In the Babemba tribe of South Africa, a 'reconnection' ritual is made for a wrong doer. The culprit is taken to the centre of the village, where the tribe surrounds him and for two days say all the good things he has done. The tribe believes that, man has a good heart but is prone to mistakes and wrong doings as well. The ritual therefore helps to reconnect him with his good self. 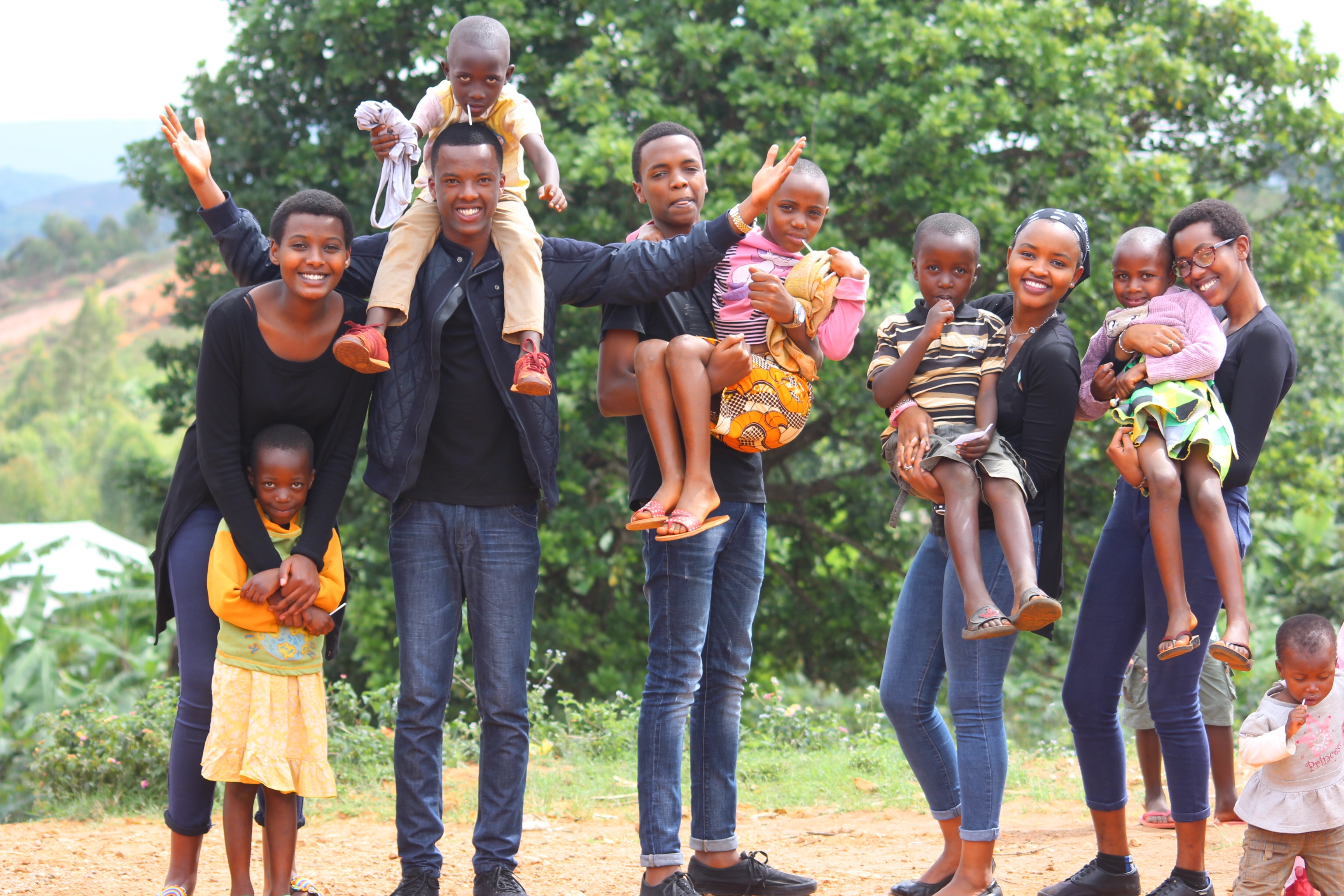 Why did you choose this place.
Amongst the lot, why here?
Gangy streets, vulgar tongues,
Bloody knuckles,
The only artworks places like these hold,
Besides the graffiti
All over the police quarters.
Terror finds comfort,
Drugs intoxicate the air,
Mums juggle toilet babies,
Skeletons play tennis.
The closets were too lonely.
But guess what?

The clouds emptied themselves,
A rainbow flashed its ROYGBIV,
From the top of the old basketball courts,
To Freddie's diner.
She looked beautiful,
Had the innocence of a baby.
She cared less about the crimes,
Nor the gangy streets,
Nor the vulgar tongues,
Nor the bloody knuckles.
Neither did she criticize the mums who flash out their babies,
Who fed off the streets' crumbs,
And the pockets of vagabonds.
'5 minutes for a Cedi'
The sex anthem went.
Daddy left home early,
Without putting a roof over her head.
Mummy said "You're old enough
To make a living for yourself now"
Uncle says "Come sleep with me
And I'll make you rich"
What happened to sanity and morality?

"Virginity is not dignity,
But the lack of opportunity."

We play this harp without second thoughts.
Wished the idea was just to rhyme,
Wished the words didn't mean
Exactly what they meant.
But no, no,
The words say it all,
And mean every letter.
You can't blame them though.
They were too young for 9 months,
And too pros for the abortion procedures.
At least for once,
They found something they are good at,
For once,
They found their expertise.

Maybe you can't change people after all,
But that's no excuse
To leave them ajar.
Like the rainbow,
Just a smile will do.
Like the clouds,
All we can do is to love and cherish them.
Yes they are ugly,
Yes they are too ragged up,
Yes they are.....
We are no judges of people,
At least they present their skeletons wholly,
With pride, without shame,
Recklessly, for all to see.
Isn't that enough courage?
Isn't that enough genuineness?
What about us?

Cite This Article As: Christopher Tawiah-mensah. "What about Us?." International Youth Journal, 21. June 2018.