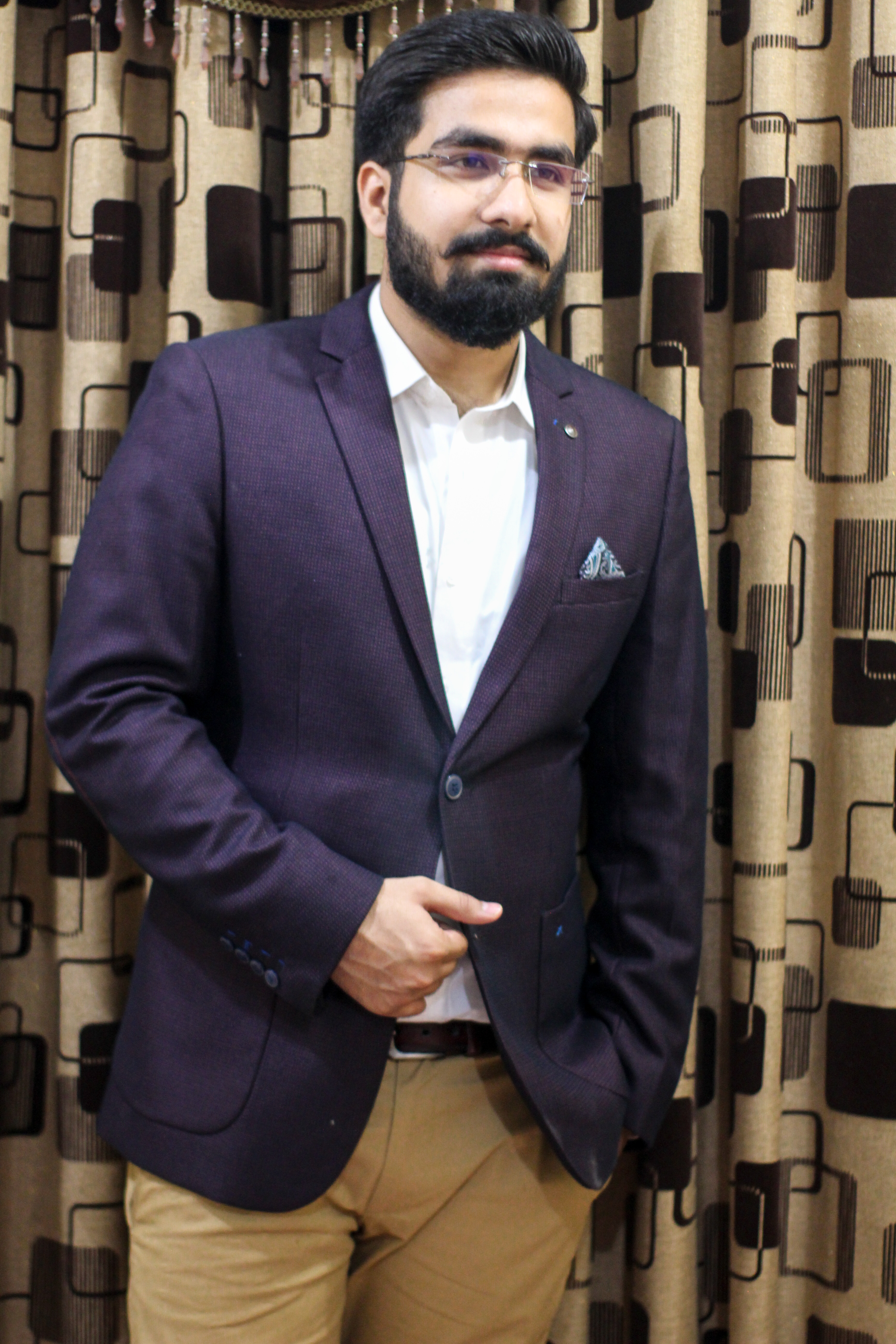 Transgender community are no alien creatures to this world yet the fact that no one wants to talk about them cannot be let alone. They are deemed as an intruder to this world and their peculiarity is still even and prevailing. Their unacceptability has posed a question mark on humanity. The time has come to phase out these stereotypical scrutiny, open arms for them and make the world a better place to live in. 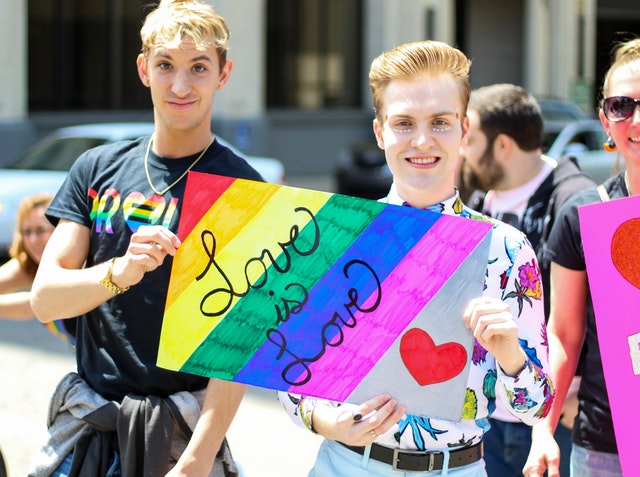 I certainly long that there must be a choice to a children to pick the sexual orientation he/she wants to be before their introduction to the world, a male, a female or the one that we don't more often than not discuss, the one that comes thoroughly out of the spectrum or we can say nobody desires to be because of what a transgender goes through. In any case, the truth portrays an altogether extraordinary picture since it's not we who get the opportunity to choose our gender, even while counting on choices of sexual orientation I didn't take the trans as an option since one rather beyond words wouldn't think about it as a decision, bearing this in mind, a question that frantically should be in light is consider the possibility that a child is by birth a trans, since he was not the one to choose what he is, so for what reason is he the one to blame for what he is.

On grounds like male chauvinism, honor killing, early marriages, family burden and so forth, every sexual orientation in being have issues that may pulverize an individual to be the one yet the sentiment of being concealed, unheard, disliked and above all undesirable would drag an individual into an express that just goes topsy turvy and more profound which in the long run gives it a slight edge on being the worst of all. Have you at any point in your life felt like you are of no use to this world like you are the least wanted individual alive on this planet? Nobody cares about you and nobody tunes in to you, No you could never except if you are a Trans. That’s the perks of being a transgender. They are the chunk of population caught in the profundities of isolation, they are the ones who got the chance to hear "You're not very lady like, "You ought to be prettier." But you're not a lady.

Who are these individuals? What's more, what does it feel like to be a transgender, is it something like they're conceived in a wrong body or is it some sort of a specialized mix-up in their shaping. These may be the inquiries that they are supposed to answer or even to hear them habitually. However, on a contradictory note that is not precisely how I would state it. What I believe is that they do have the correct body, yet it's more or less the same as it’s terribly fails to grow in a way they desire it to. They could likely meander on forever about how it feels like to be Trans. In any case, I think at some point it comes down to dysphoria a bit, particularly gender dysphoria and especially for them at least. ‘‘Gender dysphoria, the name of being everything from numbingly discouraging to horrendously harmful. In addition to this, It feels like ‘’something’s-wrong’’ expression has become immortal and maintained its tenacity throughout the life you can't perceive quite rightly yourself in the mirror, or never feeling at ease in those costumes you're supposed to wear. It's never truly feels like you're you, such as something's in every case marginally off, like you're simply having an impact in a demonstration rather than really being you.''

There may be exceptions but these extremely overlooked species are no strangers to this world: the idea of not feeling good in one's introduction to the world assigned sexual orientation has been around since the fabrication of infinite hole. Transgender individuals originate from varying backgrounds. They are siblings and sisters, children and girls they are your neighbors. They can be a 7-year-old kids and 70-year-old grown-up, speaking to all racial and ethnic foundations, notwithstanding that, they're neither a young lady nor a kid, they're neither your sister nor your sibling. They can't be called she since they're not "her" and they can't be called he since they're not "him"

After all these years of development, modernization and enhancement, I can’t really talk about other countries but as far as Pakistan is concerned, this really surprise me to see that people all around still treat these ‘’not-really-human’’ community as an intruder in this world, like they’re some sort of inhuman or alien species. Talking about facts, it’s really been a long time that transgender community have been segregated. Being a human they don’t really deserve the discrimination they face. With elevated effects of technological and intellectual advancement the discriminating outcomes and serious isolation of this community can also be explicitly seen. A portion of the particular issues confronting the transgender network are:

Documentation of national identity – The far reaching absence of trans gender’s true identity recognition has been the most disgusting dispute over the centuries, it has some significantly negative effects on their lives including the record of their very own existence, access to crisis lodging or other open administrations. Speaking of absence of the only record of their presence, they can't travel, register for school or access numerous amenities (that are account for fundamental necessities of life) without it.

Unemployment and poverty– Owing to the negative connotation that we have attached to the word ‘transgender’ and with truancy of genuine national personality gets proof joblessness for transgender people. An overview directed by the National Transgender Discrimination Survey (NTDS) results around 15 percent of respondents were living on the edge of breakdown and showcases genuine needs because of the way that they were making under $10,000/year. Bringing the previously mentioned truth in light unemployment turns into the explanation behind destitution. In addition, Being the individual experiencing practically identical concerns like joblessness and like many of us do, and being not ready to deal with the expense of fundamental living necessities can truly understand what these people go through, which eventually results in vagrancy or lead people to partake in underground economies like drug deals or survival sex work, which can put people at extended risk for mercilessness and brutality.

Humiliation and harassment–Well harassment and stigma are no alien thought for a trans. These individuals have been the victim of this extraordinary harassment, bullying and hooting for centuries on grounds like being sexually instable, socially freak and explicitly savage. People all around consider this community as a non-human species and take them for granted. They perceive the Trans as a commodity and as a means to provide sex and calm their brutality. Talking of the perception it is conceived as a shameful act to be related to a transgender in anyway and whatsoever. Parents refuses to undertake their Trans child, siblings decline to associate with their Trans siblings because of so called shame that they would bear. They were literally never accepted by anyone and have nowhere to go to, so they end up doing prostitution which they think is feasible for their survival.

Dearth of legal safeguards– With all this violence happening with them doesn’t get condemned by any law or act. Approximately 500 transgender people get killed every year and thousands of them get bullied, harassed and humiliated on a daily basis but since there is no anti-discriminating or anti-violence law for transgender community has been enacted by the Government of Pakistan to keep the rights of Transgender people intact, no one is held accountable for whatever they do with these people. enactment explicitly intended to restrict transgender individuals from getting to open restrooms that compare with our sexual orientation personality, or making exceptions dependent on religious convictions that would permit oppression trans individuals.

Hurdles pertaining to basic Necessities – Since there isn't any lawful verification of their reality, very little of their information is on record which makes it hard to assemble yet the data we do have reveal a social insurance framework that isn't addressing the essential necessities of the transgender people like healthcare, education and jobs. Aside from the general ward for transgender in Pakistan Institute of medical science (PIMS) there isn't any facility in existence to address their calamities. Keeping aside the “Gender guardian” school for transgender nobody is eager to educate these outsider animals. What's more, with the exception of Kohinoor news channel nobody is opening their arms to offer occupations to these individuals.

Apart from every one of these issues faced by transgender community, bearing the hatred of people, being manhandled for and prohibition of eating with other human beings are some of the factors that they face in their daily life.

With all these years of education, experience and exposure I come to believe that being a transgender is not physical issue but rather a psychological disorder related with other people who are purported "physically fit". To the degree of my insight I most likely am right in believing that Trans aren't the one to blame for what they are nevertheless the people who are rationally debilitated and are obtuse to think Trans are a nuisance to the society. People need to comprehend and learn that being impartial on sexual orientation isn't a crime it's a quality that must be earned. After all it's not their fault that they are brought into the world in this, it's God's will. This is the impression of instincts that continue drifting around my brain. This intrusion that I need to expel from my society has turned into my ulterior motive.

Moreover, to cater these issues the world is getting a bit better day by day. Yet at the same time we need more endeavors and activities like “gender guardian school” in Lahore, “general ward for transgender in Pakistan institute of medical science (PIMS)” and Kohinoor News channel. And for that we need to bring in evidence the revolution for them by changing the frame of mind of people and eradicate this negative connotation from the word transgender. It keeps weakening the very foundation of our society like a termite. We people need to understand that they are equally human as we are and as human they ought to be respected and taken care of. They should be heard, seen and loved by other people. We need intuitions that paves their way to a prosperous life.