"Climate is not the only stressor on the Earth system—other factors, including resource depletion and ever-growing human consumption and population, are exerting enormous pressure on nature’s and society’s resilience to sudden changes"-NRC reports 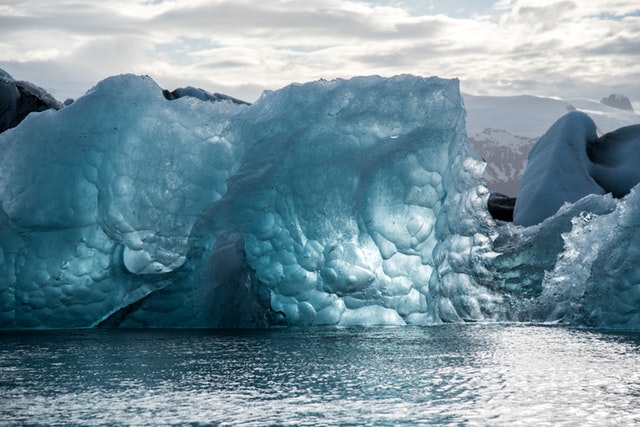 From the west-wing in Washington DC to the Kremlin in far away Moscow, there is no gain saying the obvious given observatory data and basic follow-up trend as it involves the duo of Vladimir Putin and Donald Trump. The two leaders who has been on a bromance show of unusual friendship since the American president got elected in November 2016, the rest of the world has remained startled both in silence and folded arms.

On a larger scale, the two has become the immediate superstars of gross populism and contrived politics. Staunch hardliners on Generally accepted global norms, conventions, and practices. They have gradually turned into political aliens whose belief system and arguments do not fit into any commonsense value of liberal politics. Indeed, they are proven cases of global mutants whose programs and policies are only in compliance with the wild.

From Liberalism to civilized democratic practices, their compliant level seems to be at the lowest ebb of global realm. Shockingly, these two nations in terms of civilized democracy and liberal political ethics, shares absolutely and completely a parallel philosophical concord. Yet, one wonders the apparent love lust which now exist between these two leaders whose nations from time immemorial rarely aligns with a common vintage base in terms of Global best practices and cultured programs.

While a majority of Americans do not agree with the new found Americanism in president Trump, Russians on the other-hand seems to have no choice in the political cravings of their autocratic leaders who obviously is on a mission to surpassing the political trappings and fundamental misgivings of Joseph Stalin.

Despite scientific researches, paper reviews,media publications and apparent cases as experienced around the globe, both Trump and Putin have since refused to join hands with other world leaders in tackling this scourge called climate change been referred to as Global Warming. This menacing scourge in recent past have caused serious destruction unto the earth, resulting in landslides, moon-slides, Mountain falls, Hurricanes, and Tsunami. It occurrences has resulted in the death of millions of persons alongside the destruction of properties.

Based on observatory data and known theoretical labels, sciences have been able research deep into earth geological and geographical past through labelled findings from borehole temperature profiles, cores removed from deep accumulations of ice, floral and faunal records, glacial and periglacial processes, stable-isotope and other analyses of sediment layers, and records of past sea levels. Other physical evidence includes arctic sea ice decline, cloud cover and precipitation, vegetation, animals and historical and archaeological evidence.

Climate change is model by factors resulting from biotic processes, variations in solar radiation received by Earth, plate tectonics, and volcanic eruptions. However, in recent time and from in-depth scientific analysis, certain human activities has been reported to be the primary causes of this anthropogenic forced change which is now been referred to as "Global Warming" which causes an unusual change in the statistical distribution of weather patterns or in the time variation of weather within the context of longer-term average conditions, defined by the World Meteorological Organization.

According to the National Research Council in a report published in 2001 entitled "Climate Change Science: An Analysis of Some Key Questions", it observed that national policy decisions made now and in the long-term future will influence the extent of any damage suffered by vulnerable human populations and ecosystems later in this century. This report basically endorsed the findings of the Intergovernmental Panel on Climate Change (IPCC), which provided a concrete, objective, scientific view of climate change and its political and economic impacts.

Similarly, in a related study as published by the NRC in 2013 entitled 'Abrupt Impacts of Climate Change: Anticipating Surprises", the NRC highlighted knowledge about potential abrupt changes and abrupt climate impacts and categorizes changes that are already occurring, have a high probability of occurrence, or are unlikely to occur. Because of the substantial risks to society and nature posed by abrupt changes, this report recommends the development of an Abrupt Change Early Warning System that would allow for the prediction and possible mitigation of such changes before their societal impacts are severe. Consequently, Abrupt Impacts of Climate Change makes the case that the time is here to be serious about the threat of tipping points so as to better anticipate and prepare ourselves for the inevitable surprises.

In a summary analysis, the report took a stern argument as it quote thus "The rate of climate change now underway is probably as fast as any warming event in the past 65 million years, and it is projected that its pace over the next 30 to 80 years will continue to be faster and more intense. These rapidly changing conditions make survival difficult for many species. Biologically important climatic attributes—such as number of frost-free days, length and timing of growing seasons, and the frequency and intensity of extreme events (such as number of extremely hot days or severe storms)—are changing so rapidly that some species can neither move nor adapt fast enough"

In chapter three of this report, entitled "Areas of Concern for Humans from Abrupt Changes", the report stated thus; The world currently has a population exceeding 7 billion (and is likely to grow to ~9 billion by 2050) and an estimated ~850 million are already considered food insecure (Godfray et al., 2010). The challenges of food security today are driven mainly by poverty, the lack of access to food, and poor institutions (Godfray et al., 2010). Even a slight added impact from climate change, therefore, could lead to significant, abrupt, and problematic food shortages".

From Haiti to Puerto Rico down to Italy, the list of countries are endless amidst other nations who have suffered series of devastation and environmental catastrophe as a result of this global pandemic called "Global Warming". It is a reality among men whose continues activities have tempered the natural Eco flow of nature's resources.

For Donald Trump, climate change is either non existence or it remains a hoax orchestrated by scientific lies. According to the 45th president of the United States, there isn't enough evidence that validate the existence of the nomenclature "Global Warming" as it were. The American president is of the opinion that climate change has no connection with Global Warming in that the variations are as a result of natural processes and environmental changes. In other-words, both Trump and Putin do not believe that climate change could be caused by the activities of man and other physical green house effects. They do not share the opinion that the excessive industrial flares and unholy chemical substances been exposed through the air spaces due to man's industrial activities could alter the natural flow of the Eco-system and earth balance.

The extreme of it all was when he vehemently pulled out of the Paris agreement on climate change, stating very laughable concord why his government will no longer be in alliance with other world power house in tackling the menace of climate change. The Paris agreement which was signed in 12 December 2015 is a signatories of over 195 countries aimed at increasing the global average temperature to well below 2°C above pre-industrial levels; and to limit the increase to 1.5°C, since this would substantially reduce the risks and effects of climate change

This is indeed an anti-climax coming from the US president given the glaring and very obvious reality which now stares us all in the face. Ironically, the United States have suffered more hurricanes in recent past and this would have been enough evidence aside scientific report in getting a president Trump right back at the table of discussion. But alas, what else do one expect from a man who have live his entire life doing reality shows, and organizing fashion pageant. To him, this is still a movie scene which will definitely fizzle away unto the next level.
This might still be a joke for a President Trump whose cravings and indulgences ever since he became president has been more of a political joke and unhealthy social banter which is more of a political melodrama than serious government innovation and policy programs.

At the just concluded 24th Conference of the Parties to the United Nations Framework Convention on Climate Change held in Poland, the COP24 President Michał Kurtyka during the plenary session concluding the summit in a well though summary "Our common efforts didn’t consist solely of producing texts or defending national interests. We were conscious of our responsibility to people and commitment for the fate of Earth, which is our home and the home of future generations who will come after us“

Despite the defiance of both president Trump and Vladimir Putin, the agreement reached in Paris some 3-years before have been adopted officially and taken by all parties involved at the COP24 climate conference.