Following the United Nations Conference on the Human Environment in Stockholm in 1972, several African countries created National Environment Authorities to increase environmental awareness among the people. 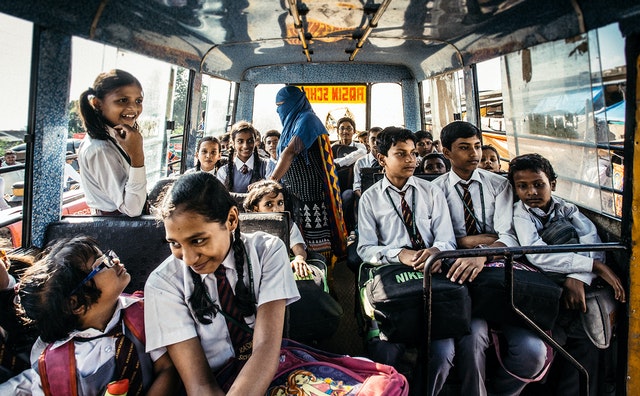 In recent years, many of these countries have also established Ministries of Environment and National Resources. In countries like South Africa, Namibia, Kenya and even Zimbabwe, environmental management and practices have been incorporated into primary, secondary, university and college curricula. Notwithstanding these laudable efforts, environmental illiteracy is still widespread at grassroots, among industrial and business executives, economists, civil servants, policymakers and implementers. This state of affairs underscores the failure of environmental education to integrate the underlying socio-economic causes of environmental degradation and pollution. Lack of funding and sound evidence-based comprehensive environmental policies and laws coupled with poor enforcement machinery have further reduced the effectiveness of environmental education.

To develop effective environmental education, there are key questions which must be answered. For instance, in 2018, Kenya introduced a 90-day ban on charcoal and as well-intended as the reasons were, its enforcement was wanting. This is because it was not well thought out at the onset. They should have adopted a participatory approach which empowers people to shape their destiny in urban as well as in the rural areas. People who do not own land they cultivate or live in can hardly be expected to invest in environmental protection and pollution control. How do we convince rural people who depend on fuel-wood as the sole source of energy to conserve trees when they are not provided with an alternative cheap source of energy that match their level of skills? With declining household food security how can they appreciate environmental education let alone conservation when their social condition and their political participation are given low priority? What conditions will make people accept that environmental conservation and biodiversity conservation have long-term benefits which outweigh short-term gains?

The starting point should be listening and learning from the people who are expected to conserve the environment. In this way, environmental activists and educationists will readily appreciate the existing problems and be in a position to develop effective strategies to accomplish the task. For example, the Batwa a minority community in Uganda traditionally relied on the Bwindi and Ghaginga forests for a living. They rarely cut tree species which they knew required many years to mature. They used to cut tree species with short regeneration time. They would never plant millet in fields where they had previously grown sorghum because yields would be poor. Clearly, these people were environmentally literate and their traditional knowledge should not be dismissed when educating them concerning better ways of protecting the environment. When the Ugandan government gazetted the two forests as national parks in 1991, the Batwa were effectively rendered landless as they could no longer have free access to the forests on which they had depended for their subsistence.[1] As demonstrated from the foregoing paragraph, that is not the way to get people invested in environmental protection.

Undoubtedly, the people who need intensive environmental education are the policymakers, business executives, and those who are steeped in the capitalist model of development which hold nature in avarice and profit. These are the people who need to be convinced on the huge costs of making wrong environmental decisions and the urgent need to stop the tyranny of the acquired avarice and conspicuous material consumption. It is no secret that Africa does not have the financial capacity to meet the costs of cleaning up polluted air, water and soils as well as that of litigation and medical costs. Our best hope lies in preventive measures such as effective environmental leadership training at all levels and intensive environmental education through schools, colleges, universities, workshops rather than in the current react-and-cure approach.

At the very least, environmental education should create awareness and convince the real culprits of the importance of getting environmental decisions right at the onset of any project, social or economic. It should emphasize that it is not enough for example, to only know the price of say sand, timber and fish for short-term gains. It is imperative for people to know the consequences of sand-harvesting, over-logging and over-fishing. Another area of considerable importance is related to biotechnology[2]. Although it has great potential for increasing food production[3], the present situation where developed countries use genetic resources derived from developing countries to increase food production and for medicinal purposes in their countries without paying for their use can and has caused conflicts in the recent past. Approximately 65% of the world’s genetic resources are found in developing countries. What this means is that Africans have the right to the use of these natural resources, and to understand the possible environmental hazards posed by the release of genetically modified/engineered plant and animal species.

Environmental education must, however, not stop at just creating awareness. It should include the training of environmental managers who will be responsible for environmental issues in ministries, industries, county and federal governments, institutions and at grassroots level. This should start with policy-makers and other elites, who since the Stockholm Conference have paid lip-services to the creation of an enabling environment that is conducive to the provision of the basic human needs: that is, food, housing, clean water and good health within the life supporting capacity of Africa’s ecosystems. Instead, they have promoted greed and unsustainable consumption. They should be educated on the importance of formulating comprehensive regulatory legislation and enforcement mechanisms to stabilize and to reduce environmental degradation and pollution. Such legislation should go hand in hand with establishment of a well coordinated waste management industry. Policymakers and the elites should take the lead in recognizing and, emphasizing the importance of such industry in keeping the environment clean, reducing the cost of waste treatment, and in job creation.

While waste management in urban centres requires new knowledge and skill-set as well as training for managers and operators, in rural areas environmental education should focus on adaptive training to modernize the traditional approach without completely disregarding it. Since people at the grassroots are the true custodians of Africa’s natural resources and food security, environmental education should empower the people to be the change makers and agents for economic and social transformation of the continent. Popular participation should not be lost in rhetoric but should translate into a reality which can be achieved by everyone who is committed to the future of the continent.

At the end of the day, the bottom line to effective environmental education and management remains political will to create an enabling environment that is conducive to the provision of basic human needs. It is that WILL that will inspire governments and empower African people to take charge and shape their own destiny.

The tragic irony of our continent is that many of our leaders, despite being fully aware of the environmental crises that we face, still spend more of their countries resources to acquire guns and other military hardware as part of their schemes to retain and centralize power. In so doing they have become the architects of environmental degradation and pollution. It is rather disheartening that Africa which leads the world with respect to plants and animal species and varieties is constantly faced with the threat of hunger and food insecurity. Environmental education will only have an impact when our leaders remedy their internal distortions in vision and practices. African leaders and policymakers must put their acts together and act now on environmental education and other issues.

In conclusion, we must acknowledge that the environmental demands of our continent and planet must surely supersede the human quest for the accumulation of wealth. The grand delusion in which many of us still live in must end. Environmental training at all levels needs to be properly coordinated if we are to achieve our desired objective – environmental protection and pollution control.

[2] The manipulation of plant and animal species by controlled breeding and genetic engineering.