Barely thirteen hours later, just like a scary action thriller, there was a second shooter at Dayton, Ohio who opened fire killing nine persons with several injuries as mark on other victims. Indeed, both the city of El Paso and Dayton not only mourn their losses, they buried their loved ones in pain and grief as Millions of Americans joined voices together in calling for a strident gun laws. 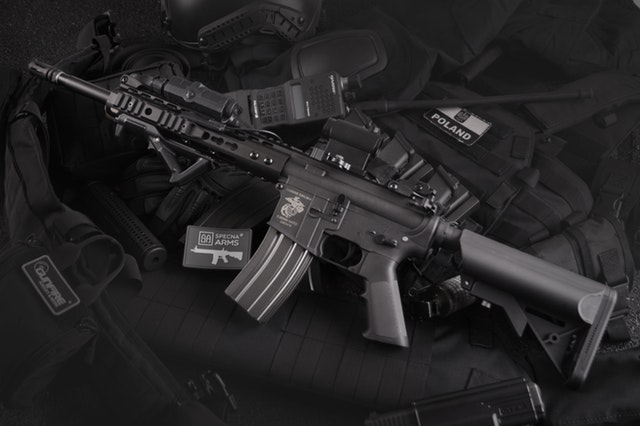 Jordan and Andre Anchondo were shopping for school supplies at the Wal-Mart stores on Saturday August 3rd In El Paso, Texas, when suddenly the gunfire started sporadically. Jordan immediately shielded her two month old son from the hail of bullets, while her Husband Andre quickly jumped in front of her. Their infant son survived but the couple who recently celebrated their one year wedding anniversary was among the twenty two person’s killed in the deadly shootings that occurred in the city of El Paso. Terrible as it seems, one thing is certain and that is the painful memory that will linger-on in the heart of their now orphan son who will grow up and remember the terrible mass shootings that killed his parents as a result of reckless gun laws.

Barely thirteen hours later, just like a scary action thriller, there was a second shooter at Dayton, Ohio who opened fire killing nine persons with several injuries as mark on other victims. Indeed, both the city of El Paso and Dayton not only mourn their losses, they buried their loved ones in pain and grief as Millions of Americans  joined voices together in calling for a strident gun laws.

The fate of these two cities in the wake of these gory attacks suddenly went cold as both mourners and sympathizers held down their voices in absolute pain and anguish calling out the role of the Trump led administration that has inadvertently led to a heightened tension towards the rise of gun violent crimes in relations to hate and bigotry statements steaming so resoundingly from the office of the president in recent time. These misgivings have led to the unholy rise of white supremacist attacks majorly on minorities erroneously perceived as “invaders”. A term authorities have confirmed was used by the El Paso shooter who surreptitiously left an anti-immigrant note prior to the attacks. Unfortunately, this is a term among other bigotry comments Donald Trump have consistently used both on twitter and during campaign rallies referring to immigrants as being on an “invasion” break into the United States.

The United States has witnessed more gun violence in recent time than any other nation around the world. From San Bernardino to Orlando down to Parkland, the spate of wanton killings in the United States as a result of mass shootings majorly in schools, nightclubs, and shopping malls have continued to give not just adults goose pimple of apprehension, it has also, given rise to very unfortunate fear among young school students who now perceive the environment of learning unsafe. Considering her tense and volatile political climate where hate and bigotry thrive, the United States falls sharply in ascending order of greater proportion as one of the worst hit in terms of gun violent attacks that majorly results in mass shootings.

According to a study from the Global Burden for Disease and injury collaborators in a 2016 report, there have been more firearms related deaths in the America’s with Brazil and the United States topping the death charts. According to the report, over half of all related firearm deaths in 2016 took place in just six countries –all in the America’s. While Brazil tops the chart with over 43,000 deaths, the United States closely marked this figures with over 37,000 firearm related death markedly followed by Mexico, Colombia, Venezuela and Guatemala. It is worthy of note that between  195 000 and 276 000 firearm injury deaths globally in 2016, the majority of these were firearm homicides. Homicidal death takes two thirds of all gun related death in 2016 on a global scale with few account for suicide and less than 10% for accidental injuries as a result of firearms.  Firearms is the second leading cause of death in the United States for American children and teens, and the first leading cause of death for Black children and teens. With a homicidal rate 25 times that of other countries with higher income, it is estimated that nearly 1,700 children and teen die by gun homicide yearly (Majorly domestic) under the age of 13. This number is 14 times more in close reference to Black children and teens of same age -Supplementary Homicide Reports (SHR), 2013 to 2017.

Figures from the CDC firmly indicate that out of the over 37,000 gun deaths in the United States in 2016, mass shootings accounts for a little fraction with suicides and homicides taking the lead. According to the Center for Disease and Control, over 22,000 firearms related death were gun suicides, while about 14,000 cases arises from Homicides with 71 situations being a case of mass shootings. A total of 1,305 firearm related deaths stems out from other accidents inclusive of war casualties and accidental deaths.

Gun violence in the United States remains one bane that has continued to eat deep into the moral structure of the American states with its effects both disturbing and alarming. Statistically, while it will be one herculean task to ascertain the data of guns around the world as used or owned by civilians, a 2018 report by the small arms survey shows that over 350 million guns are owned by civilians in the United States with a majority been military -styled assault rifles. Closely followed by Yemen whose numbers are far behind the figures in the US?

According to the Gun Violence Archive survey, there have been 250 mass shootings this year with the El- Paso’s case numbered as the 249th mass shooting incident. Based on a definition given by this nonprofit, any single act of gun violence which claims the lives of four or more persons with the exclusion of the shooter is referred to as “mass killings”. To this end, using the analysis of the Gun Violence Archive and Fact-Check, it will be revealed that they have been 31 cases of mass killings out of which 20 have led to the death of more than four persons inclusive of the shooter while 13 have been a case of domestic situations.

While federal laws requires strident background checks on those individual who patronages federal arms dealer, the law is relatively silent on those who either purchases firearms from privately owned gun companies or uses a back link channel via the internet to own a gun. This is basically what a universal background checks could tackle if out all such bill is passed and subsequently vetoed by the executive. Published in March 2019, a study by the Journal of General Internal Medicines observed closely that they will over 15% reduction rate of gun instigated homicidal related incident if only a  universal background check is achieved.

While many Americans frown at the present laws guiding gun control that has given rise to mentally inept and unstable individually acquiring guns which have made the nation very much unsafe as a result of more guns in the hands of civilians, the NRA think otherwise as they are of the opinion that access to gun creates a safer society. The National Rifle Association remains a powerful consortium who spends millions of dollars on budget as lobbyist influencing members of congress on gun policy aimed at a perfect gun trade market.

The NRA has subsequently increased her budget plan strategy cost from $3m to about $7m in 2017 based on a record from the Senate Office of Public Records.

Gun violence is an abnormal edge that makes a society constantly seats on the keg of a gun powder. Its resultant effect is usually devastating as it comes along with horrible pain, tension, and grief. No sane society keep guns in the hands of every civilian most especially those with mental health issue and a disturbed mind. The rise of extremism, fascism, and white supremacist movement should at all times make leaders of civilized democracy around the world understand the best policy in achieving a safer nation most especially a sane environment where if at all gun owners compulsory undergoes a universal background check alongside gun dealers.