The Irish back -stop is an insurance policy which prevents a harder border control on the Island of Ireland. This is meant to prevent a re-emergence of a harder border on the Island after Brexit. A contrary option will no doubt plunge the UK on a tight economy corner which invariably might hinder economy growth and fast pace social reconnaissance. 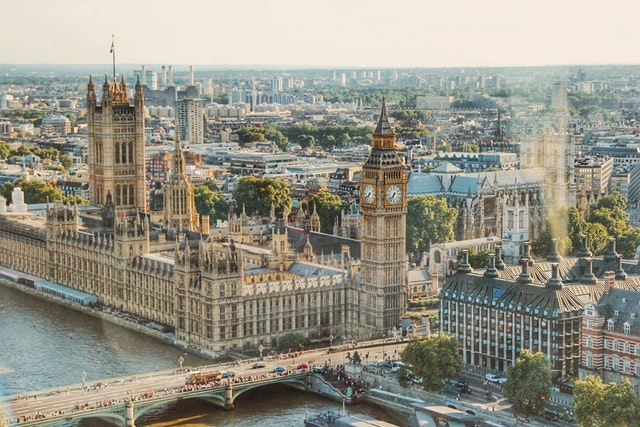 The tension at Westminster seems far from a near end as Prime Minister May continues to hit a brick wall with lawmakers over her negotiated Brexit deal. The Prime Minister who was forced by Members of Parliament to come out with a well plated plan B deal after her Brexit proposal deal presentation to the House of Commons suffered a disgraceful and terrible rejection across either side of the political aisle, stormed parliament with her newly crafted Brexit plan B. It was indeed a moments of reckoning as Theresa May made fierce eye contact with MP(s) most especially those who opposed her negotiated deal made with leaders in Brussels.

After the terrible defeat which heightens as one of the most painful lost by a Prime Minister in the annals of Britain politics in parliaments since 1924, one would have expected Theresa May to threw-in the towel given the magnitude of vote loss after lawmakers voted graciously against her proposed Brexit deal.

MP(s) voted by 432 votes to 202 to reject the deal, which sets out the terms of Britain's exit from the EU on 29 March. Indeed, it was a loss not even Theresa May could have imagined regardless of naysayers prior to the vote on her Brexit deal.

The terrible rejection of her Brexit deal on the floors of the House made her withdrew her plan A Brexit deal. She was however forced to gathered her acts together as she left the heart of Westminster Tuesday 15 January 2019 to Downing street where she sneakingly entered the famous Number-10 through the back door. It was a landslide defeat which apparently cast aspersion on the moral structure and confidence level of the British PM who has spent over 2 years trying to market her negotiated Brexit plan to both skeptics and non- Brexit hardliners.

The Brexit struggle which started in 2016 saw the quick resignation of former Prime Minister David Cameron whose stance on Brexit got defeated through a referendum process by a slight percent margin (52 percent to 48 percent) in favor to those who voted against his stance based on his preferences for the UK to remain in the EU. This was the referendum which brought about the Brexit negotiation process as Theresa May took over the reins of power with the simple task of delivering Brexit as it were. A beginning to a near end as many may assumed, obviously became an absolute clash of the titans between Brussels and Westminster. Two years after, the uncertainty of a positive Brexit seems an obvious reality as Theresa May tries to convince MP(s) in accepting her negotiated deal with EU leaders.

Though, it was a defeat for Theresa May, the reverse made it a win for several kinds of personalities whose stance on Brexit contrast that of the PM. Firstly, it was a win for non Brexit adherents who during the referendum voted to stay in the EU. To this group of persons, if Theresa May fails to achieve a positive Brexit move which indicates a no deal Brexit, then there a likelihood of a second referendum. Secondly, Ms May crushing defeat in parliament translates into a win for those who argue that her Brexit policy and negotiation needs a total overhaul and absolute re-alignment with the leaders in Brussels for a better deal. These are hard core Brexiteers who believe Theresa May's negotiation isn't in absolute compliance with the "Leave EU" stance for a good deal. Lastly, Theresa May moon-slide defeat meant a win for opposition LP frontier leader Jeremy Corbyn whose resentment for the PM deal cannot be overemphasized. For the likes of Jeremy corbyn, a second referendum won't be a bad idea. The Labor party front man also holds the opinion that the UK needs a strong and strategic leader to negotiate the Brexit process other than Mrs. May.

After a surprise win of a "No Confidence vote" championed by the leader of the labor party following the terrible loss of Theresa May Brexit deal, Ms May returns to parliament three days after with a new Brexit plan which was presemted before members of parliament Monday 21st January 2019. The new reconstructed plan was greeted with almost same apathy by a majority of MP(s) who felt there wasn't enough change from the former.

Reacting to her new plan B, Tory MP Sarah Wollaston argued that plan B is just like plan A. "It was like last week vote never happened." According to a majority lawmakers the presentation of a plan B Brexit position didn't respond to expectation.Despite a plan B presentation, lawmakers seems unsatisfied about what the PM deal entails. According to a majority of MP(s), the PM's new deal has no new infusion. The Irish Back-stop which seems to be the most contentious issue on her plan A Brexit deal is yet to be given a face lift as MP(s) frowns at her approach in getting Brussels to agree on a strategic negotiation deal that favors both parties fairly.

The Irish back -stop is an insurance policy which prevents a harder border control on the Island of Ireland. This is meant to prevent the re-emergence of a harder border on the Island after Brexit. A contrary option will no doubt plunge the UK on a tight economy corner which invariably might hinder economy growth and fast pace social reconnaissance. Trade deals will be greatly affected if the Irish back-stop is not fairly negotiated to ease the medium of doing business between the UK and her European neighbors. Consequently, a wrongly negotiated back-stop could keep Northern Ireland more spell bound to EU rules in comparison to her UK folks. This might not be fair to those Democratic Unionist Party of Northern Ireland, whose 10 lawmakers gave Mrs. May her parliamentary majority during the 2017 snap election where the PM lost a majority support to cements her job as Prime Minister.

Britain in recent time has become Europe biggest export market which had given the UK a master firm as a financial controller around the globe. This has indeed cements her maturity within the table of global investors whose view of Britain economy atmosphere translates into a perfect hub of doing business with great investment returns. A no-deal Brexit will no doubt affect businesses and big companies whose activities in the UK has recorded huge returns and achievements in time past. Should the UK not make good decisions about her Brexit plan on or before the deadline, then, there is no gain saying that a majority of these companies will have no choice but to jump ship for fear of a crushing business Waterloo.

In a recent message by plane-maker chief and CEO of Airbus Mr. Tom Enders, a no deal Brexit will mean a catastrophic ending for the UK. In his words, Airbus "will have to make potentially very harmful decisions for the UK." According to Tom Enders, it is a "disgrace" that the UK is yet to reach a concrete Brexit agreement which invariably is affecting certain firms at the moments who are seriously waiting for a Brexit decision before they make any new plans.

"Please don't listen to the Brexiteers madness which asserts that, because we have huge plants here, we will not move and we will always be here. They are wrong," he concluded.

An open border was a key premise during the 1998 Good Friday agreement which brought an end to decades of conflicts in Northern Ireland.

"The government still appear not to have come to terms with the scale of defeat in the House of Commons last week" -Jeremy Corbyn, leader of the Labor Party reacting after Ms. May presented her Brexit plan B. Today heralds the start of a democratic process where this House will debate amendment that will determine how we navigate Brexit," he stated.

The Brexit uncertainty might give room to the extension of article 50 as many have argued. However the case, a no deal Brexit is invariably a wrong move should the UK mistakenly leave the EU come march 29 without a deal. Theresa May must move across the aisle so as to get valid suggestions from opposition lawmakers which include hardcore Brexiteers and other MP(s) who look forward to lending their unflinching supports should Theresa May extends such gesture in a convincing and honest manner. The House seems to be in unionism on this as a majority frowns at a no deal Brexit. If Mrs. May could key into this Brexit deal alliance among lawmakers, then there is every possibility that she may just be the Joshua to leading the UK out of the EU with a good deal.

Either-ways, leaving with a good deal meant fraternizing with a whole lot of MP(s) and romancing convincingly with the leaders in Brussels. If this is done very well, then, Theresa May might just be another hero to be reckon with in the annals of British political existence.