Over the past few years, infrastructure has been the star of Indonesia’s economic growth. Decent infrastructure is an important element in development in Indonesia, which has more than 17,000 islands. 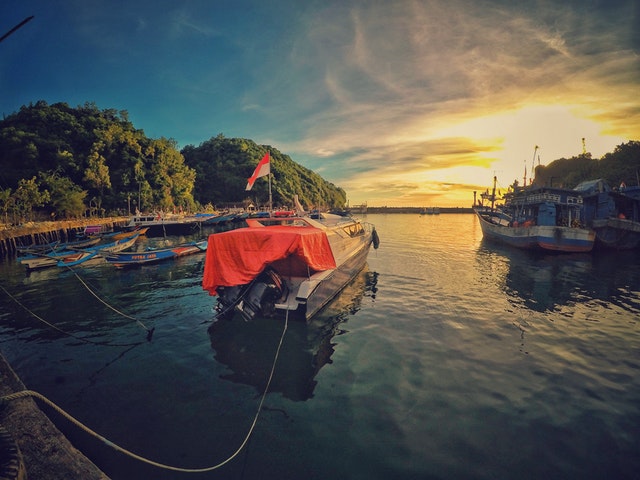 Indonesia’s Infrastructure Ambition
Infrastructure is considered as the main input to reduce inequality, increase productivity and drive the economy. The lack of quantity and quality of infrastructure in Indonesia has become a concentration in every era of government. Under President Joko Widodo's government, Indonesia has committed to developing infrastructure worth to IDR 4,796 trillion (approx. USD $358 billion) between 2015 and 2019, including developing large-scale transport, utilities and ICT, as well as new schools, hospitals, and water supply and treatment plants.

The National Medium Term Development Plan (RPJMN) 2015-2019 has been drawn up through Presidential Regulation No. 2/2015 which contains the development plan for the next 5 years to achieve the target of infrastructure implementation include: (1) Availability of infrastructure according to spatial planning; (2) The development of transportation network; (3) Fulfillment of reliable and efficient power supply; (4) Start of utilization of nuclear power for power plant; (5) Realization of conservation of water resources and the fulfillment of drinking water supply for basic needs Rural infrastructure development supports agriculture; (6) Fulfilling shelter needs supported by long-term financing system; And (7) The realization of a city without slums.

The identification of infrastructure development programs in some countries concludes that in general programs are targeted in the medium term with a focus on increasing basic needs and human connectivity, from water, electricity, energy, to transportation (highways, railways, ports, and airports). Meanwhile, infrastructure performance is a key factor in macroeconomic performance, government efficiency, and business efficiency. Moreover, infrastructure needs to global competitiveness.

Infrastructure has a significant role and diverse in development, both in physical-environmental, economic, politic, social, culture and other context. Infrastructure is a driving force to economic growth for a country. In Indonesia case which has many islands, infrastructure is the main key to boost connectivity between regions and between islands. A statement from World Bank (1994) state that an average 1 percent increase in infrastructure stock will be associated with a 1% increase in GDP.

Based on Global Competitiveness Report (2018), Indonesia ranks 71st out of economies in terms of infrastructure development. There is also a physical infrastructure gap between Indonesia and Japan about 30 points. This is certainly adding the long list of homework for Indonesia to be able to compete with other countries in the world, especially Asia.

When Indonesia developing adequate infrastructure it will have impact for economic development such as reduce high logistic costs, increase business competitiveness, create social justice when, for example, the population in some region face difficulties to reach healthcare facilities and school for children. It is widely accepted that infrastructure have positive impacts on productivity and economic performance and also give rise to large social gains.

PPP development is also supported by the Committee for Acceleration of Prioritized Infrastructure Delivery (KPPIP), formed in 2015 to expedite PPP implementation. Based on KPPIP, Indonesia has 8 priority infrastructure sectors development which includes transport (road, railway, and airports), water and sanitation, electricity, port, and information technology. Also, based on President Regulation No. 56/2018, Indonesia has 227 national strategic projects that spread from west to east Indonesia. These project use funds from the state / regional income and expenditure budget and some projects use the PPP system.

Finding financial resource for infrastructure development is possibly the biggest problem. The government must know their limits. As pointed out above primarily total of worth of investment in infrastructure, the central and local state budgets can only contribute 41 percent to the financing, while state-owned companies can contribute up to 22 percent. This implies that 37 percent of funds (equal to IDR 1,752 trillion) need to originate from the private sector.

One of the problems is, however, that-generally-there is little enthusiasm from the private sector to commit to long-term and capital intensive projects. Moreover, in the case of Indonesia, the long-term and capital intensive projects face several risks because the investment climate is not optimal. This is due to several factors such as land acquisition, bureaucracy, and change of leadership that is more priority than the previous leader.

However, it will require innovation to achieve Indonesia’s much-needed infrastructure both in term of the funding scheme, investment climate, and policy. It will take a lot of works to fulfill those targets if the government cannot build a system that is good in any way.