04. August 2020 at 09:00
by Catarina Castro
The feminist movement is being constantly marginalised by the media, causing young people to perceive the movement as non-efficient as well as toxic. Meanwhile, these same people see the first wave of feminism (the waves are described in the article) as inclusive and non-aggressive. This article contains a detailed description on how the predominating Western media platforms deteriorate the image of feminists through internalised sexism. 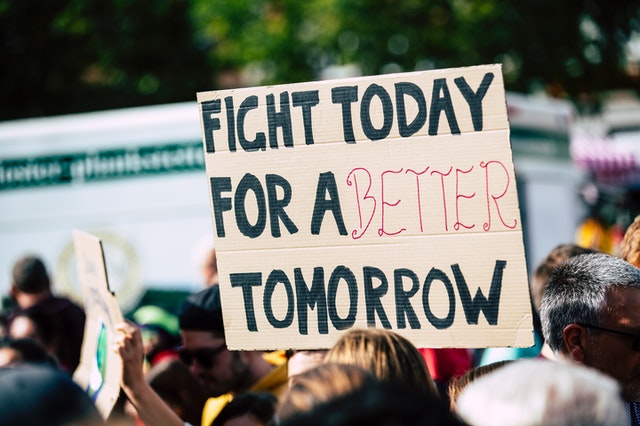 Being an advocate for equal rights without being attacked is nearly nonviable – not only because it is socially acceptable to call feminists unnecessary or overly aggressive, but also because sexism is so ingrained in our system it is nearly imperceptible. Part of human nature is to be so accustomed to the status quo, people – mainly the ones that are comfortable or actually benefit from the status quo – are inherent in changing it. The strong bond our system made with sexism since the beginning of time has given feminists a great number of complaints to do about it. With such a great amount of complaints, nonetheless, comes a great amount of time necessary to change them. That is why feminism is constantly evolving and cannot stop doing so. The media – both influenced by the left and right side of politics – has painted a specific picture of feminists, in both a subconscious and conscious manner. Journals have given the public an angry, degenerate image of 21st-century feminists, from their headlines to their stance towards women. The most prominent fragment of the media is arguably the teenagers, the "2012-Tumblr" side. While a great part of them consider themselves feminists, misinformation from the media stings them and becomes a parasite in the future.

The feminist movement has three waves: the first wave, starting on the 19th century, focused on the women's right to vote and other (but not all) legal inequalities; the second wave, starting on the mid-20th century, brought gender roles (what is traditionally "masculine" and "feminine") into light; and the third wave, starting on the late 20th-century and still in effect, started considering groups of women belonging to minorities (Asian, black, trans, disabled, and LGBTQIA+ women are just a few examples) and brought new facets to feminism – also known as the strands of feminism – as a consequence. The strands of feminism include liberal feminism (believing in women solely making a change), cultural feminism (appealing to biological superiorities in women), intersectional feminism (bringing light into how women in minorities are more subject to sexism), Marxist/socialist feminism (the belief that true gender equality can only be achieved through Communist-inspired equity), and radical feminism (in essence, destroying the patriarchy).

Doubtlessly, the Western media dominates screens and pages, regardless of the hemisphere. Although Western platforms are essentially divided into right and left-oriented, none of them portrays the rawness of leftist movements. Through a nation's perspective, that is completely understandable: the Western Hemisphere spent around fifty years of their existence disseminating their influence and containing leftist beliefs. The Cold War is over now but saying that its repercussions are not fluctuating around the globe now would be nonsensical. If you tackle the issue of the media masking leftist movements in a global perspective, on the other hand, it is inherently preposterous. The whole essence of capitalism is based on freedom of speech and other forms of liberty – "the land of the free and the home of the brave" – and these are all essentially leftist principles. What the media is doing to feminism – an inherently leftist movement – is ignoring the road society took to progression and empathy.

The New York Times, a liberal-oriented Western platform, would be expected to reflect their headlines and paragraphs at supporting the feminist movement; absolutely not. Platforms like such only cast a (fairly small) light on feminism, glorifying liberal feminism and conveying the notion that fully abolishing the patriarchy can be done diplomatically. On March 19, 2019, this platform released an article with "Carefully Smash the Patriarchy" as its headline, and "Carol Gilligan, author of the feminist classic “In a Different Voice,” reminds us that we’re all humans" as its byline. The headline solely communicates the idea that fully demobilising the patriarchal society present since the beginning of time can be done "carefully" and calmly. When the world's most powerful nation is governed by a pedophile rapist that said he would date his own daughter, it is evident that our system does not take women seriously and will not grant our human rights and essential needs with a "chit-chat." Not only women's suffrage but other social-political movements – from the protests in Hong Kong to the independence of any nation – is based on aggressiveness, because unfortunately, that is the only way our system starts noticing minorities.

The generation of the present is thankfully getting more informed, but we need an outlet to liberate the stress from all of this new information: art. From graphic design to music, Generation Z is making paintings with political issues as ink and filming TikTok videos with the mind-sticking "I might not be the same, but that's not important. No freedom 'till we're equal, damn right I support it" to show solidarity to the Black Lives Matter movement in the United States. Having art as an outlet myself, I not only support but admire these artists and think their art is bringing awareness to the internet community. The problem lies within us, however – we think that as soon as we set our lock-screens as a pink, shiny graphic design of "Fight Like a Girl" and repost a "sexism shouldn't exist" tweet, we are doing our part with fully solving sexism and misogyny. I was a victim of that treacherous thought myself, and I will never let anyone think that.

What is missing in our generation is information – the media needs to stop polluting young, future minds with socially aware images and hypocritical attitudes by influencers. When Gen Z starts looking for information, nonetheless, all they find is utopian New York Times articles that say feminists will get what they want with a sit-down with people who still think biology says they are inferior. Noticing the ingrained sexism present in our society and changing it is almost non-feasible, but the media – with its role of being the most prominent feature in our teenage, brain-formation years – has to give us realistic information not only about feminism but about all other social movements and political scandals.

Cite This Article As: Catarina Castro. "The media is putting a disguising mask on the feminist movement, and this needs ." International Youth Journal, 04. August 2020.