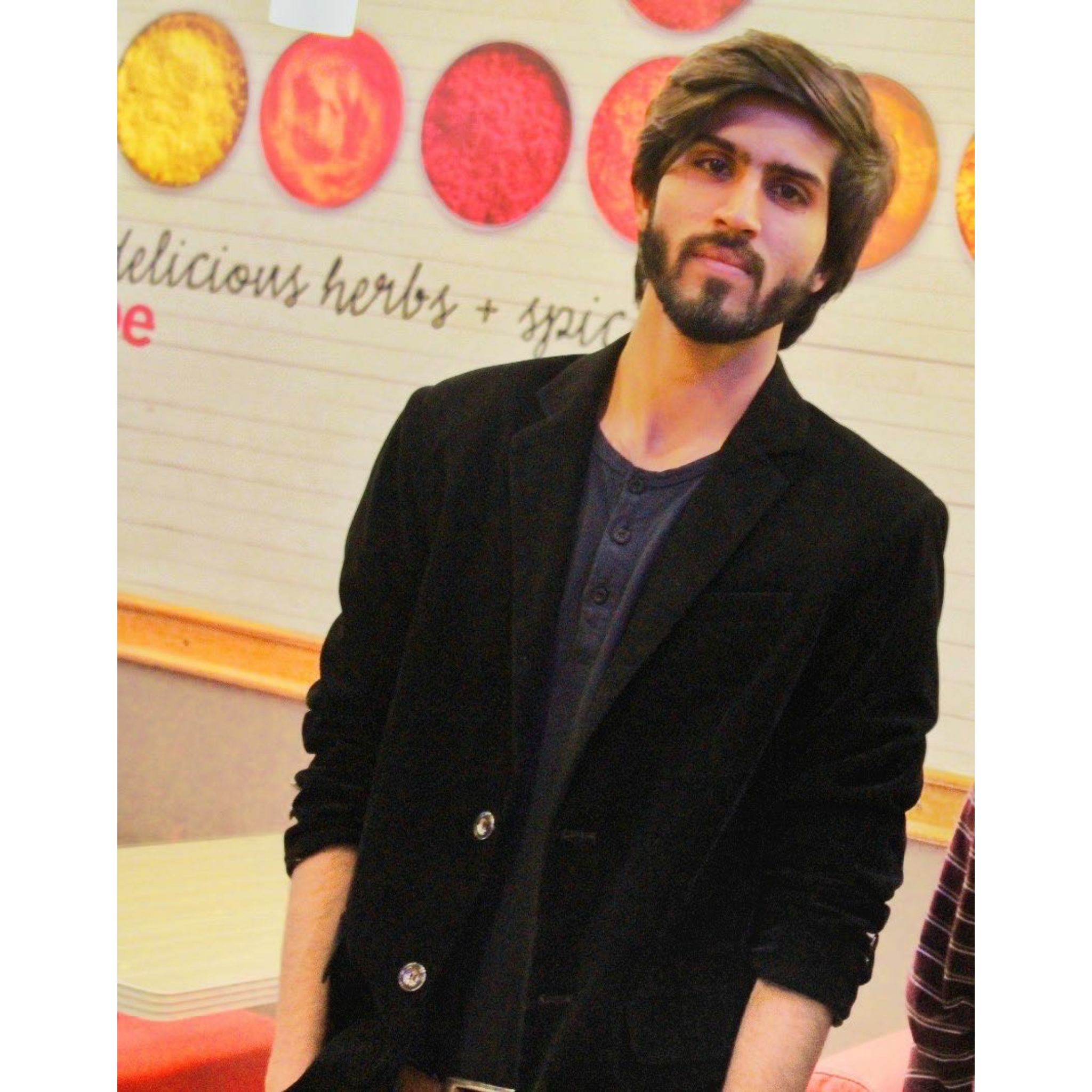 The conflict between Israeli Jews and Palestinian Arabs has endured for a century. It centers on control of territory and, as common in such disputes, is characterized by conquest, destruction, and revenge, with all the animosity and sorrow that these actions bring. Because the land in question is terra sancta to three major religions, the conflict evokes powerful passions involving identity, honor, and the propriety of cultural claims.

That its disputants employ sophisticated arguments and armaments, that they are willing to combat not only each other but rival voices within their own ranks, and that decades of international diplomacy have failed to produce a satisfactory solution, render it "one of the most difficult political problems of our time, perhaps the most difficult of them all" (Martin Buber). Marked by a series of surprising achievements, deceptions and atrocities in which each side has underestimated the tenacity and resourcefulness of the other, it guarantees fascinating study.

The conflict is partly fueled by rival normative claims that challenge our philosophical thinking. When does a community have a right to govern or possess a certain territory? Under what conditions are peoples entitled to self-determination? Are religious Claims and affiliations relevant in resolving political disputes over territory? Do political institutions, states, or resistance organizations have moral legitimacy? Is a state ever entitled to territorial expansion and conquest of foreign territory? Is violent resistance to occupation ever justified? Under what conditions and in what modes? Those who accord no place to normative assertion outside the bounds of positive law may find philosophical debate on these questions hopelessly inconclusive. Yet every system of
law emerges from an underlying level of normative thinking that differs from legal adjudication and interpretation.

Such basic philosophical reflection need not be viewed in terms of access to a separate system of "natural law" standing in competition to existing legal codes. Its conjectures are the creatures of our thinking, informed by our accumulated experience. Through them legal provisions are appraised and statutory changes recommended. No legal system is the final word about how humans and societies ought to behave, and to restrict normative thought enactments would immunize positive law from rational evolution.The need for imaginative normative thinking is especially apparent when it comes to the questions posed. Centuries of effort have generated the moral codes and legal systems that prevail in modern societies, and it should not be expected that progress in the global arena will be any more rapid. International law is not yet at a stage to provide decisive answers, but moral philosophy should be able to give inter-societal disputes more precise form and suggest approaches that may not have occurred to those with power to pass
laws and move armies.

Alternatively, a conflict like that between Israelis and Palestinians might provide valuable data for philosophy, and this volume might better serve the discipline than contemporary policy makers. The philosophical issues evoked are as difficult as they are intriguing, and if anything, the relevant normative problems have become more frustrating. With time, new realities emerge--new problems, grievances, alliances, and ideologies--each modifying the pattern of argument and reply. The conflict has long been marked by the unexpected. To the astonishment of many, a Jewish State, currently home to some 4.5 million Jews, has been reestablished after a 2000 year hiatus, and in the span of five decades has gained recognition from former antagonists. Contrary to some expectations, 6.5 million Palestinian Arabs continue to claim their traditional homeland, and a substantial segment have achieved a measure of autonomy in disputed territory. Future political developments are likely to alter the normative agenda in unanticipated ways.

Some might ask why the focus should be upon the Israeli-Palestinian conflict rather than the Arab-Israeli conflict. For one thing, the latter is a distinct dispute, and, despite interdependence, a settlement of one is not necessarily a resolution of the other. For another, tensions in the Middle East are often conceived by Western audiences in terms of inter-state relations, thereby marginalizing the grievances of the stateless Palestinian Arabs and presenting a skewed picture of the actual odds. Why not pose the conflict in terms of a Western-Arab one since Israel was created and has been sustained by Western intervention in the Near East? Indeed, why not a Western-Islamic conflict? Either choice would change the complexion of the debate, shifting focus to a different set of positions and passions.

This volume represents disparate perspectives, and it is to the credit of the contributors that they have allowed their essays to be juxtaposed with viewpoints they might otherwise oppose. (I had hoped for an even greater range, but discovered that not everyone appreciates the ecumenical approach--one prospective contributor described the project as "fraught with danger.") Their contributions address a broad array of philosophical concerns while adding important historical details. The introduction provides additional background to the main philosophical problems. Its historical survey is selective, especially on topics treated in the contributions. Its philosophy is largely expository though, in places, spiced with bits of advocacy.

Nationalism and Prejudice As social animals, we are heirs to a variety of cultural influences that shape our identities, aspirations, values, and tastes. It is not unusual to feel trust and affinity with persons of like background, to desire primary and even exclusive association with them. The result is that rich satisfaction that comes from participation in culturally specific activities, from artistic expression to sports, romance to worship. Yet the very attitudes and conventions that bind individuals also partition humanity into distinct cultural groups, even within a single locale. When the resulting contrast of "we" with "they" is added to our unenviable propensity to shift blame for our misfortunes and anxieties to others, inter-communal suspicion often results. In times of intense political competition and social upheaval this tendency can generate open hatred and persecution. What is the proper response to culturally-driven prejudice? Through what mechanisms and ideals can a society mitigate its negative impact? How should cultural minorities themselves respond?

Most educated people are aware of the benefits of variety, and cognizant that it thrives only with a significant degree of institutionalized tolerance. But when dominant majorities are prejudicial, the question of how minorities should react becomes especially poignant. Answers to it waver between calls for assimilation and demands for cultural autonomy. The former may involve anything from self-eradication of distinguishing traits to mere verbal acquiescence to prevailing norms. The latter may take the form of non-confrontational concealment, open advocacy of an autonomouscultural group within majority culture, emigration to more favorable locales and, finally, formation of a politically separate national unit through secession or relocation. The history of the Jews in 19th and 20th Century Europe illustrates the problem.

Enlightenment and economic development had brought about a gradual emancipation of Jewish populations from previous ghettoization. But liberation was concurrent with rising nationalism in countries that had commonly excluded their participation in the political arena. Because of their differences and their connections--real or imaginary--to Jewish communities in other countries, Jews were thought opposed to national interests. Antisemitism erupted in the Russian pogroms of 1881-84 and in the early 20th Century, resulting in massive emigration of Jews from Russia. Similar sentiments were widespread in other parts of Europe as well, and were vividly voiced in France during the 1894 Dreyfus Affair. In each case, government complicity heightened Jewish alarm.

Emancipation itself posed a threat. Promising integration into mainstream European culture, many Jews came to believe that assimilation was their future and that adherence to old ways would expose them to further discrimination. But others feared assimilation would dilute what was distinctive about Judaism and Jews. The Jewish community thereby faced a difficult choice: by assimilating, their distinctive culture may very well be lost, whereas opting for cultural autonomy would carry the risk of continued antisemitism. In both cases, survival of a separate Jewish people is threatened. The Palestine Mandate In the summer of 1919 President Wilson sent a commission headed by the prominent Americans Henry King and Charles Crane to investigate the political situation in the Near East. The commissioners' report, submitted to the Paris Peace Conference in August, argued that the wishes of Palestine's population must be decisive if the principle of self-determination is to rule. Since the non-Jewish population of Palestine--nearly nine-tenths of the whole--were "emphatically against the entire Zionist program".

To subject a people so minded to unlimited Jewish immigration, and to steady financial and social pressure to surrender the land, would be a gross violation of the principle just quoted and of the peoples' rights, though it kept within the forms of law (Antonius 1965, 449.) The report noted that "no British officer believed that the Zionist programme could be carried out except by the force of arms," and it recommended that the project for making Palestine a distinctly Jewish commonwealth be abandoned. Their report reached Wilson a day before his collapse and it is doubtful he read it. Lord Balfour's own response to the commissioners' recommendations was blunt:

. . . in Palestine we do not propose even to go through the form of consulting the wishes of the present inhabitants of the country, though the American Commission has been going through the form of asking what they are. The Four Great Powers are committed to Zionism. And Zionism, be it right or wrong, good or bad, is rooted in age-long traditions, in present needs, in future hopes, of far profounder import than the desires and prejudices of the 700,000 Arabs who now inhabit that ancient land (Ingrams 1972, 73).14International Recognition of Zionism At the San Remo conference in 1920, the Supreme Allied Council of the victorious powers accorded Britain mandatory powers in Palestine. The terms of the Balfour Declaration were incorporated into its terms, the preamble noting the "historical connection of the Jewish people with Palestine" and calling for a reconstitution of their "national home in that country."

In 1921, Britain removed Trans-Jordan from the promises of the mandate, contrary to the wishes of the Zionist organization, and in 1922 the League of Nations officially awarded the mandate to Britain. The American Administration had already supported the Balfour Declaration in August 1918, and in 1922 the U.S. Congress endorsed an essentially similar document in a joint resolution. The result was that not only had the Balfour Declaration received support from two of the victorious powers in the war, it was also given international sanction. In the relativelyshort span of a quarter century, Zionism had taken a giant step towards realizing the principal aim set forth in its 1897 platform. Preparations for a Jewish state could now proceed under British protection until such a time as a decisive Jewish majority was established.