Vivian Fernandes, famously known by his stage name DIVINE is an Indian rapper and is one of the biggest names in Indian hip-hop today. You cannot leave him out while talking about Indian hip-hop or rap. With a rebellious voice, fire lyrics, and non-stop flow, DIVINE sure is a force to reckon with. DIVINE sure is a big name right now, however, things were not always like this for him. 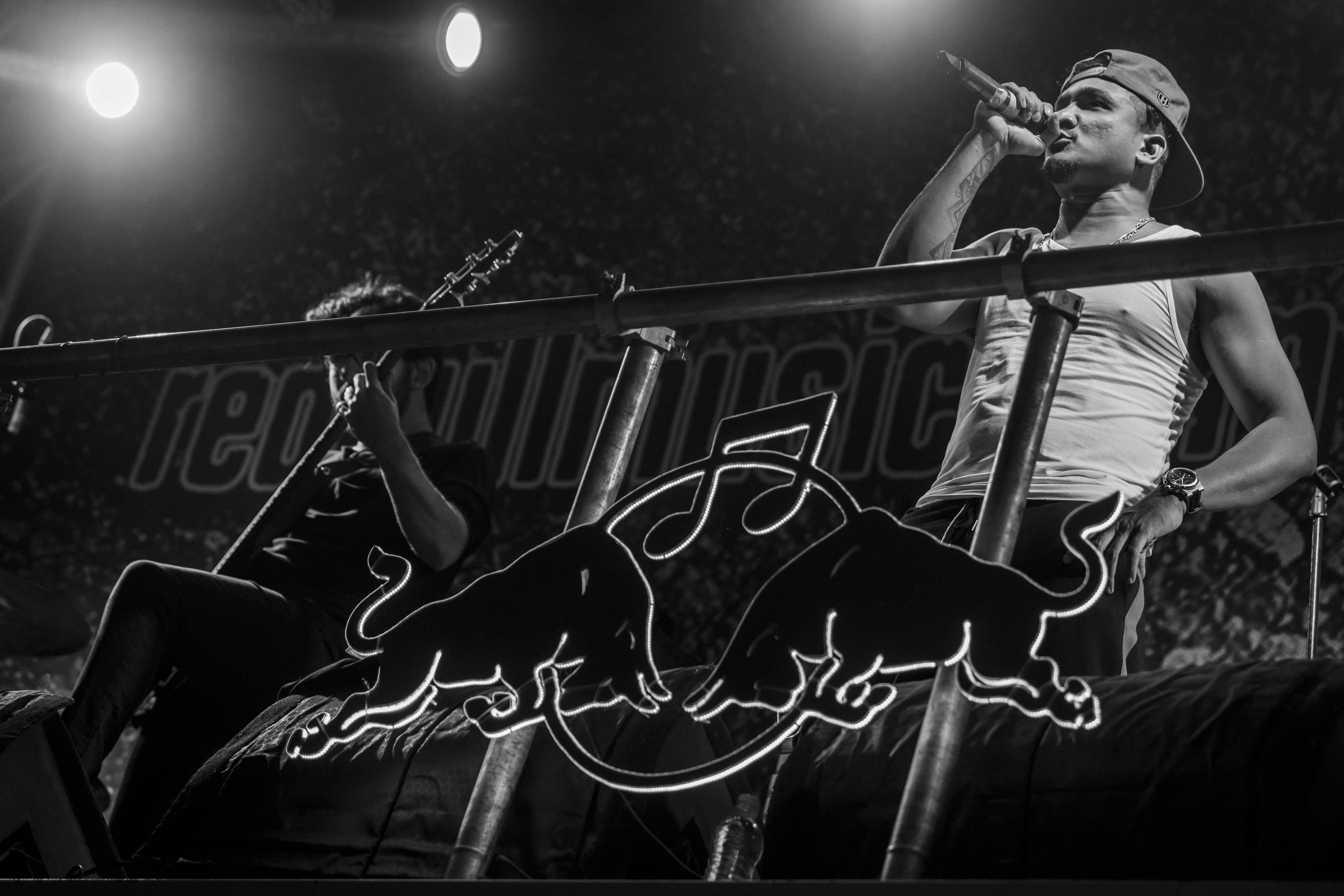 On 2nd October 1990, Vivian Fernandes was born in a slum in Mumbai. He and his elder brother lived with their father who Vivian describes as a drunk and a violent man. DIVINE has described the horrifying events of his childhood and his father in his documentary which was released on 15th July 2019 on his official YouTube channel. His mother lived and worked in other countries and his main goal was to bring her back.

DIVINE and his elder brother had to tolerate violence and abuse from their father and their mom advised them to move away. They made a deal with their father that they won’t interfere in his life and he won’t interfere in theirs to which, his father agreed. Then, DIVINE and his brother moved in with their grandmother. She was a very sweet and caring lady. Vivian said that she was the first one to pack lunch for him for school.

Vivian’s grandmother used to listen to classical Hindi songs and he would listen to them along with her. That’s when he developed his interest in music. Vivian always dreamed about doing something great and I think it was his fate that one day he saw a 50 Cent t-shirt on his mate. He asked him “who’s that on your t-shirt?”, his friend replied, “this is 50 Cent”. Vivian asked, “who’s 50 Cent?”, his friend then gave him a mixtape of some hip-hop songs from artists like Eminem, 50 Cent, Dr, Dre, and many more. Vivian fell in love with hip-hop.

Vivian was so fascinated by the way those rappers were saying things that he wanted to do something of his own. He and his friends would search up the words and phrases they didn’t know the meaning of. Doing this helped Vivian in developing his vocabulary and skills. Soon after that, he started writing his own rhymes once he became a teenager. Initially, Vivian thought that hip-hop can only be done in English but this misconception left his mind soon after that.

He met a hip-hop group born out of Mumbai, Mumbai’s Finest. This is when Vivian started spitting rhymes for the first time and took up the name DIVINE. He and Ace (the leader of Mumbai’s Finest) became good friends and they made many songs together. DIVINE was the designated English rapper of the group while the others spit their rhymes in Hindi.

After working with Mumbai’s Finest for some time, DIVINE decided that he wanted to do something of his own. He wanted to do this because his main goal was to bring his mother back home. This could only happen if DIVINE made enough money to support himself and his mother. So, he sat down with Ace and told him that he wanted to leave the group and go solo. Ace respected his decision and wished him good luck. They are still good friends to this day.

On 22 March 2013, DIVINE released his first single ‘VOICE OF THE STREETS’ on his YouTube channel. The song talks about the hardships faced by a kid living in the harsh streets of Mumbai. The song is in English and the video shows a kid who takes revenge on a man who started at the kid’s mother in a wrong way. The song is a masterpiece, however, it wasn’t that successful as most people couldn’t completely understand what he was saying in English.

DIVINE learned his lesson and released his first Hindi song ‘Yeh Mera Bombay’ (this is my Bombay) on his YouTube channel on 16th November 2013. The song gained more popularity than ‘VOICE OF THE STREETS’ and people came to know about a young rapper from the streets DIVINE. He then met another rapper from Mumbai, Naezy who had a similar style as DIVINE.

On 16th April 2015, DIVINE and Naezy released their first popular hit ‘Mere Gully Mein’ (In my streets) on Sony Music India’s YouTube channel. Since that day, DIVINE has experienced immense success and popularity. Even a movie was released this year based on the life of Naezy and DIVINE and was titled ‘Gully Boy’ (street boy). The movie starred Ranveer Singh and Alia Bhat and was a huge success with an 8.3 rating on IMDb.

DIVINE accomplished his first goal of bringing his mother back home and now she lives with him. Now, DIVINE even has his own record label ‘Gully Gang Entertainment’ (Street Gang Entertainment) through which, he wants to promote and grow the Indian hip-hop scene.

The story of Vivian Fernandes is truly an inspiring one. And the best part about it is that we can all relate to his story in one way or the other. Today, DIVINE can be referred to as the epitome of Indian hip-hop. Through all his challenges and the hardships, Vivian Fernandes aka DIVINE never lost hope. We can all learn a lot of things from this man.