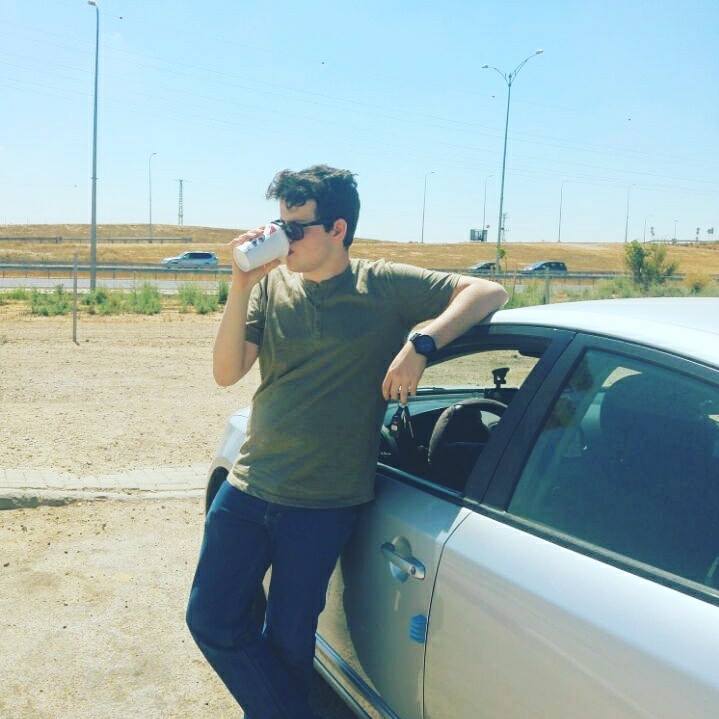 One of the major conflicts that have yet to be dealt with in the Middle East is the Israeli-Palestinian conflict. Our readers most likely know how it is from the events in recent years, at the minimum through buzzwords; Hamas, Fatah, Gaza, West Bank, Israel, Defensive Edge, et cetera.
However, less people know that the conflict has roots from the early 20th century, and that it has evolved about 3 times; First it was a conflict between the Jews and Arabs against the Ottoman Empire and the British Empire. Nearing the end of the British Mandate, the conflict became the first form of the Israeli-Palestinian conflict, however very quickly it became the Arab-Israeli-Palestinian conflict as the Palestinians took more of a back seat while Israel and the Arab states surrounding it took turns at each other. This lasted until roughly the 70’s when Egypt, led by Anwar Sadat, began negotiating with Israel for peace, while openly rebelling against the Khartoum resolution in 1967 and against Nasser’s legacy.

During the prime time of the Arab-Israeli conflict, the Six Day War was one of the major events to take place. In June 1967 Egypt, Syria Jordan, Iraq and Lebanon planned to invade Israel and destroy it to oblivion. Of course this turned out to be a resounding Israeli victory as within six days, Israel not only successfully defended its borders, but captured the Sinai, Gaza, West Bank and the Golan Heights, tripling its size.

This happened exactly 50 years ago today as of me writing this article.
One of the major nations that took part in the Six Day War was Syria. Syria went to war after being called in by Gamal Abdel Nasser of Egypt, with plans to shell Israel from the Golan Heights. For the first 4 days, Israel didn’t invade the Golan out of the fears then Israeli Defence Minister Moshe Dayan had that an invasion of Syrian territory would lead to an intervention of the USSR in the war. On the final day, Dayan changed that opinion, and ratified the IDF to push into the lines from which Syrian artillery began shelling harder and harder. This led to a Soviet response sent to the US in which it was said if Israel won’t cease to advance nearer and nearer to Damascus, that the Soviets would intervene. During that same time, the Soviets indeed sent an amphibian strike force of 6 submarines and 8 ships loaded with Soviet soldiers, with the order to invade Haifa harbour. The American response was to send their own navy from Gibraltar towards the Soviet navy, along with demanding Israel accept a ceasefire. To this day that ceasefire is in place, with only one time in which it was broken in 1973 when Syria went to war against Israel with Egypt once more.
Since then, peace negotiations rarely took place over the situation of the Golan. In November of 1967, the UN passed United Nations Security Council Resolution 242, which declared the Golan to officially be Syrian territory occupied by Israel. In 1981, Israel passed the Golan Heights Law, effectively annexing the Golan, and Israelis began settling in the Golan. 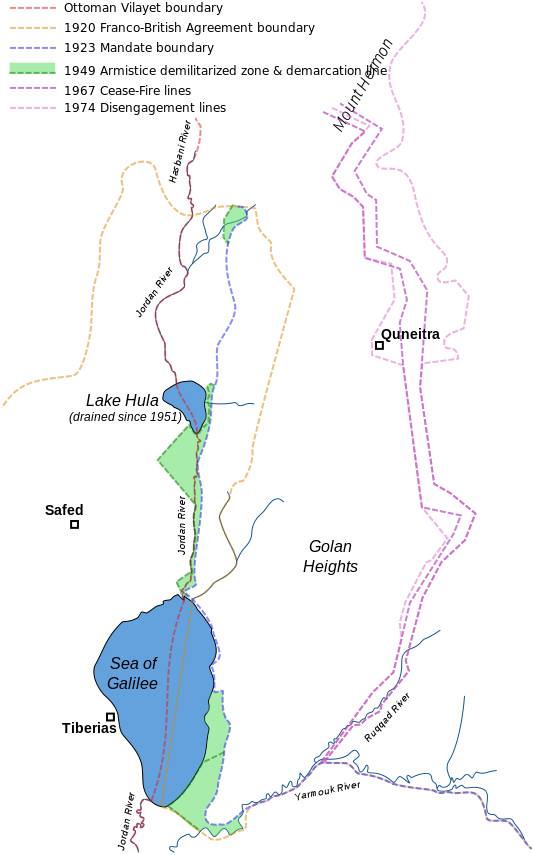 The current situation stands as so: The Golan is settled by Israelis and by Druze, part who are Israeli citizens and part which still hold onto Syrian citizenship. Both Syria and Israel lay claim to the territory, with Syria basing it on the Sykes-Picot agreement between France and the UK during WW1, and Israel basing theirs on the fact that Syria is still technically at war with Israel and that they will not give over the Golan without a proper peace agreement, usually in which Syria will be forced to cut ties with extremist groups and terrorists such as Hezbollah.

One of the more prominent peace negotiations took place in the US in 1999-2000, but it broke down as a result of the dispute on the possibility of Syrian access to the Sea of Galilee, since Israel wishes to go back to the 1948 borders while Syria wants to return to the 1967 borders on the eve of the Six Day War in which Syria did have access to the Sea of Galilee. Syria also bases this demand on an exchange of border territories between the French Mandate in Syria and Mandatory Palestine in 1923, saying that the colonial powers forced Syria to lose access to the Sea, while Israel at the same time denies the frontier in 1967 as Syria wishes, since it was a result of Syrian aggression.

Since then, negotiations never came up since. In Israel the mainly Likud-dominated Knesset and Likud governments took a more hardline approach to the Golan, with some coalition partners even declaring that Syria should give up it’s dreams of gaining back the Golan altogether. In Syria, the dictatorship of Bashar Al-Assad also took a hardline stance, saying that Syria will not accept any agreement in which Syria will have to offer anything for the return of the Golan, and that Israel must unilaterally leave the Golan.

In my opinion, there is a good point in demanding peace with Syria involving them cutting ties with terrorists groups. Otherwise, Israel cannot be certain that returning the Golan will lead to lasting peace. However, seeing how the current Israeli government views the situation, and the same with the Assad regime, it cannot be said that peace in the Golan will be anytime soon. One can only hope, that if not in the near future, then in the future at all, that there will be peace in our time in the Golan Heights.