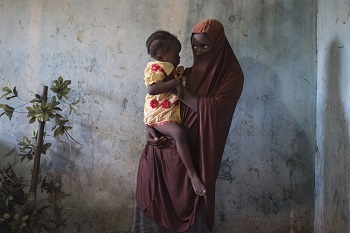 The Fate of Girl Child and Education

The Nigerian constitution clearly stipulated a free, compulsory and Universal basic education for every child of primary and junior secondary, school age. However, given the rate of poverty in Nigeria coupled with culture of the Nigerian people, the literacy level of girls in the country is appalling compared to their male counterparts. About 67% of Nigerians lives below poverty line, as a result, parents fall into dilemma; the education of one has to be sacrificed for the others who will pilot others to the promise land. Suffice to say that, the education of girl child paves way for that of the male child who is held culturally to be of superior nature.

In a countless wandering, seeking peace and finding none, this resolution undermines the role of women in human capital development. She is a maker and de-maker. She can make it work (with education- be it formal or informal) or simply “destabilize” it, hence the dictum ‘Behind every successful man, there is always a woman’. She holds the earth and the art of heart – who else could wield such veto without abusing it?

The roles of a woman cannot be overemphasised in the life of a child. It is not changing into a lion that is hard; it is getting the tail of a lion. To a child, she is a mother, semi-god, teacher and a confidant. She holds the key to the indoctrination of a child into the society ( say love, affection, care, grooming up, dressing, and most important is formal minimum education which is actually learned from mother) To what extent can she play these roles with no education necessary to set the pace? “If you educate a man, you educate an individual. But if you educate a woman, you educate a nation.”

Without being economical with words, to the husband, she is also a confident, wife and above all a bed mate – How can a bed be celestial when proper hygiene cannot be assured? A girl is the foundation of a working family; she either makes it work or makes it work.

Problems are like plants, they have roots. Child marriage is a major arsenal militating against girl child education - the hyena flirts with the hen, the hen is happy; not knowing that death is at her doorstep – its hunt talents and exposed its victim to immeasurable psychological trauma. According to United Nations Children Fund (UNICEF), children especially girls, in northern Nigeria make up the larger chunk of the 40 per cent of those that do not attend primary schools. The website also listed under-age marriage as a factor for not attending or dropping out of school, saying that “at the current rates of reduction, it will take over 100 years to end girl child marriage in west and central Africa”
The apologists of this concept would argue south to north to safeguard their belief on the ices of immorality; the more educated a girl is, the more immoral they become (they argued). Also, they tend to posit that the more educated a girl is, the more divorces and distorted children the society will have to cater for. I will counter these claims by reiterating that the world had had a quite number of divorces even in the cock and bull world. Divorce is not an adverse product of education, it is all about dissatisfaction and disagreement which would better be managed if the parties involved are inculcated with the accepted norms and values of the society i.e education.

Although all lizards lie prostrate, no one knows which one suffers from bellyache, the left-wing of girl child education are enemy of gender equality who are afraid of losing their grips – the belief that women are second class citizens or slaves. Going back memory lane, a statement was alluded to the president of the federal republic of Nigeria but later described as ‘banter’ “I don’t know the party my wife belongs to but she belong to my living room, kitchen and the other room”. The statement itches and causes aches for confining women, even if it is one, to the four walls of a house particularly coming from the oral cavity of a head whose girls constitute a sizeable chunks in the menace that has eaten deep the fabrics of our society when concise effort is being articulated in a solid phalanx to defeat it.

Nevertheless, the present is weeping, the future is not happy, but to resign oneself to it is to be crippled fast because man is the architect of his own tidings. Girl child enrolment can further be enhanced if a down-to-earth orientation is embarked upon in order to change the mind-set of people particularly in areas beyond coverage. A holistic nation-wide awareness focused at hamlets in the nooks and crannies of the federation should be carried out to shield lights on the defects embedded in side-lining girl child from education.

“I think women are foolish to pretend they are equal to men, they are far superior and always have been.”

“Women are the largest untapped reservoir of talent in the world.”

To this end, for any woman to be able to play a role in the society with her unalloyed talents effectively she needs to be empowered, and the most striking form of empowerment is education (be it formal or informal). This is because education breeds right mindset, self-worth and esteem, which can be explored to achieving economic independence.