Too often the discourse about rapid climate change and our collective goal for a better world is anchored on the scientific and technical aspect of the issue which often becomes an exclusive discourse that is accessible to only a select percent of the population. By analyzing how the advocacy of the climate movement affects society, the discourse becomes more inclusive and relevant to everyone. 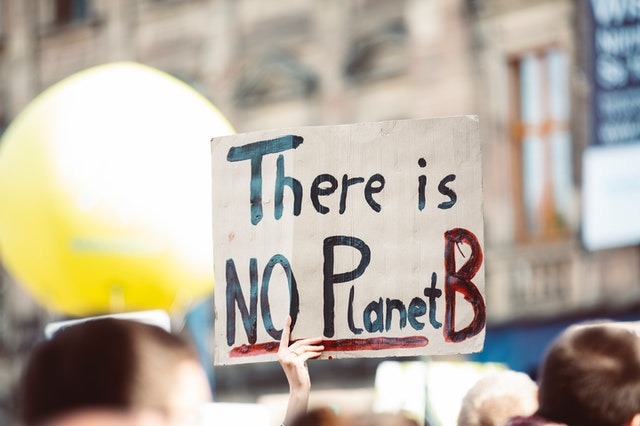 The call for climate justice is an emerging social movement that had found its roots in various sectors of society particularly the marginalized by reframing climate change as a manifestation of liberal capitalism and aggressive politics, not just an environmental concern. Because of the futile struggle of contemporary environmentalism and the lack of political urgency to address climate change, the campaign for Climate Justice stands to be a proactive, dynamic, and inclusive solution to the problem at hand. It seeks to understand the intricacies of climate change in an ethical and political perspective primarily on how the mitigation of climate change is an equitable responsibility of the few and not an equal burden to be shared by many.

Within society, the dominant discourse perpetuated by those in power is the notion that the task of addressing climate change occurs only at a macro level and is accessible only to a specific demographic based on age and gender among others whose responsibility is identical in nature.

In an article published by Our World in Data, global inequalities in carbon dioxide emissions are heavily emphasized through substantial data with the conclusion that “the richest of the global population would be responsible for an even larger share of global emissions” (Richie). It frankly establishes the fact that countries in the Global North, based on an economic division of the globe, hold the record for the most gas emissions and thus should be held accountable for the effects of climate change experienced by everyone. However, reality dictates otherwise; it is the underdeveloped and developing countries in the Global South who are being pressed to act despite economic limitations on their part.

Research shows that these countries bear the brunt of physical, psychosocial, financial, and natural effects of climate change and are forced to “shell out 1% to 2% of their annual gross domestic product” to ensure the safety of their citizens. Furthermore, they must “allot  $ 1.7 trillion per year” in order to maintain their efforts (Rhys). All these negotiations happen at the international table where national governments and national interests are set aside in favor of the majority decision. The inadequate representation of societal classes makes the talk on climate change nearly exclusive and possibly open only to those with the means to penetrate the system such as multinational corporations and or political players.

This is troubling because a malpractice known as greenwashing is slowly introduced to markets by companies in a bid to benefit from mass environmental degradation. How that works could be described as “the combination of limited public access to information and seemingly unlimited advertising enabled companies to present themselves as caring environmental stewards, even as they were engaging in environmentally unsustainable practices” (Watson). Essentially, companies culpable of greenwashing market their products as organic and environment – friendly while hyping up the adverse impacts of climate change as a stimulus to guilt consumers to buy their wares. Although there are business franchises that enshrine environmental commitment as a core value of their association like IKEA and Nike (Matthews), their numbers are minuscule compared to the number of companies adhering to greenwashing.

The unrestrained rise of misinformation and how individuals are continuously being misled is another cause for concern because the tampering of information to distort the truth is a form of oppression. Perhaps the most “underutilized public resource is research” and corresponding data from the field of science (Seidel 233). Research is devalued and released in public circulation only when it serves to amplify their preferences.

Paulo Freire said it best when he wrote that “the oppressors are using science and technology as unquestionably powerful instruments for their purpose: the maintenance of the oppressive order through manipulation and repression” (60). An example of this is the existence of veritable rapid climate change data since 1950 whose gravity was taken into consideration thirty years after its publication (Barnola).

Aside from the prejudiced outlook on how objective data should be handled, a biased position against the youth and women is being nurtured. Climate activism led by young people like Greta Thunberg is frowned upon and deemed irresponsible however rallies led by adults are treated with less disdain. Relegating the youth to the sidelines of the struggle when they comprise a major percentage of the world’s population is to ignore valuable human resources in terms of manpower, education, and unadulterated idealism. It is also surprising to find out that climate action is a gendered discussion where women are criticized for meddling in matters that are commonly handled by men in the past. A case in point is the staunch opposition and criticism of United States President Donald Trump and other world leaders of Greta Thunberg, by advising her to stay in school instead of advocating for climate change and to simply pursue activities befitting teenage girls, gives us a peek at how the dominant discourse is perilous towards and have a unilateral tendency to derail the overall progress on climate action.

The actions of Trump and his associates are characteristic of people “assuming patriarchal heteronormativity as the norm” hence “it is not surprising that someone who cannot accept that position comes to feel that they are abnormal” and are made to feel abnormal (Cranny - Francis 92). Patriarchal heteronormativity occurs when people are trained to think that gender is binary and all associated outcomes such as gender roles, sexual or marital relationships should be treated as such. This becomes harmful not only because it limits gender expression outside the binary line but also because it sets standards for how people should act, think, and be. Therefore, those who go against the norm are treated with less respect and are subjected to unreasonable treatment.

The ethical considerations of climate change particularly on how capitalism still trumps environmental efforts and how the needs of the elite are concentrated on instead of the needs of the masses challenge those in power to rise above the status quo to work towards the greater good. Thus, climate change is also a political issue as well as it revolves and falls under the decisions made by power players.

It is also inclusive because solutions are made from  the ground-up or from the micro level to the macro level via just delegation of responsibilities. While it is true that it is in the best interest of all that we work towards resolving climate change, it should also be held into consideration that each person has a varying degree of contribution to the problem and should address the problem tailor fit to his or her current situation, condition, and capacity and as dictated by the person himself or herself. Setting parallel standards for everyone without consideration of their environment and nature is an unfair policy that not only limits people with far more capacity to maximize their resources but also traps those with less accountability and even lesser means in a cycle by which they cannot truly control. By creating equitable solutions, we are realizing Freire’s ideal of liberating both the oppressed masses and the oppressor through breaking the economic North-South divide and enabling interstate cooperation to follow through.