There have been massive changes within the sphere of Kenyan Labour Laws especially in the issue of the worker’s rights and it is essential for every employee to be aware of these changes. These massive changes include the enactment of the Constitution of Kenya 2010, the scrapping of the pre-existing labour laws for more comprehensive statutes and the creation of new policies and case law. 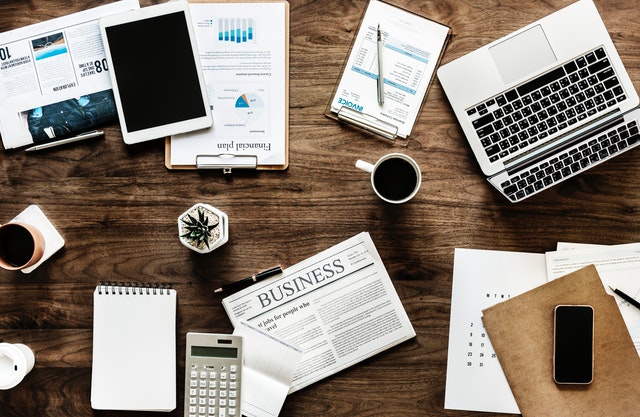 The most significant changes within the legal framework of labour rights have arguably occurred in the area of the statutory framework. These changes have run from the  Constitution up to the five core statutes: Employment Act 2007, Industrial Relations Act 2007, Work Injury Benefits Act (No. 13 of 2007), Occupational Safety and Health Act (No. 15 of 2007), and Labour Institutions Act 2007.

It makes a number of significant departures from its predecessor. One of the most significant changes is in the area of Economic and Social Rights, which hold significance to the Kenyan worker who has been granted a brand new set of rights and freedoms. The constitution has not only made certain aspects of labour law fundamental rights, but it has also created new avenues for courts and litigation procedures that have the potential to ameliorate and revolutionize workers’ rights.

For instance, Article 2(5) makes the general rules of international law part of the law of Kenya. Its direct result is that Kenyan Workers have locus standi[1] to present cases against the government as well as other bodies that fail to adhere to international labour laws. Additionally, the enactment of this constitutional provision means that rulings such as the one of Okunda case[2] and Pattni case[3] no longer have any significance within Kenyan jurisprudence.

Article 2(6) also provides that any treaty or convention ratified by Kenya shall form part of the law of Kenya. As such, the State of Kenya is bound to follow the dicta spelt out in all of the labour conventions that she has signed and ratified. Kenya has ratified all of the International Labour Organization (ILO) Fundamental Conventions with the exception of Convention no.87 on Freedom of Association and Protection of the Right to Organize[4]. Kenya has ratified a total of 49 ILO conventions in its history with 43 being in force. As a result of the ratification of the Minimum Age Convention no 138, six previously ratified conventions were denounced[5].

Article 19 which established the Bill of Rights as the framework for Kenya’s social, economic and cultural policies is significant to Kenyan worker rights, as it places the Kenyan government under a duty to ensure that all policies it creates and implements are in line with the provisions of the Bill of Rights. To the workers of Kenya this provision is significant as it gives them a significant forum of redress in the event that the Kenyan government makes policies that are injurious or harmful to their rights.

Article 22(1) declares that every person has the right to institute court proceedings on the basis that a right or fundamental freedom within the Bill of Rights has been denied, violated or infringed or is threatened. This effectively means that a Kenyan worker has the constitutional right to commence legal proceedings in the event that his/her right has been infringed by either the Government or the employer.

Additionally, the constitution allows for the institution of court proceedings by persons acting on behalf of others who cannot act in their own name and further that persons may act as a member of, or in the interest of a group or class of persons[6]. In the context of Kenyan Worker rights, this means that third parties can institute court proceedings on behalf of Kenyan workers even though they may not necessarily have locus standi. Furthermore, there are categories of workers and employees who may be unable to represent themselves due to either contractual or statutory restrictions particularly casual workers. The provisions of Article 22 are a panacea of sorts as it grants sympathetic parties the power to represent them before courts of law.

Article 41 is entirely dedicated to Kenya Workers’ Rights. Section 1 of this article states the every person has the right to fair labour practices while Section 2 gives the Kenyan worker the right to:

b)     To reasonable working conditions;

c)     To form, join or participate in the activities and programmes of a trade union and;

Article 43 grants the Kenyan citizen the right to social security. The Right to Social security is a novelty in the area of Kenyan law as it was not previously covered in the Repealed Constitution and had the connotations of a privilege accessible to the few who could afford it and not to the hoi polloi within the Kenyan society. The Constitution further entrenches this right by placing the State under the duty of providing a social security mechanism to individuals who cannot protect themselves and their dependants[7].

The Employment Act is the core labour law of Kenya. It governs the basic labour relations in the Republic of Kenya. In 2007 the previous Employment Act was repealed in line with the recommendations of the Labour Laws Reform Taskforce[8]. A new statute dubbed the Employment Act 2007 was put in its place and enacted as part of the new core labour laws of Kenya.  This statute introduced a set of fundamental rights and duties in employment within Part II and Part V to Part VI. Additionally it introduced a number of significant clauses such as the definition of casual workers[9], a sector that had been neglected by the previous labour laws.

Freedom from Discrimination in Employment

The Cabinet Secretary of Labour, Labour Officers and the Industrial Court are under a duty to ensure the promotion of equality of opportunity in employment as well as the duty to eliminate discrimination in the employment sector in Kenya[10]. The same bodies are required to promote and guarantee equality of opportunity for persons who are migrant workers as well as their families who are lawfully in Kenya.

Employers are required to promote equal opportunity in employment and to strive to eliminate discrimination in any employment policy or practice. They are prohibited from both directly or indirectly discriminating and harassing an employee or prospective employee on grounds of race, colour, sex, language, religion, political or other opinion, nationality, ethnic or social origin, disability , pregnancy , mental status or HIV status.

Parental rights of the Kenyan Worker

Parental rights refer to the set of rights that a parent to a child possesses. The new labour laws of Kenya have changed significantly in this aspect.

The previous labour law regime had no provisions whatsoever concerning paternity leave. This situation has changed with the enactment of the Employment Act 2007 where the Kenyan male employee is granted a two week period of paternity leave with full pay[15].

The Employment Act 2007 and the previous Employment Act place a similar duty on the employer to provide housing accommodation and/or sufficient housing rent allowances to his employees.

The major change to this area of law is that it has specified the types of employee who are exempt from its application. These are employees whose contracts of service contain a provision which consolidates as part of the basic wage or salary an element intended to be used by the employee as rent or which is otherwise intended to enable the employee to provide himself with housing accommodation[16] or whose contract of service is the subject matter of or is otherwise covered by a collective agreement that provides for consolidation of wages[17].

The issue of Kenya worker rights remains a crucial area of labour law as demonstrated. For Kenya to join the top echelons occupied by First World Countries, much remains to be done although the presence of reforms indicate that the country is slowly but surely headed in that direction.

[1] Locus standi [Latin: a place to stand] is defined as the right to bring an action or challenge some decision.

[5]http://webfusion.ilo.org/public/applis/appl-byCtry.cfm?lang=EN&CTYCHOICE=2270&hdroff=1 (accessed 13 June 2017) On 9th April 1979, the Ratification of the ILO Convention no 138 meant that the following conventions were denounced;

‘An agreement whether oral or in writing, and whether expressed or implied, to employ or to serve as an employee for a period of time, and includes a contract of apprenticeship and indentured learnership but does not include a foreign contract of service’.