The story of a family of a South Sudanese lady demanding 250 cows as bride price from a prospective bridegroom went viral for all the wrong reasons. Many people on the internet were quick to judge the family for what they thought was a way to get rich by "selling" their daughter. Whatt they failed to understand was that it goes beyond bride price. 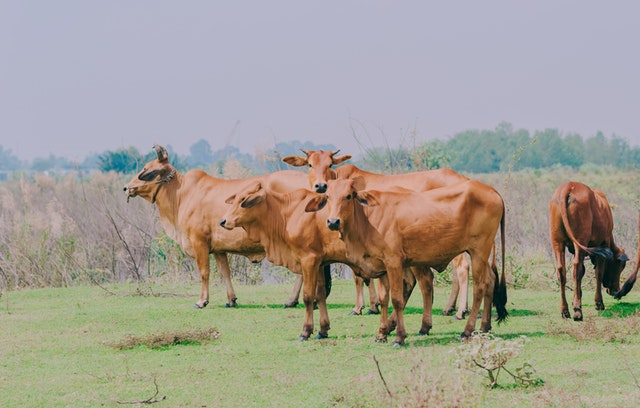 The family found themselves on the wrong end as many who criticised them do not understand their customs and traditions. Granted that as with many good things there is always bound to be some level of abuse, it is not different in this regard. That said, the issue of bride price and its significance is an entire discussion on its own which is beyond the scope of this article.

For many Nilotic communities in Africa, cattle are a hot commodity such that those who have them are willing to die protecting them and those who do not are ready to kill to acquire them. Previously, young boys who would go herding cattle would use traditional spears to protect the cattle however this has changed. Nowadays, many of these herders carry automatic rifles which have caused a tremendous shift in the age-old cattle raids issue. Automatic rifles have led to cattle raids being more brutal and ruthless with every cycle of retaliation. According to Puk Duoth, a herder from a camp near the South Sudanese Village of Udier, Rambak:

"It is good to have a weapon because it helps you to protect the cattle."

A man carrying a gun stands next to cattle in South Sudan's Kirgui village in Udier town. Credit: Simon Maina/AFP

Cattle raids are a common occurrence in such communities and a good case in point is the longstanding feud between Turkanas and Samburus - two neighbouring Nilotic communities in Kenya. In 2012, the cattle raids were so intense that the Kenyan government had to deploy police officers to the region to provide reinforcement and recover stolen cattle - with disastrous consequences of course. In what is considered as the worst bloodbath and most violent attack on Kenya's security forces in the country's history, armed cattle raiders alleged to be from one of the feuding communities shot and killed 42 police officers in Baragoi town in Samburu county. The Baragoi massacre, brutal as it was and the subsequent investigations, failed to tackle the underlying issues that inform the cattle raids.

It is important to note that cattle raids are not limited to Kenya. South Sudan has witnessed its own share with pastoralist communities feuding over cattle. The cattle raids have only worsened since the power-sharing agreement was signed in September 2018 by the country's leadership in an effort to resolve internal conflicts. This only goes to show that the problem of cattle raids is not one that can be easily resolved because, for pastoral communities, cows are the new gold. It matters not where they are located, Nilotic communities such as the Turkanas, Samburus, Pokots, Dinkas, Nuers among others consider cattle an invaluable asset. In these communities, it does not matter how many degrees you have because without herds of cattle attached to your name, well you are as good as nothing.

In South Sudan, cows are currency. Each herd of cattle is worth about $600 (530 euros) thus the more cattle a man owns, the more prestigious he is considered. According to Peter Machar who works for Safeworld:

"If you are sitting in a community meeting and you are talking rubbish, but people know you have many cows, you will be honoured."

In many of these pastoralist communities, it is not uncommon to find the male children being named after a beloved bull. The Nuer and Dinka people of South Sudan (the largest pastoralist communities in South Sudan) are renowned for this practice as well as composing songs about their beloved cattle and the battles they have fought to protect them.

Their pride for the cattle they own is not only evident in their names and songs but also in the folklore they tell and conservations that they have. I do recall a recent conversation that I was having with a group of young South Sudanese men and women on the issue of neo-colonialism in Africa. I do not know how the conversation moved from neo-colonialism to livestock, girls, and cattle. While it was frustrating that we were not able to delve more into the original issue, the insights that I gained on the subject of cattle raids, girls and bride price was well worth it.

There were two things that really stuck out to me from the conversation. The first is, that for pastoralist communities, cows connect everything - health, education, status, and even marriage. For instance, for a child to go to school, a cow will be sold and the money used to pay tuition; If someone is sick and they need treatment, a cow is sold to take them to a dispensary or buy medication for them; When a girl is married off, the bridegroom of the bride compensates the family by giving them cattle as a token of appreciation for having raised her. According to Wani Majok, one of theyoung men that I spoke to:

Did you know my last name means the markings of a bull?...We have to give the bride's family cows because they are losing someone who has been helping them out with chores and we are the ones gaining. When we give the cows, we are showing the girl's family that we respect and value them for raising a wife for us. so you see, it is a win-win and if there is a problem, the cattle can always be returned."

The second is how that inter-connectivity has fueled the problem of cattle raids. With cattle being such a highly prized possession, it is therefore not difficult to see why young men will raid cattle from other communities to acquire the necessities that they require such as healthcare and education. This is by no means intended to justify the practice of cattle raids.

Richard Won, another of the young men from the discussion group notes that:

Bride price and cows are intertwined. Before donors started bringing money to South Sudan, most young men used to pay bride price of between 20 to 30 cows but this has changed. Today, the price ranges from between 100 to 500 depending on the status of the girl's family. Many of us do not have 100 cows, maybe 10 or 20 which means that if we want a wife, we have to make up the difference one way or another."

The issue of cattle raids is a complex one whose solution needs to address the influx of guns as well as customs and traditions. On the one hand, the number of cattle is limited and you have communities whose currency is cattle and on the other, you have a country ravaged by war and inflation in bride price (paid by cattle) and an influx of guns. If this is not the makings of deadly battles and violent attacks, then I don't know what is.

Guns flooded the country between the war for independence, achieved in 2011, and the internal conflict in 2013 when President Salva Kiir fell out with his rival Riek Machar. The conflict saw the breakdown of law and order which inevitably also destroyed the traditional dispute resolution systems that allowed tribal chiefs to settle feuds between warring communities.

According to the UN peacekeeping mission UNMISS (United Nations Mission in South Sudan), 218 members of herder communities were killed in January in tit-for-tat attacks which is almost three times the toll of 73 in the four months from October 2017 to January 2018.

It is important to note that during the 2013 internal conflict, both Kiir and Riek Machar's sides armed young herders with guns and mobilised them to fight for them. However, since the conflict ended following a peace deal, the leadership has found it incredibly difficult to rein in the herders. What the leadership fails to understand is that the conflict between the herders goes beyond the power struggle of the elite. Theirs is a long-standing feud that has absolutely nothing to do with the national power struggle and everything to do with cattle.

Herders have traded in traditional spears for automatic rifles that have transformed cattle raids into military-style attacks. Credit: Simon Maina/AFP

With many of the armed herders being young men who were born and raised during the war, they are fearless. To them, there is no greater honour than dying in 'service' of their community, that is, protecting the cattle hence the reason that they are constantly launching increasingly deadly military-style attacks on rival camps, with women and children bearing the brunt of those attacks.

Cite This Article As: Maulline Gragau. "The Cattle Wars of South Sudan." International Youth Journal, 14. May 2019.