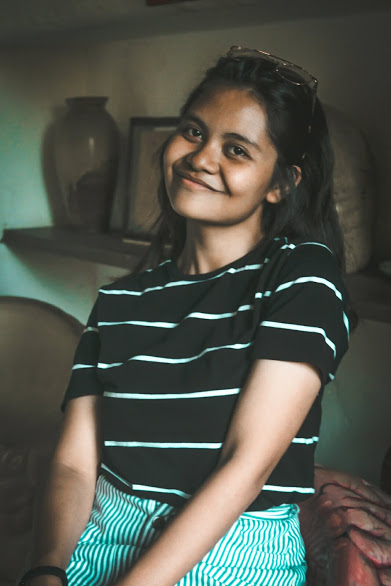 The status quo of the environment is a magnanimous issue today. Drastic change due to industrialization prevents all sorts of species to grow and subdue the Earth. We now live in a time where clean resources are scarce and spaces available are ironically less spacious than before. Even with a straightforward list of all the negative changes that can be spotted through comparing the then and now, humans tend to overlook the facts and operate in a way more convenient for them. Albeit the definition of conservation is well known and printed in various dictionaries, people seem to disregard putting it into practice. This paper will tackle the connection between conservation and human action. 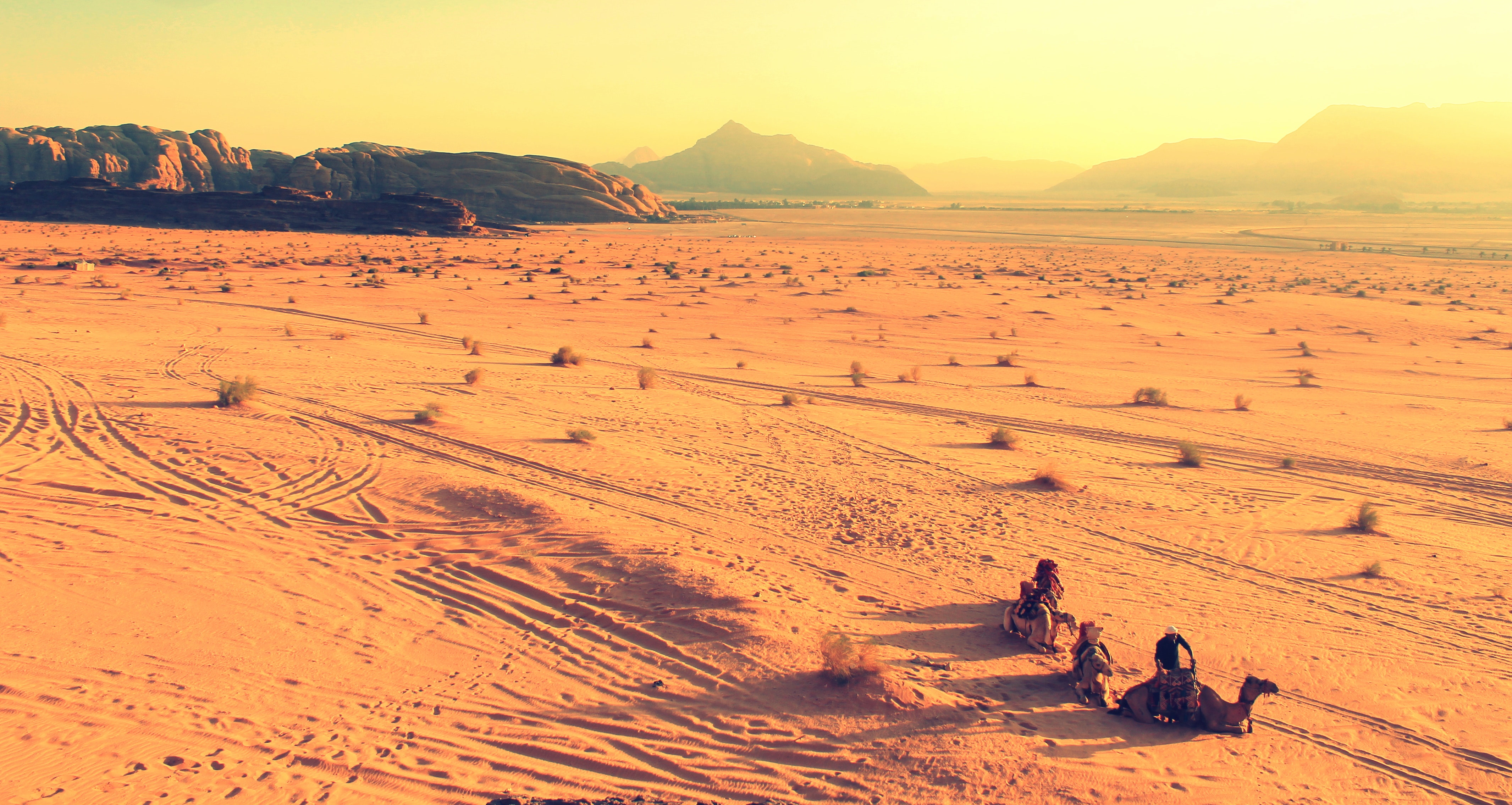 The status quo of the environment is a magnanimous issue today. Drastic change due to industrialization prevents all sorts of species to grow and subdue the Earth. We now live in a time where clean resources are scarce and spaces available are ironically less spacious than before. Even with a straightforward list of all the negative changes that can be spotted by comparing the then and now, humans tend to overlook the facts and operate in a way more convenient for them. Albeit the definition of conservation is well known and printed in various dictionaries, people seem to disregard putting it into practice. This paper will tackle the connection between conservation and human action.


Conservation, Human Interest, and Social Justice
Conservation is a careful preservation and protection of something or a planned management of a natural resource to prevent exploitation, destruction, or neglect (Merriam Webster Dictionary, 2018). It is needed to obtain sustainability of resources which can usefully be defined as meeting human interests in a socially-just manner without depriving species, native ecosystems or native populations of their health. It is also said to be a pre-requisite for social justice and human interest. In a way, the three are intertwined to come about sustainability. That relationship is illustrated below from the study of.

Now how are these disciplines connected? Social justice is the fair treatment of others, where fairness is judged according to well-reasoned application of three principles: equality, need, and desert. Equality is referred to as the concern for public procedures and processes such as in perception of gender and races. Need does not refer to any conceivable claim. Rather needs would be judged by an impartial observer as being necessary for realizing a healthy, meaningful life. A well-established sense of these needs include, for example, health care, education and political freedom. Lastly, desert is how deserving one is. Desert must be validated thoroughly to prevent miscalculations. From those three, social justice is weighed. Conservation is a pre-requisite for social justice. The three concerns of justice – need, equality, and desert – are inextricably linked with the availability of adequate natural resources, which in turn is influenced by conservation. For example, unjust distributions of resources among humans may be more likely when resources are scarce.

Human interests, on the other hand, lies on the subject of intrinsic value. Intrinsic value is the value that the environment and life forms have in their own right, and which is not derived from the human use they can or cannot be put to. Conservationists from Muir (1916) to McCauley (2006) have championed intrinsic value as the right basis for conservation, one that derives from qualities innate to non-human biota, independent of human affairs. They argue that intrinsic value acknowledges the integrity of all species and ecosystems, protects them from short-term human whims and gives conservation the ethical status it deserves. However, this idea is relatively wrong because of two main reasons: (a) intrinsic value is a vaguely formulated concept and not amenable to the sort of comparative expression needed for conservation decision making, and (b) instrumental value is a much richer concept than generally appreciated, permitting a full range of values of biota to be considered in conservation decisions (Justus & Maguire, 2008).
In summary, human interests, social justice, and conservation are deeply connected in a simple way. We base what beings should be conserved through its intrinsic value from the eyes of human interest while keeping in mind the idea of social justice by trying to settle a somewhat fair arrangement where humans and lower life forms are benefited.


Why Conserve?
Now that it was defined how conservation is done, it must also be known why conservation is important. All societies throughout human history have tackled the dual goals of conserving nature because of the services provided for their benefit and because of intrinsic values (Business Dictionary, 2018).

But for the first time in human history, we are faced with a human population size and consumption rate that fundamentally challenge the well-being of both people and nature at a planetary scale. To turn this around, we need to urgently, cleverly, and on a large scale apply all the arguments and management tools we have – including both intrinsic and utilitarian reasons for conservation, and both regulation and monetary valuation – in a less divided and more inclusive approach to conservation (Burnham & Macdonald, 2018).

In other words, conservation is important because, at one point in time, the resources given to humans will be exhausted. Conservation will make sure that there will be enough resources for the future generations to enjoy.


How to Conserve?
Conservation can be done to renewable and non-renewable resources alike. A renewable resource is a resource which can be used repeatedly and replaced naturally while a non-renewable resource is a resource of economic value that cannot be readily replaced by natural means on a level equal to its consumption (Investopedia, 2018) & (Wikipedia, 2018). There are a few ways to conserve renewable energy like water for example, (a) Turn your refrigerator down, (b) Be careful not to overheat or overcool rooms, and (c) Buy energy-efficient compact fluorescent bulbs for your most-used lights are some ways to conserve energy while turning off the tap while brushing your teeth is one way to conserve water at home (Department of Environment, Land, Water and Planning, 2018) & (Striepe, 2018). Conserving non-renewable energy is a bit trickier. The three R´s must always be remembered: reduce, reuse, and recycle (Wieman, 2009).

The researchers recommended making these conservation social sciences well-known to the public (Bennett, Roth, & Klain, 2016). One particular example of a conservation social science put to life is the PPR or Public perceptions research. Marine conservation actions are promoted to conserve natural values and support human well-being. Yet the quality of governance processes and the social consequences of some marine conservation initiatives have been the subject of critique and even human rights complaints. These types of governance and social issues may jeopardize the legitimacy of, support for and long-term effectiveness of marine conservation. Thus, we argue that a clearly articulated and comprehensive set of social standards - a code of conduct - is needed to guide marine conservation (Bennet, Teh, & Day, 2017). Under the set qualities of an efficient code of conduct is the PPR. In a marine conservation context, PPR provides tools to view the sea through the multiple lenses with which audiences interpret both the marine environment and marine conservation efforts. ”Perceptions” is an umbrella term which includes components such as knowledge, interest, social values, attitudes or behaviors. PPR is predominantly a social science incorporating insights from psychology, sociology and human geography disciplines. However, it often includes expertise from natural sciences to inform the development of research questions and approaches; this interdisciplinary is a considerable strength of PPR for marine conservation. In this vein, PPR has in many cases adopted a ‘risk perception’ framework, so as to examine the factors affecting people's judgments about natural or human-caused hazards (Jefferson & McKinley, 2015).

This idea was from the research of with the title “Understanding audiences: Making public perceptions research matter to marine conservation”. The paper reviews a breadth of opportunities of how PPR could contribute to marine conservation engagement and outcomes. PPR can be seen as the societal version of investigating the ecology and population of a species or habitat to inform management interventions to increase the population of a target species. If society is to be an integrated part of marine conservation, we require societal baselines to be defined and interventions tailored to the audiences: this can be delivered by PPR. In the light of the research, PPR may be one concrete way of shaking up audiences to conserve (Power Scorecard, n.d.).


The world is changing and heading toward destruction every day. This paper offered particular ideas on how to conserve with the best we can. The goal of humans should be changed towards preservation for the future and not for the now. There are now 41,415 species on the IUCN Red List, and 16,306 of them are endangered species threatened with extinction. This is up from 16,118 in 2017. This includes both endangered animals and endangered plants. The species endangered include one in four mammals, one in eight birds, one-third of all amphibians and 70% of the world’s assessed plants on the 2007 IUCN Red List are in jeopardy of extinction. With these number, people must really work hard to answer the call of nature (EndangeredEarth, 2018).