Lost in space, the 737 Max 8 Jet took a nose dive as Capt. Yared tried gallantly to savor the flight control situation. It was at this time the Ethiopian Airline 302 disappeared away from control radar as all communication channels were apparently lost. Sadly, at exactly, 01:44 ET approximately 08:44 am local time, the brand newly acquired aircraft came crashing down near the town of Bisshoftu 60 km (37 miles) south east of the capital killing all 157 on board airliner. 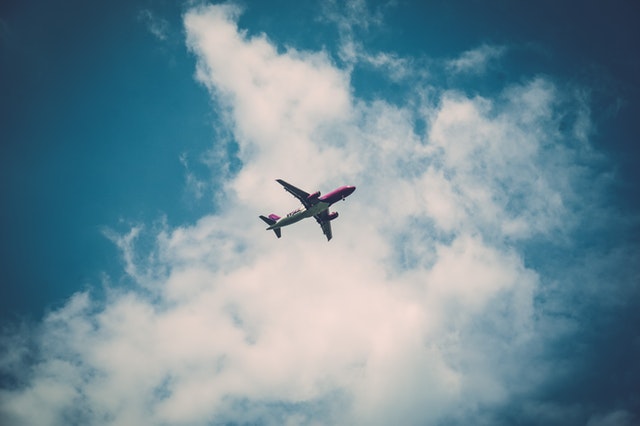 As communities and nations across the globe continues to mourn the death of their loved ones whose eternal fate was grossly decided into external obituary by the ill fatal crash of Ethiopian Airline flight 302 Sunday 10th March 2019, events surrounding the crash incident has since continue to raise intense and serious concerns given the gravitas of loss in both the human and material end. It was a tragedy with no prior notice as the unexpected happened so fast in quick succession. From the Bole International Airport all was set for Nairobi Kenya until the devastation befall a Boeing 737 Max 8 Jet.

Boeing 737 Max 8 Jet took off at the Ethiopian Bole International Airport at exactly 01:38 am ET en-route Addis Ababa to Nairobi when moment’s later after takeoff, Capt. Yared Getachew noticed a disturbance on the attitude performance on his Max flight. He immediately radioed the Ethiopian control base tower explaining a flight control difficulty asking thus; for a safe quick landing. Immediately, control tower granted a clearance landing asking on-board pilot to return to base as was the case. Indeed, that was the near end decision hour which ultimately turned out to be both a mere aviation airspace exercise and an academic brain work in futility.

Lost in space, the 737 Max 8 Jet took a nose dive as Capt. Yared tried gallantly to savor the flight control situation. It was at this time the Ethiopian Airline 302 disappeared away from control radar as all communication channels were apparently lost. Sadly, at exactly, 01:44 ET approximately 08:44 am local time, the brand newly acquired aircraft came crashing down near the town of Bisshoftu 60 km (37 miles) south east of the capital killing all 157 on board airliner. Just like a time bomb waiting to explode, the sequence of event in both time and space was barely six minutes after the pilot trotter down the engine as his Max flight left the tarmac of the Ethiopian Bole.

With over 30 nationals on board that flight so much has been said about the MAX 8 whose manufactured date was barely 8 months ago. This has prompted many to ask series of question demanding the quality assurance frame work on a Boeing 737 Max 8 Jet flight whose brand model houses a state of the art craft design. As questions continue to heightened, many nations have taken a bold step in grounding all Max Jet (the latest been 8 and 9) within the context of the circumstances abound.

From France to Germany, down to China, Singapore, UK, Canada, among other nations, the Boeing 737 Max flight has been halted from operations. The latest was that of the United States whose turn-around decision to ground all Max flight-make came sequel to the findings of the Federal Aviation Administration after officials of the FAA identified similarities between the crash of the Ethiopian Airline flight and the Lion airline crash in Indonesia. This decision will remain indefinite pending the complete investigation and forensic examinations of the digital flight recorders as well as the cockpit voice recorders from the ET 302 flight. In a statement put up by the FAA 13th March 2019 at about 3:00 ET, the commission noted thus; “The agency made this decision as a result of the data gathering process and new evidence collected at the site today. This evidence together with the newly refined data available to the FAA this morning, led to the decision. The grounding will remain in effect pending further investigation, including examination from the aircraft flight data and cockpit voice recorder”. The statement also indicates that an FAA team in Ethiopia will be assisting the NTSB as parties to the investigation of the flight 302 incident.

According to the French Bureau for inquiry and analysis on aviation safety, the recovered black boxes will be audited and analyzed in Paris to ascertain the real remote cause and effect of the ET 302. In a statement by the Ethiopian Airline spokesman Asrat Begashaw, the black boxes will be going to Europe since the country does not have the necessary digital tools and equipment needed for a holistic review and forensic detailing of the digital flight recorders.

Analysis: Is the pilot guilty of incompetence?

According to the Ethiopian Airline, Yared Getachew was a Sr. Capt with a cumulative flight hour of more than 8000 flight time. He has a commendable performance flying on until 10th March 2019 when his Aircraft suffered a terrible crash. Yared was commanding the ET 302 along with a first officer named Ahmed Nur mohammod Nur who has a flight hour of 200. This information is contained on the Accident Bulletin no. 3 Issued on March 10, 2019 at 4:59 PM local time. Now, if this retrieved information is correct as detailed, one would argue that the pilots are not just expert in what they do, but are equally professionals in their spheres of engagements as was the case. Also, it would be safe enough to infer that these pilots must have underwent series of safety and standard measures as it involves the ET 302 before it was flown. Similarly, they must have familiarized themselves with the Boeing 737 Max 800 brand models. Now, if this was the case and all measures were taken into cognizance by the flight Capt. Then, it will be safe enough to surmise that Capt. Yared isn’t guilty of incompetence. Besides, preliminary investigations into flight recorders reveal that Capt. Yared haven noticed a flight attitude performance quickly radioed control tower at the Bole base complaining of some flight control difficulties as it affect his Boeing 737 Max 800. He did all he could, but then again, fate had other options.

The crashed B-737 Max 800 airplane flew back to Addis Ababa from Johannesburg morning of 10th March to it yet another flight abounds to Nairobi underwent rigorous first check maintenance in February 4 2019. With a length of 39.52m, Height 12.3m, Wingspan 35.9m, and Range 3,550nm, the 210 maximum seats B-737 Max 8 came into operation as a brand new aircraft model June 30th 2018 barely nine months before it suffered a crash March 10th, 2019 killing all passengers on board. It should be noted that the same Max model in late October, a 737 MAX 8 flown by Lion Air went down off the coast of Indonesia (Java Sea) 10 minutes after takeoff killing all 189 on board passengers . Both the Ethiopian Airlines and that of Lion Air planes were brand-new aircraft of same Boeing Max model. And both crashed minutes into flight and after takeoff. The two-year-old 737 MAX 8 model in particular is hugely popular and as such has won the public trust only to become a serial victim of crashes in less than five month after Lion air in 2018. The MAX 9 only recently went on sale and Boeing has not yet delivered the MAX 10.

﻿"Given in both air crashes, the aircraft were newly delivered Boeing 737 Max 8, and both accidents occurred during the takeoff, they share certain similarities," the Chinese administration said in a statement. In a similar vein, Ethiopian Airlines CEO Tewolde GebreMariam in a statement also indicated thus; "We believe the similarities are substantial" According to the Tewolde, the two incidents featured models of the same airplanes and both flight lasted only minutes before it went down. The FAA said "new information from the wreckage concerning the aircraft's configuration just after takeoff , taken together with newly refined data from satellite-based tracking of the aircraft's flight path, indicates some similarities" with the Lion Air flight 610 crash. This no doubt suffice the obvious that the manufacturer of the Boeing 737 Max 8 need a review of their Max flight operation manual and design models before it causes yet again a third aircraft havoc.