Placing an outright ban on abortion and criminalizing the act with a life sentence penalty to health practitioners, the state of Alabama negatively and unkindly invokes the Texas abortion ban which contradicts the fourteen amendment as well as the Bills of Rights. This policy makes it even harder for women with little or no resources to have access to good Medicare in time of want. 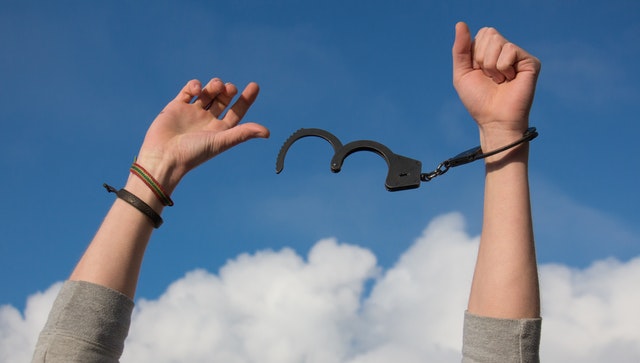 The constitution of the United States as fully enforced in 1789 by all standard and principles, remains the Supreme law governing the United States of America. Embody into seven articles, its set absolute precedence on the rights and protections of all Americans. It’s first three articles are deep rooted in the dogma’s of separation of powers which orderly spells out the functions and responsibilities of her three tiers. The bicameral congress otherwise known as the legislative arm (Article One),the Executive housing the president and the Judicial arm consisting of the Supreme Court alongside other federal courts completes Article Two and Three respectively. Apart from Article Seven which establishes the legal framework and procedural ratification of same, the others being Articles Four, Five, and Six examines brightly, and brilliantly, the core doctrines, dictates and dictum of federalism, as it detailed very axiomatically the rights and onward responsibility of state government, in absolute symphony to the Federal government and the shared powers of constitutional amendments.

Since her inception in practice, it has undergone 27 amendments that have principal major landmark judgments by the nations Supreme Court. Offering specific tenets and directions regarding protections of individual rights, civil liberty and justice, it places strict restrictions of powers on the governments. This predicates the first ten amendments otherwise known as the Bill of Rights. The remaining seventeen talked about governments, powers, as it underscore the federal governments. A majority of the rest addresses very explicitly human rights, and protections.

Arguably and logically one of the most fundamental and consequential amendments that have created a wave of societal balance, weighing so much on privacy, rights, and morals is the Fourteen amendments whose first section anchors the citizenship clause, Due process clause, with the greatest being the equal protection clause.

The fourteen amendments passed by congress on June 13, 1866, was adopted July 9, 1868 comprises five valid sections of which section one remains one of the most contentious and litigated in the Supreme Court. The amendment basically was proposed in response to the hardcore treatment of former slaves under the ill treatment of the black codes after the American civil war.

Some of her major landmark win judgments includes the Brown v. Board of Education in 1954 in lieu to racial segregation, Bush v. Gore in the year 2000 anchored largely on the keenly contested yet controversial presidential election. Others are the Obergefell v. Hoges in 2015 hunching on same sex marriage. In all this landmarks win, one which have continued to reign supreme given the magnitude of her moral candor and leniency in relation to life, procreation, and women pristine sanctity is the historic Roe v. Wade case of 1973 regarding Abortion ban.

According to the Roe v. Wade historic Supreme Court ruling, the court affirms that the Due process clause of the fourteen amendments of the US constitution provides a right to privilege and privacy that duly and explicitly gives protection to pregnant women’s liberty to on the basis of their freewill choose whether to have an abortion or not. The Roe v. Wade judgment explained further that it behooves on the individual health of women in determining what options she takes. In a similar vein, the Supreme Court in 1992 in a ground judgment between Planned Parenthood v. Casey, the Court reaffirms Roe’s lead judgments stating same that a woman’s right to think abortion of a non viable fetus is constitutionally protected. The basic difference between these two lead judgments is that under the Roe verdict, state has no right to regulate abortion in the first trimester of pregnancy, whereas under Casey’s, state regulation of abortion starts at any point to fetal viability which ranges between 23-24 weeks thereafter. However, both judgments gives credence to the fact that the right of privacy and liberty as enshrined in the Ninth amendment is solely owned by the individual seeking abortion which leaves them with the personal decision on whether to proceed with the process or not regardless of the situation as brilliantly affirmed by the Court in the ruling of Roe’s verdict.

In exception to the third trimester stage where abortion could be prohibited, it provisional clause includes a limitation whereby abortion is necessary to save the life of a mother. To this end, when the situation hinders the health and well-being of the mother, be it a third trimester stage, provided the laws as made contained exceptions, the process of abortion takes precedence.

Roe v. Wade Supreme Court ruling was argued December 13, 1971, it thereafter was re-argued on Oct 13, 1972 before a landmark case ruling of the Supreme Court panel in a 7-2 decision was finally reached on Jan 22, 1973 in absolute rebuttal of a Texas law which holistically makes abortion a crime. According to the Texas abortion ban it was criminal to have an abortion procedure unless of cause it becomes a life threatening situation which no doubt violates the concept of the 14th Amendments. This no doubt was the root start of the Jane Roe v. Henry Wade case.

Regardless of the fact that the right to privacy is fundamental as enshrined, it is unthinkable that the fundamental reproductive core values of womanhood would become a subject of National debate.

In total defiance and disregard for ground breaking judgment that has helped shaped the abortion laws and regulations in the United States since the Jane Roe’s Supreme Court ruling, the district state of Alabama Tuesday May 14th 2019, shocked the fulcrum of her senate building with a key legislative passage that put a deep stop to abortion, in absolute contempt for a Supreme Court ruling in 1973.

According to the Act which was duly accented to by Gov. Kay Ivey, the state of Alabama henceforth through her legislative signature policy places a blanket ban on abortion. This by all means makes it illegal for anyone who engages in such or assists in the process regardless of circumstances. It automatically becomes binding to both victims of rape, incest, and survivors of several act of violence and sexual assault.

The anti-people law scaled through the Alabama senate hearing with a huge vote lead of 25 Republicans (all male) giving their vote count in favor of the passage, while six democrats stayed in opposition . While a majority of Americans have come out largely to criticized this act of evil by Republicans in Alabama senate building for such anti-people policy, a whole lots of Americans in solidarity with the good people of Alabama have vehemently sighted the apparent infringement of women’s rights, privacy liberty, as well as the equal protection clause with this singular act infringing greatly on the fundamental objective of allowing women make their own choices of either pro-life or pro-choice.

Placing an outright ban on abortion and criminalizing the act with a life sentence penalty to health practitioners, the state of Alabama negatively and unkindly invokes the Texas abortion ban which contradicts the fourteen amendment as well as the Bills of Rights. This policy makes it even harder for women with little or no resources to have access to good Medicare in time of want.

In times like this a vast majority of Americans turns at the doorstep of the Supreme Court who many believe might strike down this Law of the state of Alabama under “strict scrutiny”. If this goes on to the Supreme Court where a Republican now occupies the seat as a Supreme Court justice, the odds becomes uncertain except of cause Brett Kavanaugh  dances to the tune of good judgments in upholding what many believes is a fundamental objective to the rule of law in the United States.