Misunderstanding what the Church is to do is misunderstanding God’s overall mission. The New Testament says we are ‘God’s workmanship, created in Christ Jesus to do good works, which God prepared in advance for us to do. 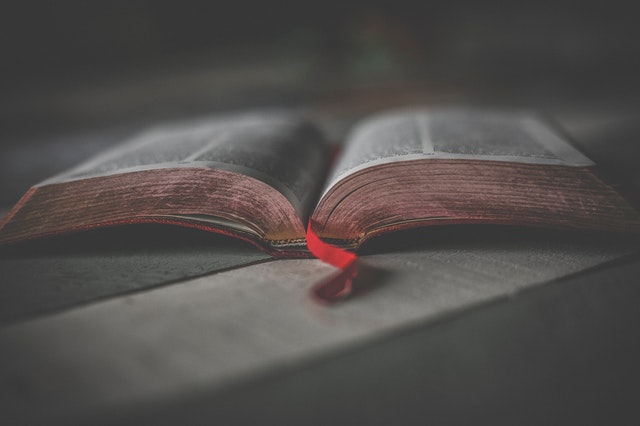 Ye are the light of the world. A city that is set on an hill cannot be hid. Let your light so shine before men, that they may see your good works, and glorify your Father which is in heaven’ (kjv). Mark 14:7a ‘For ye have the poor with you always…(kjv). Mark 6:34-39 ‘And Jesus, when he came out, saw much people, and was moved with compassion toward them, because they were as sheep not having a shepherd: and he began to teach them many things.35And when the day was now far spent, his disciples came unto him, and said, This is a desert place, and now the time is far passed:36Send them away, that they may go into the country round about, and into the villages, and buy themselves bread: for they have nothing to eat.37He answered and said unto them, Give ye them to eat. And they say unto him, Shall we go and buy two hundred pennyworth of bread, and give them to eat? 38He saith unto them, how many loaves have ye? go and see. And when they knew, they say, five, and two fishes.39And he commanded them to make all sit down by companies upon the green grass.(kjv). By their good works, Christians reveal how people ought to live in their marriages, their families, their work, and their communities in all spheres of life. History has consistently shown that the people of Christ have always been at the front of such movements in society which reveal the mercy, goodness and justice of God. An example of this was the abolition of slave trade in Britain by William Wilberforce. He received encouragement from fellow-brethren who saw the injustice and evil of slavery. Orphanages, schools for the blind and deaf, ministries to the handicapped, needy and the less privileged and have been promoted by Christians wherever the church has been planted around the world. God wants the church to restrain the world from becoming more evil. God’s plan for the good works of His Church is to touch all parts of human life.

Christian gatherings were called the church ever after the Pentecost. The role of the church in our contemporary generation can be exemplary explained from Mark 6: 34-39 above. The stated scripture above explains how Jesus, firstly, met the spiritual and educational needs of the people (…and he began to teach them many things). Secondly, meeting the infrastructural needs of the people at the time since he held his teaching on an environmentally favorable avenue (39And he commanded them to make all sit down by companies upon the green grass). And lastly, how he met the social needs of the people he was teaching by feeding them. (41And when he had taken the five loaves and the two fishes, he looked up to heaven, and blessed, and brake the loaves, and gave them to his disciples to set before them; and the two fishes divided he among them all.42And they did all eat, and were filled). It is pertinent to note that these people were not necessarily poor people, but rather multitude, representing the society as a whole declassifying that it was not a particular class of people.

The work of the Church continues; it did not cease when Jesus himself left the earth or when the first twelve disciples died. But, rather the Church’s mission has passed to each generation of God’s people. If our Lord and savior Jesus Christ said to us that we are the salt of the earth and a city set on a hill that cannot be hid. And he showcased this exemplary leadership. It would therefore mean, ipso facto that the church has no option than to do like him: Christ-like. However, in the Bible times and even centuries later including the 21st century that we are now are quite different. The last of the religious war which ended in 1648 at Westphalia resulted in the Separation of the Church from the state. However, the principle towards the exemplary role of the church in the society remains the same.

In the quest to restore God’s ultimate purpose: reconciliation of mankind to God, the 21st century church must, as a principle engage the society educationally, infrastructurally and socially.

The role of the 21st century church in the educational development is more or less obedience of the Matthew 28:20a Jesus’ command ‘Teaching them to observe all things whatsoever I have commanded you…’ Without teaching how would the church relay its influence on the younger generation and the population as a whole educationally, psychologically and even spiritually? How could the church influence without even owning the means to education? Church owned educational institutions from primary to tertiary levels have hath a lot of spiritual and educational effects on our young people laying good spiritual influence on young minds as they prepare for the future. In fact, 6 in 10 people had attended a mission school. According to the Nigeria Universities Commission (NUC), there are 43 federal universities, 48 state universities and 79 private universities, and a greater percentage of these private universities are church-owned or church affiliated. They include Covenant University, Obong University, Landmark University, Caritas University, to mention but a few. The church in its effort to be the best and offer the best have hath groundbreaking achievements in this sector. Covenant University, in the 2019 University Impact Rankings was ranked 301, the only Nigerian private university in the category.

Infrastructure is the fundamental facilities and systems serving a society. In early 2018, the Deeper Christian Life Bible Church built a 10,000-bed capacity hospital with pediatry, general out patient, oncology and other departments in Lagos which was commissioned by Nigeria’s vice president- Yemi Osibanjo. The same church in early 2018 still on its contributions towards societal development constructed link bridge on Oduwaiye Street and other road infrastructure including traffic lights which were inaugurated by the former governor of Lagos state Akinwunmi Ambode.

Social dogmas, practices and services maintained by the Church have helped enormously in creating a more effective stronger society and promoting opportunities. Dogma like ‘all people are created in God’s image’. Though the common good of the Church is eternal life. However, the church cannot fail to be uninterested in the things of natural life of men. Socially, the spread of the church through teachings, evangelisms and other methods has helped reduce societal problems such as racism. The Bible doesn’t begin with the creation of a special race of people. In Genesis 1 and 2, the first human is simply identified as Adam, which means “humankind.” Adam and Eve are not Hebrews or Egyptians or Canaanites. Their “race” or “ethnicity” is not identified. And they become the mother and father of all peoples and all ethnicities, which hitherto mean that there is only one race- the human race (in the image of God). The beginning of the Biblical story, then, is not about white people or black people or brown people.

Black Cushites were active players in the geopolitics and economics of the ancient Near East throughout most of the Old Testament period. The Cushites even controlled Egypt for a short while (during the time of Isaiah). Later, the Black African Ebedmelech played a crucial role in Judah’s theological history, saving the prophet Jeremiah and symbolizing the inclusion of future Gentiles who will come to God by faith through the Church (Jer. 38 – 39).This explains that the church is void of racism. It is a story about all people. The 21st century church too, has helped in promoting gender equality. Between the natural and the supernatural orders, the mission of the Church is to watch over the integrity of certain principles like natural reason, natural law, marriage principles as well as individual morality. In fact, when church leaders celebrate silver jubilee and other marriage span in their marriages, it has served as a source of motivation and inspiration to the larger society that marriage without divorce is possible.

The church has helped enormously in the entertainment industry especially in music. Several gospel artists have emerged as a result of the church’s effort. Nigerian Artists like Frank Edwards, Triple J, Sinach to mention but a few are all products of the church’s role in the contemporary times. Other social programs such as the distribution of relief materials, free health services have been magnanimous. The founder of the Living Faith Church, Bishop David Oyedepo donated relief materials worth millions of naira to Internally Displaced Persons (IDP) in Maiduguri in May, 2018 and also in early 2019. According to Church Gist, in March, 2018, about 4000 Lagos state indigenes were being treated for free as carried out by the Elevation Church. Daystar Christian Centre in April donated N10 million to a United Nations agency: the United Nations High Commission for Refugees (UNHCR), to mention but a few.

Employment opportunities have been one of the foremost roles of the church. During the construction of the Glory Dome, Dailypost.ng reports that there were no less than 5,000 workers including professionals, artisans and site laborers trained even on site. The 10, 000 bed capacity state-of-the-art hospital as built by Deeper Life Church has provided lots of employment to Nigerians and halted brain-drain of medical personnel. The existence of mission schools and other church-affiliated institutions has helped continuously in solving employment problems in the developing societies.

In conclusion, the command, ‘go into all the world and preach the gospel’. The phrase all the world signifies the various spheres of humanity. The role of the church cannot be overemphasized because we are the light of the world and He has made us a witness to the people. So, let us not just open the doors of our church buildings every Sunday, but let us on daily basis open the doors of our hearts to those around us so that they may see the change in us brought about by the love of Jesus Christ being fully sufficient in our own lives. Developing polities such as Nigeria desire spiritual direction and a Church with a voice speaking against societal ills; rebuking all forms of evil polities in the name of political correctness (trying to act like the rest) thereby sustaining Christian values. Government efforts in tackling economic and political misery need the participation of the Church. The 21st century church would remain redundant if it does not play vital roles that would socially, educationally and infrastructurally convict the society.