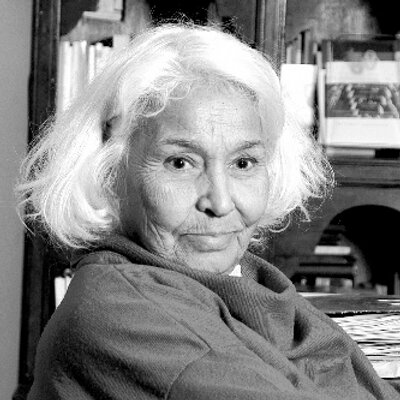 Still Virgin? Have ever felt you hate your body? Ashamed of your Femininity and your charms? Well, I have, or I have to admit that nearly every Egyptian or Arabian girl also has felt that way. Every day, you wake up, put on some silly wide loose clothes that you were never proud of, and never expressed yourself. It is not a choice; you have to cover yourself with meters of cloth. As if, you were a puppet of the society. Moreover, let tell you something, never forget your headphones, they will protect you from the most aggressive sensual expressions. 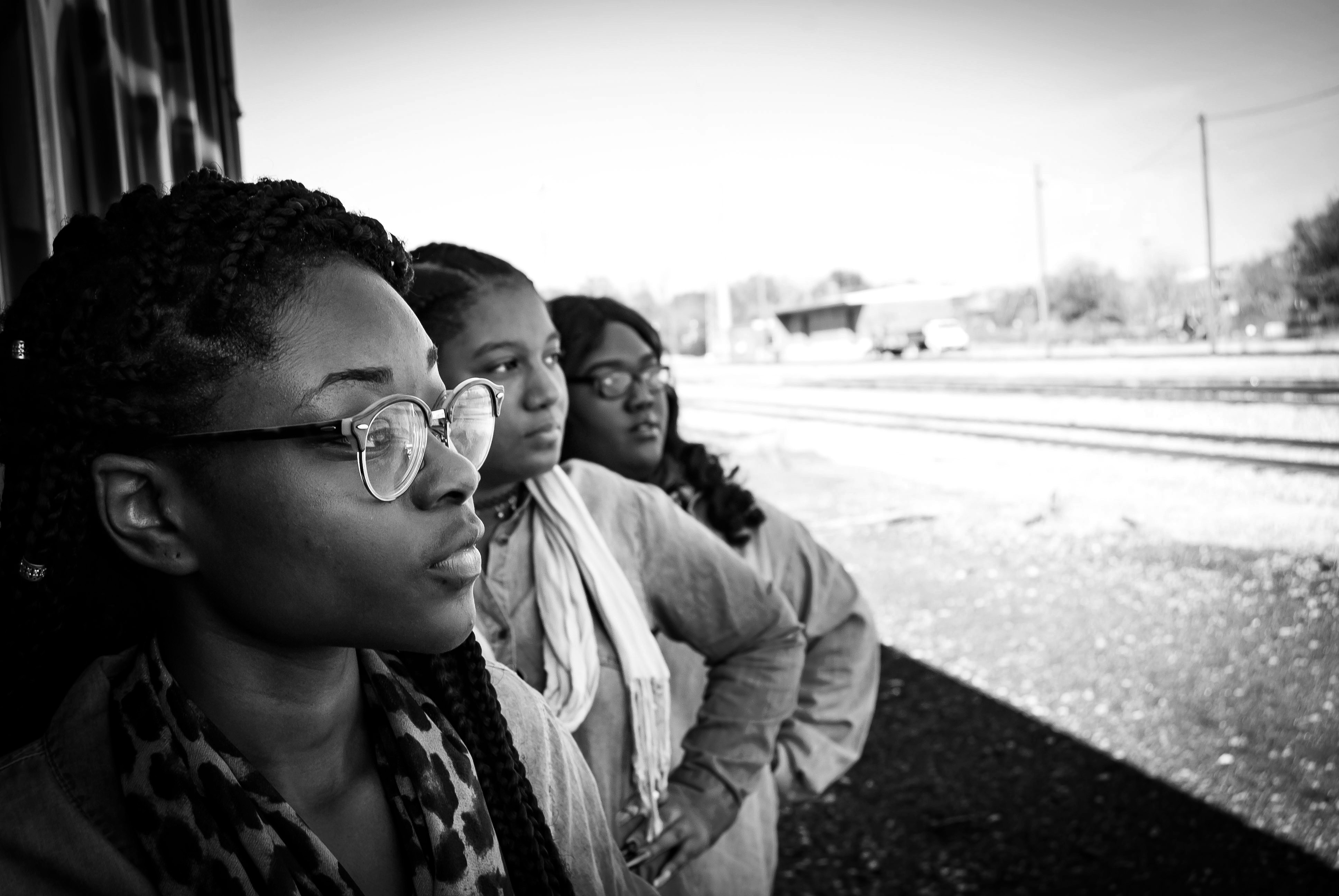 I have to say that I cannot remember how many times I was subjected to sexual harassment, how many sensual expressions I could not sleep because of, and how many clothes I could not wear more than just one time. It is worth mentioning to say that Sexual Harassment in Egypt had become an ordinary social daily phenomenon. I can remember once I was walking down the street but no one tried to provoke me, that time I swear I started thinking; “Do I look so bad?!” , “Is there anything wrong with my look?!” However, I have stopped for a moment and thought again; "To that extent, I was affected by Sexual insult?!” Crazy, isn’t it?!

One of the major changes is the openness of Egypt. Egypt has become more opened due to interactions of Egypt with the west and Europe politically, economically, and socially. Our daily clothes, the movies we watch, the music we listen to, the foreign words we use, it's all proof of the clear westernization and openness that our culture is going through. In addition, traditional Egyptian women often were the ones who stayed at homes to raise-up children while the men of the families were the ones out on the streets working. Nevertheless, over years, the “traditional woman” stereotype changed. Women started receiving a full education of high level and getting jobs that only men had right to before. Moreover, with those huge transformational events taking places in our country and this new status that the women earned, the natural turn of events to expect is that Egyptian women start earning more respect, at least as equal as the men's. However, unfortunately, this is not what is happening. Instead, many men easily proved to us that our society is still years and years behind and that we are in no way even comparable to the developed countries.

Women are not only not as equally respected. in fact, they are disrespected, mistreated, and simply put, in a constant battle for their rights. Moreover, this example I am writing about is only one of the many cases of abuse that women are forced to put up with each day, Sexual Harassment.

To clarify, there are so many ways to be sexually harassed. Touching, face expressions, staring, chasing, Commenting, Undressing, Phone calls, and chatting are all sorts of sexual harassment. As there were many ways a woman can be subjected to sexual harassment, that led to 83% of Egyptian women and 98% of foreign women in Egypt have been sexually harassed.
In spite of the fast and continuous changes that Egypt goes through, it still stays a very religious country especially compared to the developed countries of the West. This means that they strongly depend on Islam upon any rule or decision-making. So how is it that such a religious country is so profoundly neglectful of the matter, whilst countries that take religion lightly such as America absolutely refuse to accept such behavior? Moreover, why is it that despite all of the changes, this behavior still remains unchanged?

It is worth considering that Egypt lacks laws that protect its women from many important concerns including sexual harassment. Indeed, the regular and extreme occurrence of this phenomenon can be explained by the absence of laws that punish those who harass women. As a result, the rates are increasing because these harassers know that they will get away with whatever they do and that they will just go unpunished.

This behavior has been triggered or encouraged by social, financial, cultural, religious, or psychological difficulties that men face because of the country's changes.
For instance, the society's hierarchical separation keeps getting more and more obvious not only between social classes but between genders as well. The Egyptian culture absolutely confirms the clear conflict between genders where women do not enjoy equal rights as men. While some patriarchal societies work perfectly, men in Egypt abuse the position that they have. Several psychologists believe that men who harass women do so because subconsciously they attempt to exert power over women. This could explain the fact that it has been projected to society that the males are superior and dominant. They believe it, take advantage of it, and use it to make women feel inferior by harassing them and more. If women were given equal rights as men, they would contribute and be proactive members of society hence improve our way of life.

Another key reason behind why men harass women is the economic and situation of Egypt. Many sources including El Ahram Weekly and Europe News, write that since a huge percentage of the Egyptian population is under or just above the poverty line, many men cannot find jobs, cannot afford to start families because they cannot afford to get married, and just simply cannot afford decent lives.

However, if this is true, why do managers sexually harass their employees, why do married people harass? This is another segment of harassers with other reasons. As Egypt is a religious country, so conservative. Young men cannot have sex outside marriage, so they are all “sexually hungry” until they get married as premarital sex is strongly condemned. It is religiously banned. In addition, even after getting married, the lack of sexual culture for girls and women in Egypt, the psychological effect of sexual harassment on victims lead them to be psychologically complicated of sex or even get touched, all these reasons cause tension the marriage leading even married men to harass. This is the most frequent excuse that men use to justify this intolerable and offensive manner. In other words, men harass women because men are sexually repressed.

Another point worth noting is that Egypt is a male central society where men are relied on to sustain their families financially; men feel powerless in a society when they cannot do that. Because of their economic incapacity, they resort to sexual harassment to empower themselves. In other words, Egyptian men harass women because it is ego enhancing for them; they feel that they have the power that way. These men are aware that they, both politically and economically, are powerless. Therefore, in an attempt to seek out any form of power, they sexually harass women who come into sight to them as the weaker being.

Sexual harassment is assumed to be based upon sexual triggers by definition. A theory supporting that belief says that the more provocatively a woman is dressed, the more likely she is too sexually arouse men, and therefore, the more likely she is to be sexually harassed. However, a survey by the ECWR (Egyptian Center for Women's Rights) concluded that the majority of women who said to have been harassed in Egypt were not dressed provocatively when harassed; and several women wearing the veils were harassed too. So, is it possible that a man would find a woman who is literally covered from head to toe sexually attractive? Moreover, would a man find a native, 6-months pregnant, veiled woman sexually attractive too? After the incident in 2005 in which a group of young Egyptian men harassed a pregnant woman, the answer to this question is unknown.

Taking everything into consideration, the problem of sexual harassment has evolved into a strange problem. In other words, sexual harassment been going on so often that men do not harass women who are sexually appealing to them anymore, they just harass any and every woman by in order to let out any boredom, anger, frustration or just to feel superior.

One crazy survey says it was revealed that about 43 % of men in Egypt believe that women like the attention and they admire being sexually harassed! The unfortunate news is that women have actually accepted and confirmed their supposed inferiority through their silence. Some women just do not want to speak up for themselves in order to keep the social stability, in respect of their husbands, in habit of the way the society works or because they just think that there is no hope and that any objection is a lost cause.

Finally, sexually harassed victims suffer psychologically a lot. She hates her body, charms and she hates men! These girls go through a psychological status called ‘Compulsive Repetition,” where they create the same scenario themselves with other men feeling guilty they didn’t take an action for the first time.


In conclusion, all the reasons mentioned above that try to explain why does sexual harassment occur to have one thing in common: Power. Men try to enforce power over women because they are economically or politically powerless in a male dominant society- one where men are expected to have the 'power'-. In a psychological attempt to feel powerful, men harass women because men perceive women as a weak creature; and therefore, harassment is an effortless way for men to feel better about themselves. Therefore, according to my findings, the excessive sexual harassment in Egypt can be traced back to the need for men to feel the power that is lacked elsewhere- economically, politically, or socially.

Personally speaking, One day and after years of being harassed in the streets of Egypt, I had that idea of checking my virginity! Fortunately, have not subjected to a violent touch harassment. However, this repeated behaviors made think of this; "Do I still virgin in spite of all of this?!". Every day, I am harassed by the aggressive sensuality expressions that make me imagine myself tied up to a bed with my eyes covered surrounded by some hungry men! It is like losing your virginity each day! I am writing this and I know how it feels like to walk in Egyptian streets, you have to be sure before you try to!