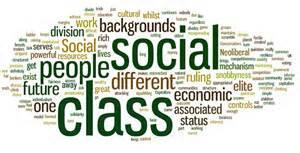 Since its inception in 1947, Pakistan has faced various issues from social inequality, political instability, to economic disparity. These issues have been and are still thwarting the growth of Pakistan. To this, many such measures were taken to eradicate this menace. However, stability in the country is still a distant dream. Pakistan has been bestowed upon by nature many natural resources. Unfortunately, they have been unevenly distributed by the elite class of society, creating social inequality. Moreover, politicians and their personnel have won seats on the rhetoric that they will bring social equality and justice in society. On this point, the country’s various governments have, in particular, failed to provide the fundamental rights to its people. And unless these inequalities are eradicated, peace and prosperity for this country will remain a distant dream.

If we talk about gender inequality, it is considered to be the base for all other social inequalities. We are living in a patriarchal society, where men dominate women. Men are considered the breadwinners, and women as housewives. Similarly, children are also segregated on the basis of gender. Boys are told to be stronger than their sisters. And when they grow up, this dichotomy of the public-private sphere continues where these boys for work, and their counterparts in the private sphere, that is, household works.

According to census 2017, the population of Pakistan is around 207.7 million, with approximately 51 percent males and 49 percent, females. However, the representation here is also uneven. Despite the huge population of females, they are yet underrepresented. Whether it is the workplace, property inheritance, or political arena, the inequality in the population sphere tells us that despite women being high in number, they are still seen less in the outside world. Furthermore, there is a great difference between the elite class and the rest. Whereas, the upper class enjoys the perks of living in this country. On the other hand, the other class strives for better resources.

On this point, if we see their access to basic health and education, there is a clear gap between the two classes. The upper class enjoys the best and state-of-the-art health facilities. Even if they do not find the health conditions satisfactory, they travel abroad for more satisfying results. On the other hand, middle and lower classes have been left no choice other than to look for government or cheap private hospitals. Where the condition of these hospitals is deteriorating. In addition, this inequality starts with basic education. On one hand, upper and part of middle-class families trying to enroll their children in the prestigious educational institutions. On the other, lower class families put their children in public-run institutions, where the quality of education is unsatisfactory.

To this, even in these classes, gender inequality exists. There are a greater number of boys’ educational institutions in the country than girls. This means that the girls receive less or no education at all. As the social stigma here is that, that boys will be the future householders, so educating them is necessary rather than educating both genders. The result is that girls face various obstacles when going for the workplace. In the workplace, on one hand, where the elite stratum outnumbers the middle and lower strata. Similarly, the men in these workplaces are more than women. There is greater inequality in these spheres too, which has to be eradicated for a better future of Pakistan.

The question here arises that, what can be and should be done to end this menace from society. Should the state take responsibility in ending these inequalities, other organizations, or the general public? The answer lies in the measures which must be taken by every member of the society including the state, to help achieve equality in every field.

First and foremost is the state, which can initiate these measures. Giving equal access to all members of society should be the top priority. This means that, giving basic health, education, and adequate working conditions to the people. The gap between the elite class and other classes is widening, which has created distress in society. To remove this gap, the state can start accountability across the board. Secondly, tax collection should be done effectively. And the proper use of these taxes for the welfare of the people would enhance the trust of people on the state and its institutions.

More to this, civil society organizations can create awareness among the people about the ills hindering the progress of Pakistan. Similarly, gender equality in all spheres of life is a necessary prerequisite for the development of this country. According to Quaid-e-Azam Muhammad Ali Jinnah,’ No nation can rise to the height of glory unless your women are side by side with you’. For this reason, we have to end the disparity between men and women for a prosperous Pakistan. According to one analyst, ‘When you educate a man, you educate an individual and when you educate a woman, you educate an entire family.’. By giving basic access to education to both genders, we can create a whole new balanced society.

To this end, the state’s duty is to put every person before the law. No one should be above the law. Unfortunately, in this state, the elite class enjoys lawlessness or are twisting the arms of the law for their own personal interests. Whereas, the poor get rotten behind the bars in minor cases. For social equality to be achieved, everyone should be equal before the law. If the law is the same for the poor and the rich, the oppressed and suppressed, the man and the women, a just society is possible.

Finally, for all these measures to be implemented in a proper way, effective and efficient governance is the need of the hour. Without good governance, none of the measures would be doable. And good governance demands that people must be treated with justice. They should be given the basic fundamental rights including food, shelter, education, and most importantly, they must be treated on an equal basis. And effective governance is possible if people living in this country are given awareness and education about their fundamental rights.

To conclude, social inequalities are creating hindrance in the development of this country. The rich are getting richer, and the poor are fighting for scarce resources. Unfortunately, this was not the ideology on which Pakistan was created. In fact, the division is greater when it comes to the minority of this society. We have to join in hands to fulfill the dream of our founder. As he said on 11th August 1947 in the Constituent Assembly, ‘You are free; you are free to go to your temples. You are free to go to your mosques or to any other places of worship in this State of Pakistan. You may belong to any religion, caste or creed—that has nothing to do with the business of the state. We are starting with this fundamental principle: that we are all citizens, and equal citizens, of one State.’ Sadly, this is not what previous governments’ have acted upon. Inequality remains the same and is further deteriorating. For this, effective measures across the board are to be taken. Providing access to basic necessities, implementation of law and order, to good governance. All these measures can create a just and prosperous Pakistan. Only then, we can eradicate the social parasites that are endangering the survival of Pakistan, and it is the only way forward.