Coronavirus (COVID-19) has changed many things in human life today, especially in urban activities. The city will never be the same again and the journey to the new normal begins now. 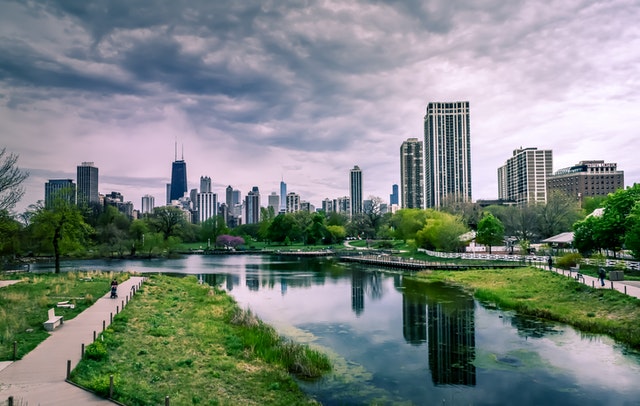 Coronavirus outbreak has been going on for approximately eight months. COVID-19 has devastated human life around the world with a total of cases nearly 5 million and total deaths more than 300 thousand. Many cities in the world are taking steps to lockdown to break the spread of virus. At present, the COVID-19 pandemic is the biggest challenges faced by cities. This problem is not only a matter of health crisis, but also social and economic crisis, which makes us rethink how the cities are planned and managed.

Questions about the future are obviously on everyone’s mind as the coronavirus pandemic sweeps the globe and shutting down cities and states across the world. Coronavirus provides a huge innovation surprise for policy, politics, and space. This surprise also strongly felt by how urban life is today and going forward. Of course, the built environment is very important in responding to changes in cities after this pandemic. Decision makers like government and urban planner should think about what kind of city we will live in the future. This pandemic will certainly change how people work, how people travel, how people shop, and how people socialize. All parties, the government, urban planners, and the community will think again about how they will live a new life, as is often called now-the new normal. Because, believe it or not, our habits as human being also contributes to the emergence of the pandemic.

In the history, cities also make improvements to their construction after the pandemic. Looking back in 19th century where there have been several epidemics such as cholera, tuberculosis, typhoid-policy responses that are made related to urban infrastructure such as sewage systems, clean air and sanitation, public parks, and street open to sunlight and air circulation. This policy response also made in the 21th century where chronic diseases such as diabetes and cardiovascular disease became a disease that many people suffered. Improving cycling, walking street and public transit are some examples of policy responses used to make the city ‘healthier’ for its inhabitants.

Policy response in 19th century and 21th century could also applied to the corona pandemic. Cities in Europe have begun to respond to changes in city structure following the pandemic situation and post-pandemic. For instance, Italian city government plans to maintain the capacity of the metro system less than two-thirds of pre-pandemic activities. On normal days before the pandemic occurs, the transportation makes 1.4 million trips each day. In addition, Milan city will also be applying big cycling and walking. The city of Milan will also renovate more than 35 kilometres of road space previously used by cars for bicycles and pedestrians. The aim is to provide more space for pedestrians to spread safely. This is happening following the debate over density and crowding can make the virus spread faster.

In addition to changes in transportation, the city will also re-evaluate its density. During the pandemic debate arose among urbanists that density or crowds had a major influence on the spread of the virus. A common argument is that high-density area makes cities more vulnerable to epidemics because of the possibility of frequent interpersonal contacts. Research conducted by World Bank in several Chinese’s cities show that cities with very high population densities such as Shanghai, Beijing, Shenzhen, Tianjin, and Zhuhai have had far fewer confirmed cases per 10,000 people. On the contrary, cities with the highest coronavirus infection rates were those with relatively low population densities, in the range between 5,000 to 10,000 people per square kilometre. Another interesting finding is cities with high-density level such as Hong Kong, Singapore and Seoul have proved to be the most formidable at handling the spread of the virus.

Furthermore, we can see that density as an ‘asset’ for combat the virus due to high and centralized population will facilitate the logistics system for assistance during the pandemic. Hospital infrastructure-emergency response times are faster, and hospitals are well staffed in denser places. Denser places also usually have other infrastructure that is easily accessible such as grocery and public transportation. Therefore, it cannot be conclude that density is the enemy in fighting this pandemic.

What lessons can urban planner and decision maker take? The answer depends on how they see and diagnose this problem. The time to reassess our built world is now, not after the next catastrophe. The coronavirus has reminded us that we can see many challenges coming if we pay attention and listen to the experts. We cannot wait until we are overwhelmed.