I am submitting my article about Afghanistan's upcoming parliamentary election which has been dated for October 20 exclusively for International Youth Journal. it is my pleasure that you are taking it into consideration for publication. 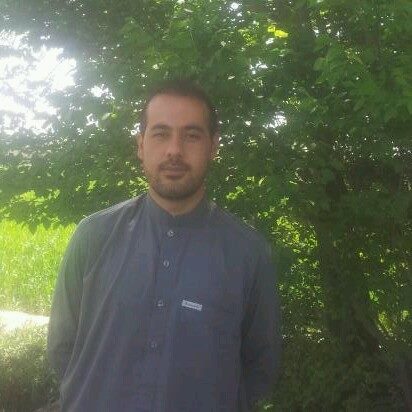 By holding long delayed parliamentary election on October 20, Afghanistan is going to shape a new chapter in its recent political arena.

Based on Afghan constitution parliamentary election should has been held in 2015, but due to 2014 controversial presidential elections which coincided withdrawal of huge portion of international forces from Afghanistan, then newly elected president, Ashraf Ghani extended the current parliament period by issuing a legislative decree.

Though doubts were high about government’s sincerity and resolute intention for holding parliamentary elections at the beginning, president Ghani not only managed in a well and appropriate manner to deliver on his promise for bringing a new Lower House, he even went on to date presidential elections on 20 of April 2019, as his five-year term comes to end.

Despite of billions of dollars has been handed, sake of lack of up-to-date technical electoral system, Afghanistan is still among the handful countries in the world staggering to launch its national processes properly. Nevertheless, following the pressures mounted by political parties, in an unprecedented proceeding Afghan government eased to exploit biometric system on the election day to avoid fraud.

Over 22,000 mobile biometric devices made in Germany have been procured for about 21,000 polling stations throughout the country, according to Afghanistan Independent Election Commission. President Ghani’s approach for using biometric system did convince political parties to give up their sit-ins before the election offices begging for transparency.

By stepping up recent measures, even though transparency has been addressed at some extent, security continues to remain chief among the obstacles challenging the process. While Taliban – running 17 yearlong lasted bloody insurgency against the Afghan government- recently released a statement warning to halt the elections process, ISIS-Khurasan too lingers as a terrorist group very known for taking tolls on soft targets throughout the country.

On October second only five days from the beginning of election campaigns, a suicide bomber hit an election rally in eastern Nangarhar- a province which has already borne the blunt of extremely murderous suicide attacks carried out by ISIS militants- killed 14 civilians and maimed 43 more. ISIS claimed the responsibility of this one too. While election rallies are going on with full enthusiasm in most parts of the country, a nationwide vigilance is a must to stop further potential bloody attacks on election gatherings.

A part from the all challenges that still parliamentary election shaky process struggling with, a striking number of young, well-educated and qualified men and women are running for the lower house, seemingly the upcoming Afghan parliament will be the youngest ever.

Totally, 2,565 candidates, 417 of them women are contesting for 250 seats. A huge number of candidates who represent the Afghan young generation are highly expected to change the parliament notorious for its corruption. While due to poor security and flawed previews elections, concerns are high about the public turnout on the election day, election commission said that roughly 9 million eligible people out of all over 30 million population had registered for voting which seems in line with the Afghan standards.

If this parliamentary and next year’s presidential elections prevail all challenges, hopes will jump for a better future. Both, sitting and next government have a tough job a head regarding peace talks with Taliban, Negotiation with the Taliban should be echoed from institutions strongly legitimized by votes casted by public.

To bring enough transparency and fairness, international community is needed to turn open eye towards the process in term of supervision as it mounts financial support for. If this already highly costed process –while presidential election is also embarked to be held within 6 months- headed in wrong direction, the reputation of national processes such as elections would get further damaged in eyes of public and restoring credibility soon seems far.