The city of Charlottesville remembers with fresh wounds the elevation of Fascism against absolute democratic principles clearly orchestrated by white supremacist Saturday 11th-12th August 2017. One year after, has president Trump earned his redemption? 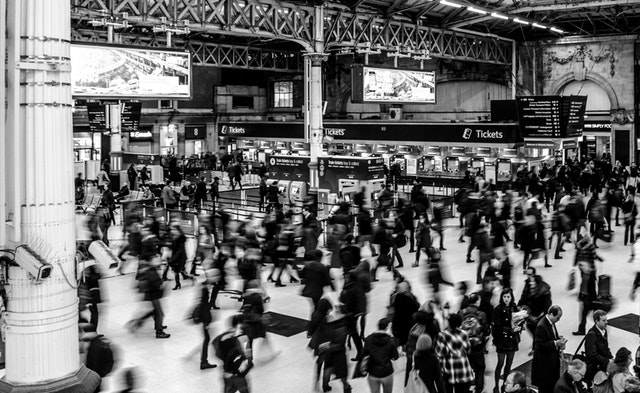 With memories still fresh and wounds yet to be healed, Americans rekindles in a candle light session with utmost nostalgia as they remember the very unfortunate events that later erupted into a scene of needless bloodshed, violence and racial bigotry resulting in the deaths of three Americans.

Established in 1762, the city of Charlottesville took its name from charlotte of Mecklenburg-Strelitz who later became queen consort of Great Britain after a royal nuptial to King George III in 1761.

Known for its pristine-like candor unlike most of Virginia, the city was spared the brutal brunt of the American Civil War. Besides, the only known battle to have taken place at Charlottesville was the Skirmish at Rio Hill, an encounter in which George Armstrong Custer briefly engaged the local confederate home guards before retreating.

Sadly, the city brought to her kneels in silence Sunday 12th August 2018, marked the sad realities of the maiden commemoration of last year deadly rally which led to the death of 32-year old Heather Heyer as a car manned by a white racist (James Alex fields Jr) rammed through the crowd of anti- Nazis protesters, leaving so many injured.

It was the “Unite the right Rally” also known as the Charlottesville riots. A white supremacists movement of the far right with self-identified members of the alt right, neo confederates, white nationalist, Klansmen, neo Nazis, alongside various racist militia. The protesters who marched through the city in their numbers chanted racist songs while professing anti-Semitic slogans as they oppose the removal of Robert Edward Lee’s Sculpture from the Emancipation park prior to a vote by the city council of Charlottesville who voted 3 to 2 in favor of its removal alongside the stonewall Jackson statue.

Robber Edward Lee was a commander of the confederate Army, the losing side in the U.S. Civil War.

According to Charlottesville vice mayor Wes Bellamy (Now Councilor), the presence of lee’s statue shows a "disrespect" to parts of the community as it relates her significance. Also, in a similar message, the city council acknowledged that Lee’s statue represents "hate" and was a subliminal message of "Racism."

The Charlottesville protest brought to the forebear the glowing trend of Fascism and absolute racial glorification as clearly seen by an administration whose body language and political rhetoric apparently supports the obvious.

President Donald Trump in his assessment of the white supremacists racial chants and anti-Semitic slogans failed the majority of Americans who wittingly looked up to him shortly after the violent protest at Charlottesville for a re-assuring premise as well a staunch patriotic succor a year ago. This however wasn’t the case as the 45th president of the United States missed a golden chance in engraving his name both in the history books and the sands of time.

“Those people were also there because they wanted to protest the taking down of a statue Robert E. Lee,” he ended.

One year after, the protesters took their hills to Washington just few blocks away from the white house after the Supremacist organizer Jason Kessler was declined a right to rally through the city of Charlottesville as it was the case a year ago.

Ironically, they were greatly outnumbered by large groups of counter protesters who staged a peaceful gathering against hate and bigotry.
From Virginia to Washington, large anti-Nazis demonstrators took to the party as they dwarfed the “Unite the right Rally 2” far right supremacist who a year earlier had over-powered both the counter protesters as well as the police who obviously didn’t envisaged the resultant effect.

“The riots in Charlottesville a year ago resulted in senseless death and division. We must come together as a nation. I condemn all types of Racism and acts of violence. Peace to all American”. President Donald Trump condemning in strong terms racial conduct and any forms of violent act as orchestrated by any racists’ movement a year after fascism overrides democratic norms at the city of Charlottesville.

Here is a script out version of what he said a year ago immediately after the protest at the city of Charlottesville.

One year after, the big question remains, has president Donald Trump earned his redemption? Or is this a little too late?

How well has morality come to play in the Trump white house barely a year after the city of Charlottesville witnessed racial slander from white supremacist?

To many Americans, the question remains thus; why wait this long in condemning the obvious in strong terms?