It was hip-hop’s birthday (August 11, 2019) and I know I should’ve written this article yesterday. Well, better late than never! Hip-Hop took birth in the harsh streets of Bronx, New York on August 11, 1973, at the “Back To School Jam” hosted by the man deservingly considered as the father of Hip-Hop: DJ Kool Herc. Since that day, Hip-Hop has experienced a growth that changed music forever. 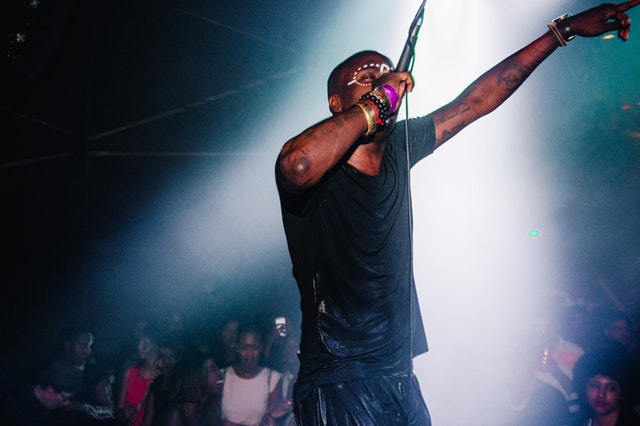 All along the way, we got to listen to many lyrical miracles by many greats of the genre/community/culture. Not only did they raise the standards of Hip-Hop, but they also succeeded in inspiring a lot of people with their songs and the things they said/say. So, it’s only fair to relive their words on the birthday of Hip-Hop to rush inspiration and motivation throughout our bodies.

Starting off the ride with un-arguably one of the greatest rappers in the history of Hip-Hop. The Notorious B.I.G. aka Biggie Smalls said what he said here because he had a very humble childhood and he grew up in one of the harsh parts of the USA. When you’re in such conditions you’re bound to have negative thoughts coming in your mind all the time. His art was his companion through all of this. He used his talent and skills to get from ‘rags to riches’ and we can all learn a lot from him. R.I.P.

“Money and power don’t change you, they just further expose your true self”

This quote by the first billionaire in the history of Hip-Hop can be a challenge to comprehend. What Jay-Z wants to say here is that we must always stay true to ourselves. This is because even if a person becomes more rich or powerful, his/her true self will never change. Money and power will just act as the catalysts in the process of exposing his/her true nature. So this simply means that if a person changes after becoming rich and powerful, it just means that this is their true self.

No doubt he is considered as the greatest rapper alive! Just like many greats of the culture, Eminem also had a harsh beginning. With his mother being a drug addict, his father leaving the house when Eminem was just a couple of months old, him being bullied in school, Eminem has learned and grown a lot since then. He knew from a very young age that he has to be the one to earn for the family and well, he did an amazing job. This quote just reflects how much he has learned from his life. If we all start working like this, we’ll truly be able to bring out the best in ourselves.

“I don’t have no fear of death. My only fear is coming back reincarnated. I’m not trying to make people think I’m in here faking it, but my whole life is going to be about saving somebody”

Yet another great of the culture, Tupac wants to imply that we get only one life. One life in which we have to do all that we want to do and accomplish all that we want to accomplish. There’s no coming back after this life is over and we need to work as hard as we can to realize our dreams. Although Tupac was a highly quotable man, this is his best quotes according to me. We really can learn a lot from this great man. R.I.P.

Un-arguably one of the best MCs (Mic Controllers) to always spit rhymes, Snoop Dogg makes a very valid point here. He wants to imply that the best way to get motivated in life is to go in the past. Just think back and remember the reason why you started what you are doing right now and trust me, you’ll be unstoppable. This can also mean that we should learn from our mistakes. Looking back at our missteps and learning from them.

“A normal life is boring”

Well, what can I say? Eminem is the master of saying so much while saying so less. Just think about it, would you be happy doing a 9-5 job, 5 days a week (definition of a normal life), for the rest of your life? I’m pretty sure that the answer is NO! Everyone has a dream and a passion in life and we must follow that dream in order to live the life that we want to live. Doing what you love to do and working whenever you want to work… now that’s the definition of an interesting life and the one you want to live.

“When the ideas are coming, I don’t stop until the ideas stop because that train doesn’t come along all the time”

The man who himself is a great and who introduced greats such as Eminem and Snoop Dogg to the industry. Dr. Dre truly is a visionary, an amazing DJ, a mind-blowing rapper, and an inspirational businessman. He wants to imply that whenever we get an idea of doing something, we must never let that go as that might be the last time that idea strikes our mind. Always write down whatever you think of doing as that’ll help you in developing and working further on that idea. And who knows, that idea might just prove to be a life-changing one. If that doesn’t inspire you then I don’t know what will.