Who knows, mayhaps a soothsayer had forseen what would be the fate of Nigeria after Independent? Like Ola Rotimi's 'The Gods are not to blame' where a great seer of supernatural ghoul sees the pregnancy of the snail in the shell. A semblance of it as the playwright portrayed, King Adetusa of kutuje land placates the oracle to forsee the destiny of his new born baby. The oracle speaks, and the vulture was present for the atonement -- the rest is history. The analogy is of this country, we play the pattern of fiction but non-fiction happening to Nigerians from then till date. 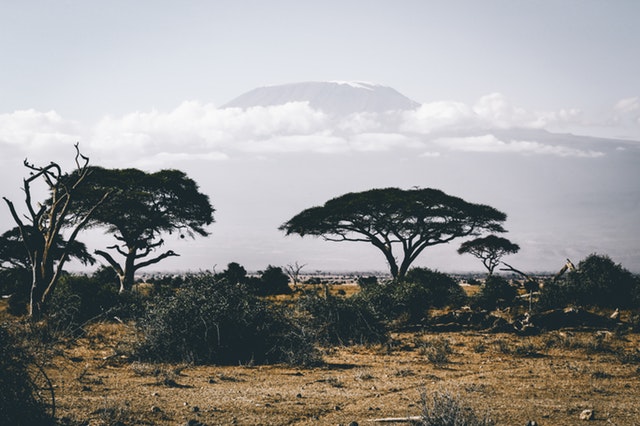 To be on a virile of schizophrenic momentum reality. Maybe kiwi has covered their ears from hearing what the soothsayer said about the future. Or mayhaps fact has become victim of febrile fancy. That Nigeria was freed from the tangle of the whitemen is never an unleashement for freedom,rather a jostle for suffering. No qualms, those past leaders hitherto are of no populace interest, rather to amass personal wealth. To pinpoint this, let's flash back from the outset of self rule in this country; from one government to another. A lot had been affected by nausea, when having nestle promising nurture.

Having felt depressed of Nigeria entanglement, and the familiarity of poverty hymn sings to the stoic Nigerians ears since 1960s till present, still hoping that things would be better. According to a German-born Henry Charles Bukowski, he said: "This could mean losing girlfriends, wives, relatives, Jobs and maybe your mind go all the way. It could mean not eating for 3 or 4 days. It could mean freezing on a park bench. It could mean derision, mockery. Isolation is the gift, all others are the test of your endurance".This motivational words have changed many lives, many countries, and many homes. But does It work for Nigerian? And as our people do say, "Too much expectations weak mind".

Nigeria has indeed passed through a lot of ups and downs, spearheaded by different military rulers and the acclaimed civilians. But while history would never forget some, it would still never forget others. During the era of Nnamdi Azikiwe (1963-1966),the first Nigerian president, and a ceremonial per say. Nigerian experienced hardship, expecting the next governance would be good but funnily enough, the next was an electrifying Major-General Johnson Aguiyi-Ironsi(1966). A man whose joy resided most in crime -- to be cleared, the murder of some highest rank politicians in the North and West then, was never without his knowledge .But as it is, he who lives by the gun, dies of such - He was murdered after 194days in power .

A blink after the man was murdered, Yakubu Gowon seized power . He Implemented genocidal tactics against the Igbo people,from which more than 50,000 people were killed in 1967-- an aftermath of the civil war. Things seemed ready to change when General Muritala Muhammed (1975-1976) became the head of state. The man tried his possible best to make his tenure different from Gowon's but he escaped not the bellicosity of that moment -- murdered at last. After the era of this military junta, the country witnessed again a republican government when Shehu Shigari emerged the president (1979-1983). Under the party of "One Nation one Destiny", Nigeria economy accidentally got into mire prior to a drastic cooling of already booming oil price. As if it wasn't enough, the resurfaced of the military government was again spearheaded by Gen. Muhammadu Buhari (1983-1985). To Nigerians, Buhari's tenure was such an harsh time because of some government-implemented policies.

Sardonically, emerged was an era engrossed with corruption. Gen. Ibrahim Babangida in 1985 after the Buhari's ruling was forcefully ruled out. He spent seven years or thereabout, messed with corruption practices. After the nullification of June 12, Ernest Shonekan manned our affairs for meantime in 1993. During his tenure,not even the price of a needle escaped the uncontrollable inflation and foreign investments in non-Oil related industries significantly waned.

After just three months in power,Shonekan was overthrown by his head of security defence 'Sani Abacha'( 1993-1998). Abacha's politicial period rested upon his remakable economic achievements, which seemed to overshadow some of more controversial aspect of his government such as; Human rights abuse and corruption. After the steel and zeal of bellicose abacha expired, Abdulsalam Abubakar surfaced. He's well described as a peaceful man, and one who keep to promise to handover to a civilian government after six months. That's when Obasanjo had his way to come again, but as a democratic president. After his first tenure ended, though corruption gained stance more but he was reelected in 2003, making it two terms in office.

If not for wicked death, Obasanjo-- after his third ambition failed, had handed over to a man of utmost public interest, Umaru Musa Yar'Adua. His tenure ressurected the carrion hope that Nigeria can still be better. Though he firstly completed the dead Yar'adua's tenure, before being elected president in the year 2010. As a result of collosal eruption of social unrest, religious and ethinical genocide, the Global peace Index of 2016 classified Nigeria as the 4th country in the world with the highest level of calamities- of conflicts pivot.

As the mantra from which the past ducked and the present administration was lifted - change. And of course, insecurities and corruption as major parameters which necessitated change of government for Nigerians. Now! How have this 'change' changed from the previous status-quo. On paper, no more insecurity, and likewise, all the corrupt government officials have had their legal tune to dance to, but it remains inquisition for a sane mind in reality.

Now that another line would soon be drawn. A step towards freedom or another clarrion call to free doom of unresponsive government. Before we step into the river again, can't we think outside the box? Can't we have a Nigerian president pro bono and not of one ethnic or religion sentiment would spur. It's high time we gave the resources draining system of government, rotten education sector, insecurities and injustice a way forward symposium before moving to the poll in 2019. Therefore, as our people believe, Cola-nut ages more in the mouth of the aged.

Cite This Article As: Abdulwaheed Sofiullahi. "Of Nigeria and her seesaw." International Youth Journal, 18. February 2019.