This article tackle domestic violence, that's affecting the world over. This problematic situation has damaged many young people's lifestyle. Due to the fact that, they have lost inventing caring from their parents. After they're no more living together, because of an effect of domestic violence. It talks about its side effect also. 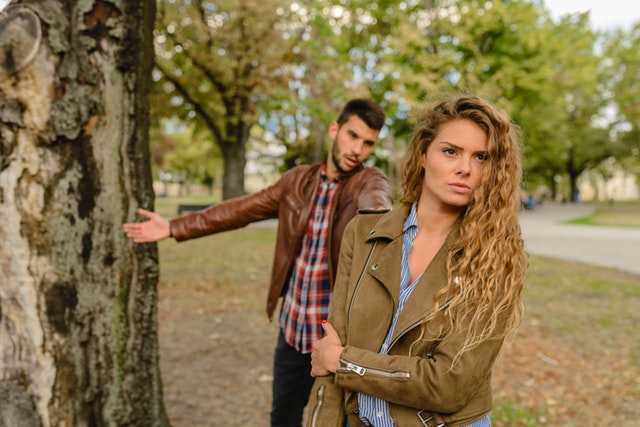 Meanwhile, it's worthwhile before I proceed that the phrase "Domestic Violence" be expantiated. "Domestic Violence" according to Wikipedia Dictionary – also can be referred to as domestic abuse or family violence, is violence or other abuse by one person against another in a domestic setting, in marriage or cohabitation.

In our Societies, the pole of domestic violence had grown wider due to no much attention. The aftermath of brutality cannot be taken in to consideration. Before the intimate relationship, barbarity maybe committed by a spouse. It may happen even between partners – taking in heterosexual or same-sex relationship between formal spouses or partners.

Among the challenges facing societies is their notion of forcing girls to get married in tender age. And by so doing, also enlist themselves into the acts of child-abuse. Meanwhile,globally, the victim of domestic violence are overwhelmingly women,they tend to be proficient in proliferation of several forms of violence.

The irresistible and inevitable problems of domestic violence between couples is mostly considered as husband turning his wife to punching bag. During the mid-1800s – most legal systems viewed wife beating as a legal exercise of a husband's authority over his wife. But, that's a barbaric notion to women of this 21st century. And the problematic ways of living may turn to hell for them. Most violence of such – if not for the overruling of its trauma on the subject, it's more enough to divorce.Meanwhile, all this surely has impact on children. Putting them at the receiver's end of no mutual affairs between their parents.

It's normal everywhere. Unless in some parts with exception – children are used to their mother than father, mayhaps due to proximity. Especially in the parts of this country, where wives are not allowed to work again upon married. Certainly, children has share in whatever domestic violence and its aftermath – possibly phycological. Children who live in a household with violence often show phycological problems from an early age, such as ; avoidance, hypervigilance to threats and dysregulated aggression which may contribute to various traumatization.

This topical domestic violence has unchanged the social interaction and good morality of some children. To some extent, some children commits suicide because of the end between his or her parents – who knows what such has been witnessing before, watching ones parent fighting.

I had the opportunity to chat with a once-child-victim of domestic violence. Guess what I was told , "According to what I was told, my mother left my father's house when I was nine-year old. And she left me alone with my elder brother. Though, I couldn't even recognized my mother because I ever once sighted my eyes on her. My father married another wife, but our relationship with her was not smooth. Because our father usually travelled to work and there was no parental care, I developed the bad attitude of smoking, gambling, and sleeping everywhere night fixed me. But I shouldn't have dug into such situation if I lived happily with my parent.", he explained to my curiosity.

Meanwhile, according to his beliefs, domestic violence is a must stopped happenings, asserting that as divorce rarely occur in such cases, with the existing bad culture of silence, and a spur factor towards marital rape, child abuse, turning into good things with effect, negatively on children.

Cite This Article As: Abdulwaheed Sofiullahi. "Of Domestic Violence And The Youths ." International Youth Journal, 22. December 2019.