As the literature goes, design is not making beauty. Beauty emerges from selection, affinities, integration and love. Whatever comes around, goes around. Maintaining a solid phalanx has always been the surviving tonics of diverse entities. 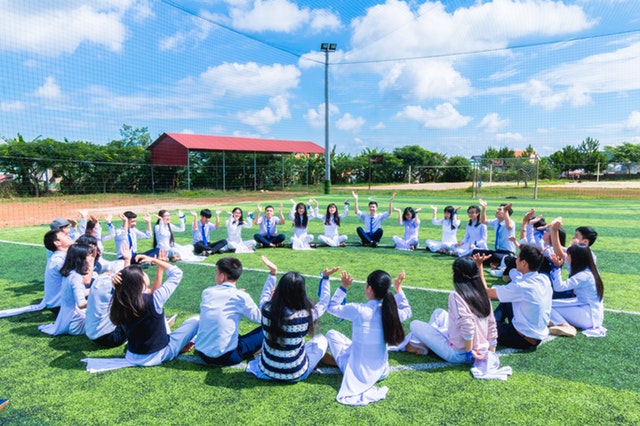 The National Youth Service Corps, a brain-child of Gowon's no Victor, no vanguished poetry, was doctored as an integration Mechanism. Tailored to heal wounds sustained during the civil impasse that lasted for months, and wreck incalculable loses; thereby exposing the cleavages that ditched the Nigerian Federation. NYSC allows young graduate to be posted to locales other than their own with a view to eschewing intolerance and develop common ties among the Nigerian youths, and perhaps promote national unity and integration.

Arguably, the programme could be said to have attained her climatic moments given the context in which the country has managed varying differences, crisis paving way for troubles, that emerged from differing ideas.

A tiger does not shout its tigritude, it acts. Exposure to different cultures was believed to have healing powers that could forstall seeming violence eruption. However, for how long must feverish bird suffers in silence? 45 years after NYSC was unearthed, the cesspit of intolerance; religious, inequalities, fear of marginalisation, tribal and ethnic cleavages still permeate the sanctimonious embroidery of our giant of Africa. Killings like none before show no quirky abatement. In fact, corps members bear sizeable chunks of the malice that hooked the country like unnoticed worm.

Paddling it further, as a result of the increase in available universities which hitherto led to a boom in the number of graduates yearly. Mouth-watering fund is often budgeted for the program. A total sum of eighty-three billion naira was enmark for the allowances of corps members in 2018. In the previous years, statistics in NYSC 2017 budget showed that apart from allowances, the NYSC spent ₦2,491,681,500 for kitting and ₦3,272,103,431 on meals for her 21 days camping; this massive spending does not in any valley commiserate a returns for the Nigerian people, rather an upkeeping of a programme whose lifespan is in a transition phase.

Be it as it may, the present is weeping, the future is not happy, but to resign oneself to it is to be crippled fast. In the words of the Afrobeat maestro, Fela Anikulapo Kuti, “My people are scared of the air around them, they always have an excuse not to fight for freedom.” if we all feared to fight for righteous, who would define the future? The responsibility to rebrand the conduct of governmental businesses rest on our shoulders; to rethink an holistic approach towards businesses in government institutions and parastatals. It's high time we remarked the vision, mission and structure of NYSC.

The flowery fruit of life is procreation, politics smiles with numbers, the increase in higher institutions in the country has provided ground for deeper integration, accommodating students from the nooks and crannies of the country. Even though there has been public uproar on the sustainability of the programme, I hold the belief (that) the programme be sustained, but the founding scope of NYSC need be refurbished; a paradigm shift from national integration Mechanism to a manpower development programme - a model N-power, a social investment programme.

Thus, this requires that emphasis on mandatory national service paved way for a voluntary service with a view to enhancing efficiency, transparency and an avenue for leadership development. Hence, young graduate, at his/her will, will have the liberty to enroll for the service. Thereby killing two bird with a stone; minimising costs and an enabling atmosphere for leadership training and skills acquisition.

On the same lane, prospective corps members who wish to participate in the programme will have to apply through the existing channel, sit for tests to test PCMs' fluency, accuracy and intelligence, and including voluntary military. Here, corps members in military service need not necessarily engage in the field. The service is based on equpping them with the necessary tools for self-reliance in the post-service years.

On benefits, every good turn deserves another. Every human endeavors require psychic energy. A 'Well done' accelerate the rate of work done. A system of incentives should be birthed with an upward increase of allowances to enable a Corps member, with the specialist and certified training and skills acquired, establish a fruitful post-service life, and encourage young graduates into taking voluntary national service.

To this end, though the moon moves slowly, by daybreak it crosses the sky. an ideal 21st century corps service with ease is an everyone responsibility. Fetching from the intellectual spring of Barrack Obama, he posits that "Change will not come if we wait for some other person or some other time. We are the ones we've been waiting for. We are the change that we seek." As he said we are the change that we seek.