Each time I hear of various complains made either on the newspapers, magazines, television, radio, social media, etc; it grieves my heart so much, such that it puts me on the thought towards finding a key and vital solution to the problem(s). And, in my quest towards answering for the above, I had an encounter with the Leadtots 2019 Youth Civic Engagement Program, which granted me the understanding that there is “nothing about us, without us”. 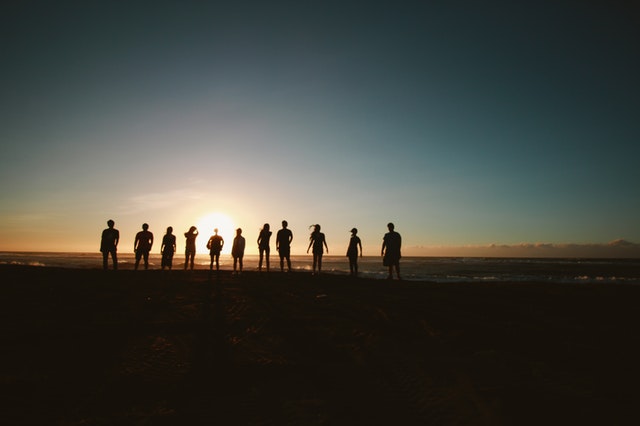 The world is a dynamic place, it is a changing environment. And, nothing we see, that is/was not influenced by a particular cause.

As time passes on, we continually hear of deranging circumstances that have bedeviled us either as individuals, a community, as a group of persons, as a state, as a nation, continent and of course as in the world at large.

The Nigerian nation (as indeed some other nations) has been faced with the scourge of insurgence, religious fanaticism, corruption etc; but we’ve taken little or no consideration on the fact that we are the cause.

Insurgence will continue to berate us for as much a time, until we learn to unite as a people, shunning away our various differences and attitude of “it’s not my community that is been affected”, and join our understanding and purpose together to fight this big devil that has so made us lack value for human life.

How can we possibly say that our differences in our religious affiliations, is not for our good! I view our diversity in religion, ethnicity and the likes, as a point towards which we all learn to respect each other’s decision. But when some others tend to act in imposition of their views and believe on others, in the manner of fanaticism, then am afraid we still cannot run away from the negativities that follows such fanatic acts. And, when we sit back and act as if nothing is happening, then we also contribute to the problem.

And for corruption, its effects on the people need not be overemphasized. Until we as a people come to know that; when we don’t face the scourge of corruption, when we do not drill ourselves to stop the likes of such acts, through conscious efforts, then we probably will still be delving in the density of this devil, called “corruption”.

Recently, I was privileged to be amongst those admitted into the 2019 Youth Civic Engagement Program (formally known as DE Watson Leadership Academy), of the Leadtots Human Development Services. The program, which is funded by the National Endowment for Democracy (NED) USA; was that of an engaging one, where participants are been spurred the more towards deepening youth’s participation in governance.

One key focus of the program was to instill the right motives, skills, knowledge and spirit in the participants, so as to bring about change in the narratives of our various communities. Thus, preparing us to be agents of change; because there will be “Nothing About Us, Without Us”. Conversely, “there is something and many more, about us, with us being involved”.

We continually see people that are anxious to improve upon their circumstances and that of their surrounding environment. But little or no efforts do they put forward towards improving upon their selves; forgetting that “Man” is the centre by which all other things we see revolve.

It is not just enough to take a decision, but it is high time we put to action our decisions into actions. It is so pathetic that some of us:

No! Now, is the time for us to act towards causing change in our communities, towards rewriting the narratives of our dear state, our nation, our continent and the world at large. However, that requires our collective involvement as a people longing for change. Because, just as Barrack Obama said “…our individual salvation depends on our collective salvation”.

The people are the actual assets of any nation. Amongst which the youths own the larger percentage to determine the worth of any nation’s assets. And the centre stage to this, is our involvement in governance; because governance is one important tool which determines the extent to which assets are been managed. And, once the people lack good management, you can be sure that the people will be left of nothing but of a mismanaged deposit of resources.

Remember, there is nothing about you that can be said of you, without your involvement. But you have a choice of what narrative would be said about you. Consequently, that will be a factor that will contribute to the narrative of your family, community, state, province, nation, continent, and by implication the world at large.

Therefore, make sure you get yourself involved!

Cite This Article As: Abednego Ishaya. "Nothing About Us Without Us." International Youth Journal, 24. October 2019.