The struggles of man begin at birth much as the ruins of a land and its people begin in their homes. The chemeleon is no food, it commands tears from eyes. Coming from the seat of the Caliphate, I thought my pen would be drown in the puzzle and buzzle of political campaign; the dilemma of old criminals in a duel with new saints. 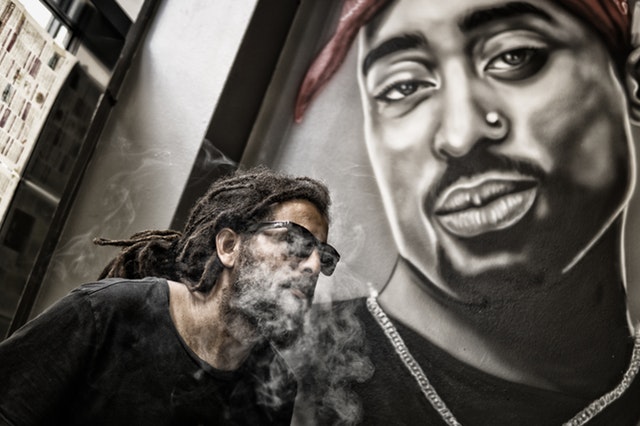 The nib of my pen was already growling in Marx's "Capital Manifestoes", the blueprint of capital flight, only to be dump in the menses of Moral swash - a total disrespect of Moral and cultural values. When the head of a family dies, the house becomes an empty shell; when total erosion of value is the order of the day, the fate of the future remain blurry like the erratic power supply in Nigeria.

In a countless wandering, seeking peace and finding none, there is rampage now in the land, joy has broken and scattered. Peace, too, is on a journey to the land of our fathers. The flash dwindling in moral and cultural values has not only a debilitating effect on the socio-economic and political sphere but also rape the future of it's fertility. A common stereotype of the mass erosion of our values which resulted in explosive social nuisances include gaudy smoking, indecent dressing, drug abuse among other that could not witness the serenity of the early morning breeze.

Clothes are not dyed in Isokun, White is their customary costume is a Yoruba adage that typically depict the ancient sanctimonious city of Ilorin, a city known for her peacefulness and holiness. What makes an elder eyes full of rheum, if a child should witness such, his/her eyes would become history. Today, this triats can hardly be identified as air has been let loose, trouble in labour; the future in trouble. Adolescents now take to the holy street of Ilorin Alimi what is meant to be taken in the deep bush (if at all one could dare to go). "Weed" has become a preliminary exam taken by juvenile on their path to being "big boys or girls". How long must feverish bird tremble in silence before their keeper? For how long must security agency sleep when their roof is on fire?

Drug abuse is another cankerworm that has eaten deep the fabric of our society. Youths have become debauched in a bid to impress their friends and be identified with the growing trends. About 40% of Nigerian Youths engage in substance abuse, a clear throat index that moral and cultural values is in coma.

Like Obafemi Awolowo writes " problems are like plants, they have roots" the Nigeria Music industry is a "playmaker" backing the heavy erosion of the society's values. Music, is argued, is for the mind, much as the mind aids the formation of attitude; the nucleus of everyday life. The Nigeria Music industry rather than being preacher of good values promote and appraise mediocrity. "Shaku Shaku", "Shawa Shawa" and other so called 'hits' display showy smoking of weed and obscene scene which pass no other message than immorality.

When red coal dies, it is survived by ashes. Have you ever seen banana tree dying without its sibling sprouting? A child of today, becomes the lord of tomorrow. What then becomes the fate of today's drug addict? Nigeria youths now see drugs and other substance as a devil that must be dared. The implications of this, is the enthronement of mediocrity and widespread social nuisances. Untill the rotten tooth is removed, the mouth must chew with caution.

All in all, the present is weeping, the future is not happy. Untill the current debacle is checked, the future of our future is in perilous danger. To this end, " Nothing will change, unless we change, nothing will get better unless we get better. We are the change we want. If we want change, we must change"