06. November 2017 at 06:25
by Sachin Gahatraj
Shift in time and erratic pattern of monsoon is exacerbating rice production and eventually, food security in Nepal. 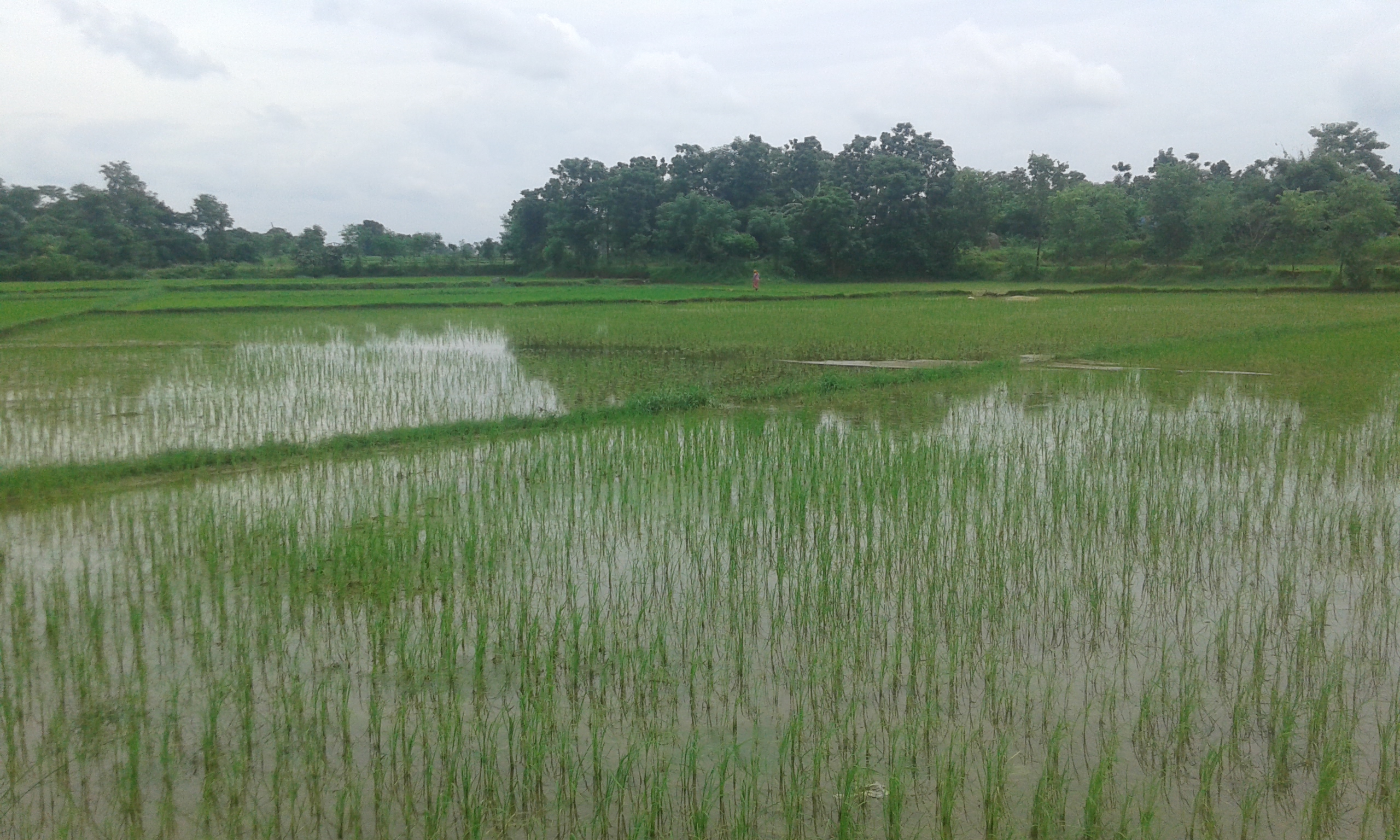 Nepal is a small least developed country in central Himalayan Mountains which consist of low tropical plains and central plateaus that rise up to the world's highest peaks.

Generally, monsoon enters Nepal on June 10 which originates in Bay of Bengal and moves along the southern flank of Himalayas, bringing rains to Nepal. More than 80 per cent of precipitation occurs during monsoon (June -September). Seasonal monsoon is the major source of irrigation in rice field as 30.08 % of rice cultivation is rain fed. Rice is the major staple food crop of Nepal providing 50 per cent of total calories requirement of the Nepalese people and contributes more than 20 per cent of agriculture GDP. Rice is not only the principal source of food but also a major source of employ, income and way of livelihood.

But, in Fiscal Year 2016/2017, production is predicted to reduce drastically as severe prolonged drought hit rice nursery causing death of seedlings and succeeding worst monsoon in last 15 years. Nepal is just recovering from pain of disastrous 7.8 magnitude earthquake on 25th April 2015 and consecutive aftershocks that killed around 9000 and made around 2 million homeless. Most of them haven't yet permanently rehoused. Heavy rainfall from 11 August 2017 had triggered devastating flood and landslide Nepal. Flood caused by excessive rainfall destroyed most of fertile plain of Nepal. Across the country, landslide and flood killed more than 100 people, damaged thousands hectare of rice field.

During my research survey, a 65 years old Chop Nath Adhikari, progressive farmer of Chitwan said," we are cultivating rice since more than four decades. This year we were compelled to transplant 50 days seedling, 45 days later than normal season as monsoon occurred later than previous."

Farmers of Mahottari district of Nepal said that severe prolonged drought hit rice nursery causing seedlings death during seedling growth and succeeding heavy rain fall from 11 August 2017 is causing flooding in rice field, penetrating knife on our stomachs, we will have to face famine. The news of burning death of rice seedling in nursery due to severe drought and scorching sun were in broadcast overwhelmingly. Just after one month, the news of conversion of rice field in to swampy flood factory became overwhelming.

As seen in monsoon rainfall pattern in Nepal, the pattern in recent few years has changed. During June/July there is absolutely no rainfall. Because of this most of the rice field become fallow and planted only up to 50% of cultivable land. Almost all farmers who depend up on rain for irrigation responded planting time is shifting as monsoon is shifting, but amazing fact is that about 90% responded no shifting of harvesting time. This means there is decreasing growing degree days, and ultimately production of rice. According to Department of Hydrology and Meteorology, monsoon is delaying every year, last year by 3 days and this year by 2 days than last.

Nepal has been ranked 72nd out of 118 countries on the 2016 Global Hunger Index (GHI) released by the International Food Policy Research Institute (IFPRI). In fact, 2 of every 3 Nepalese suffer from food insecurity, more than 12 million people are undernourished, 11 districts are highly food insecure (Nepal Food Security Bulletin, 2016), 41 percent of children under 5 years are stunted and 29 percent are underweight.

As per government data, Nepal is importing rice worth of more than US$ 200,000.00 every year. In fact, one in four people in Nepal lives below the national poverty line, which is just 50 cents US$ per day, many struggle to feed themselves and their families. In Fiscal Year 2015/2016, price of coarse rice, medium rice and fine rice was 43 cents, 63 cents and 92 cents respectively. Now, that price has been doubled after flood and landslide.

Due to shifting erratic monsoon, it is certain that, there will be food insecurity in near future. Monsoon is essential for rain fed farming to secure food security. On other hand, it is causing destruction of fertile land, infrastructures, reduction of rice production threatening food security. Nepali government and people must think promptly to avoid drastic reduction of rice production. We must bring our monsoon pattern back to normal and bring awareness about negative impacts as well as adaptation to climate change.