25. September 2017 at 12:11
by Gandoh Jay
Meet Fatmata Bintu Barrie a former pupil of The Annie Walsh Memorial School. She is gifted with innovative skills. Being born in a community where school going children had to stay up whole of the night instead of studying and in order to help their families fetch water for daily use. 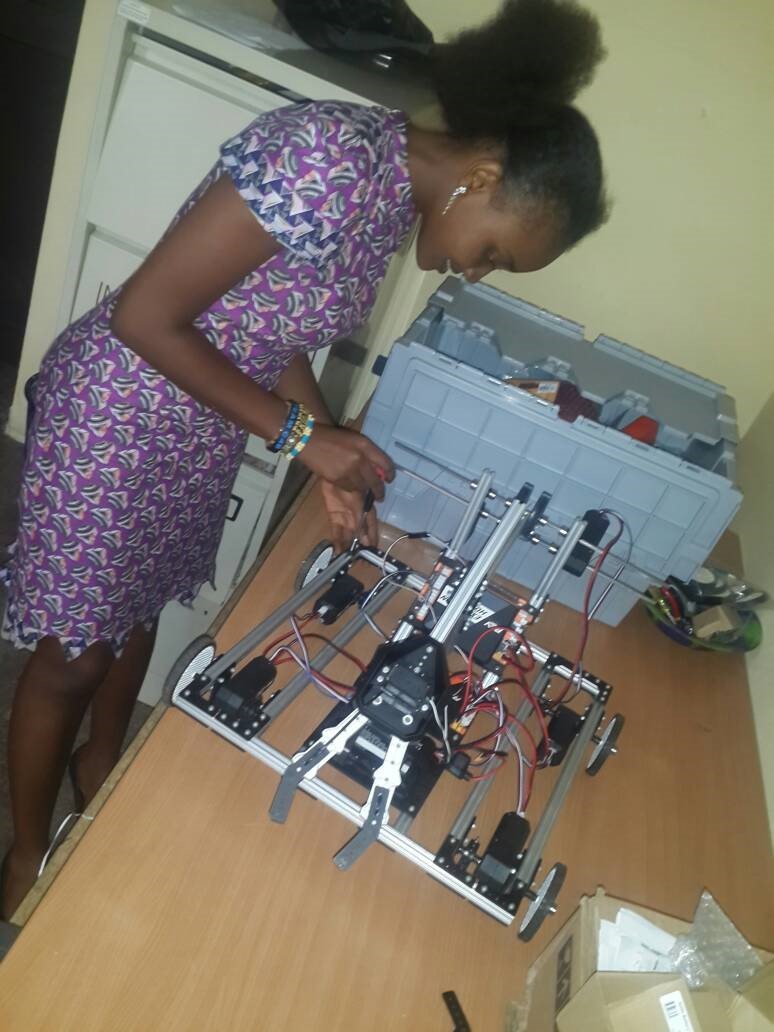 Her first innovation was "My Area Water Purification Project" which involved using the agricultural soil profile theory to purify water in order to help her community at Juba west end of Freetown have access to clean and pure water. In 2016, she won the best female Innovator at the UNDP Social Good Summit with her water purification project.

She is an active girl child advocate working with several local led NGOs in the pursuit of Girl Child Right, Campaign against FGM, Sexual Harassment, Child Trafficking, and Violence against Women etc.

As Kelvin Doe, once said that “creativity is universal and can be found at any places” Africa is the new global market of finding the next global innovators but so much challenges surrounds them ranging from: finance to facilitate their project, mind-set of the communities whenever one seems to adventure into the impossible there’s always discourage attitude being uphold instead of supporting them, access to sell out their innovative project. Family elimination of dreams and aspiration is the biggest odds these innovators had to fight through. It is typical of our African parent that the most way of being successful is by going into school and become the profession they once dream about you achieving like a doctors, accountant, and lawyers. These inner pressure often leads to loss of one`s dreams and skills to become who they truly want to be.

Miss Barrie is a proficient writer and a magnificent actress. She has a lot of stories to her credit and has taken part in plays including An Ebola Sensitization play at AWMS. All that she does is with such a passion that one can't explain. She believes in hard work and determination in achieving her numerous dreams. She is optimistic and she believes in spends every minute of her life developing initiatives aimed at taking Sierra Leone to the peak.

She has taken part in the first Global Robotic Competition in July held in Washington DC. The project is aimed at building a robot which can act in the capacity of a machine that can purify water. Sierra Leone was ranked 37 ahead of developed countries like USA, UK and above other 100 countries.