18. October 2018 at 09:00
by Imran Ali Laulai
When you go and visit people in the different cultures, you hear that they’re talking about the same common agenda, and beyond talking the same language, you get a real sense that this was happening spontaneously. 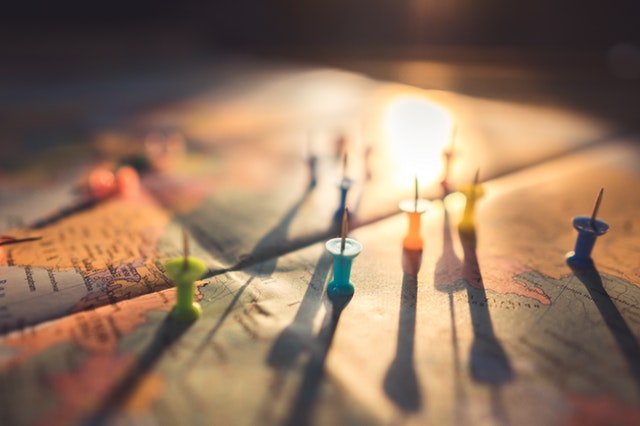 How many nights have you spent in a hotel in a city many miles from home? Perhaps nervous about the meeting in the morning, you find yourself lying on the bed flicking through the TV channels for something to watch to keep you awake to offset the growing jet-lag. Automatically, you search for channels and movies in your own language.

That’s a missed opportunity. Even without speaking the local language, you can learn a huge amount about a country’s culture from tuning into local television shows, especially comedy programs. When I was heading Organization and Management Development at Pepsi International, I would encourage our international executives to study local comedy shows. Comedy can be particularly hard to “get” if you’re not from the originating culture, but that’s exactly why it shines a light on how different cultures tick (“The Office,” which was syndicated in some 80 countries but had localized versions created in eight, is the classic example). It can help you see the world as others see it.

Being able to tune into a culture without pre-conceived biases or judgment is a skill all leaders need in complex, global organizations. This was validated in my most recent research into mindfulness and leadership, where it emerged as the number one skill. The research involved conducting and coding 88 in-depth behavioral event interviews of leading change with 65 leaders, spread across multiple industries and from across five continents. My research team and I were hoping to shed light on the skills that made the biggest difference in leading across complex global organizations. And being able to tune into a culture and work with different world views stood out.

Fostering cross-cultural understanding takes dedicated effort. Watching local TV is just one (fun) way to start. One CEO I interviewed, the leader of an international charity, went much further. She told me how she worked with her colleagues from across 50 different cultures to be able to see the world from each other’s perspectives. “We really engaged with the local chief execs across the world to build mutual trust and understanding,” she explained to me. “We started meeting in each other’s homes every few months. We traveled together. We all went to Uganda [one of their key operations]. I did a job swap with my opposite number in the U.S. There was quite a period of walking in each other’s shoes.”

And yet while being willing to experience other cultures is fundamental, at the same time you can never totally assimilate – nor should you. I found that successful global leaders also keep a healthy level of detachment from the local culture so that they can see its patterns clearly. Embracing and understanding another culture can never mean ignoring its ingrained habits. (This is true in company cultures too, by the way, not just national or regional ones.)

Another executive I interviewed reflected on this. He had intentionally used cultural difference to challenge and change assumptions by tapping into local pride while remaining non-judgmental. So while he understood the culture, he did not blindly follow its diktats. His approach led to a very successful turnaround of this country’s operation – and all done without the local leaders feeling culturally imposed upon.

“I think what wouldn’t have worked is the local approach of being very downbeat and blaming others, as that would have reinforced existing instincts. So I did the opposite,” he explained. “I said, ‘Well, this is something we can eminently fix. I’m sure there is plenty of people in this organization who can help us do that. What we need to first agree on is that we have a healthy future. And I’m sure we’ll get there.’

“This caused a lot of surprise and, at first, a reaction of, ‘Here’s another typical Westerner, completely naïve.’ But if you stay with that story, people actually start believing you. And that’s where, quite quickly, it turned around.”

A way to make space for these different but complementary approaches – empathetic non-judgment of the local culture, while remaining slightly separate from it – is what I describe as freedom within a framework. Essentially, you come up with a metaphor that holds a global frame while allowing for local adaptation. Let me give you an example.

I worked with one global leader at the oil company Shell who united a disparate commercial fuels organization, spread across almost a hundred countries, into what she described as one “armada.” She used the metaphor of a fleet of fighting ships — united in endeavor yet each having to fight their own local battles — as the unifying call to the new global organization. She used pictorial Learning Maps to communicate this vision to all staff (pictures are not only worth 1,000 words, they also work better than words when you’re communicating across language barriers). Moreover, she invited each local culture to take the armada metaphor, navigating choppy seas and battling against nearby competitors, and translate that into a compelling story for their own local context. They ran with it; for example, the Asian region described themselves on their regional map as a fierce fleet of dragon boats.

For the leader, the metaphor created a shared language — but with different local translations. “I was in Oman last week,” she told me when we met, “and I linked [my message] back to the story of the ships, reinforcing simple messages about what it is we need to achieve… When you go and visit people in the different cultures, you hear that they’re talking about the same common agenda, and beyond talking the same language, you get a real sense that this was happening spontaneously.”

So, see the world as others see it, don’t completely assimilate, and set a consistent framework within which local cultures can adapt the story. And watch a little local TV.