In 2007, homicidal Knife related crimes was pegged at 272. It gradually pulled down to 186 in 2015, but geometrically increased to 285 from 2017-2018. Victims of these killings were largely older men within the age range of 18-24 with a disproportionate percentage being blacks and ethnic minority. 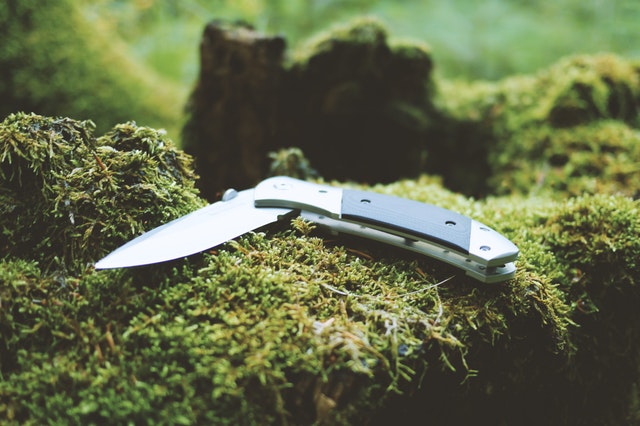 Jaden Moodie, 14 in Leyton, east London, on 8 January 2019 and Yousef Ghaleb Makki, 17, in Hale Barns, Greater Manchester, on 2 March 2019 are victims of circumstances. Though of different background but are conjoined in similar a fate. While the latter was brutally stabbed to death at an early hour of Saturday evening and was found dead by the police slumped against a tree on Gorse Bank Road at exactly 6:.40pm, the former was repeatedly stabbed by three men in a frenzied attack after been rammed by a car while the victim was riding a moped in Leyton. These two young teens joined several others who have suffered similar fate in the hands of Knife attackers in recent time.

According to Office of National Statistics (ONS), they have been a steep increase in Knife crime and other related offences involving varied sharp object. According to the ONS, from September 2017 to the year ending September 2018 there has been an 8% increase in these crimes totaling an approximate 40,000 cases in both England and Wales. From the police recorded crime rate, there were 44,443 cases involving either a Knife crime or other related offences involving sharp object in the year ending December 2018.

There is no gain saying the rise of Knife attacks and other crime related offences perpetrated with sharp instruments seems to be on a sharp increase. From Birmingham to Yorkshire and the Humber down to the city of London, Knife crimes tends to be better prevalent in large cities most especially in London and other bigger regions around the United Kingdom. Knife crimes are disproportionately concentrated in London with 33% of Knife crime and other related offences happening only in London in the year ending December 2018.

According to a report from the Home Office, for every 100,000 persons in the city of London, 168 Knife crimes were recorded only between the year 2017 and the year ending of 2018. The highest cases after London were seen in Greater Manchester, West Yorkshire and West Midlands (129, 118, and 111) per 100,000 populations respectively. This crime related offences according to statistical fact findings from the Justice Ministry are majorly perpetuated by young adults and young teens with their victims also within similar context. Giving reports file from the Justice departments (England and Wales); one in five cases of these crimes was perpetuated by individuals under the age brackets of eighteen bringing their numbers to 4,459 in the year ending (September 2018) as compiled. Accordingly, in the preceding year which follows the year ending September 2018, over 20,381 persons were reprimanded, cautioned, or convicted for such crime with the age range over 18.

Knife attacks are of varied forms particularly that which the perpetrators choose to thread. While some cases could be either homicidal related or attempted murder, others are a threat to kill. A majority of these attacks stems out from Assault, Robberies, with a few cases bothering on either rape or sexual assaults.

According to a statistical findings (England and Wales), latest figures from the Home Office arising from the year ending 2018, after a carefully collated and selected Knife crimes, 19,761 cases about half were assaults related. A second statistical data reveals that over 18, 556 cases of Knife related crimes amounts to robbery. Sadly, two in every five Knife crime victims are either fatally injured, or badly stabbed to a point of death.

In 2007, homicidal Knife related crimes was pegged at 272. It gradually pulled down to 186 in 2015, but geometrically increased to 285 from 2017-2018. Victims of these killings were largely older men within the age range of 18-24 with a disproportionate percentage being blacks and ethnic minority.

Knife attacks no doubt remains one crime that largely threatens the moral fabric of big cities. While some have citied hate as been responsible with no due logic for such dastardly act, others have claimed a lack of opportunity as been largely responsible for such heinous crime committed against the moral bone structure of humanity. Be that as it may, one thing remain certain that both victims and perpetrators of this evil minded crimes are either adults or young teens who ordinarily would have find responsibility within their moral structure if only there were ample and due attention accorded them either from the government or loved ones. Ideally, no one has a right to take the life of any persons but in due consideration to basic environmental constraints, events trend as it now present itself now allows for such negative acts of violence and killings through Knife and other related sharp instruments.

With such attackers at large, the big question then arises thus; will the government ever grant Amnesty to these attackers as a way of encouraging an inclusive policy? Will this supposed Amnesty ceases the rate of Knife crimes among perpetrators? Will it eventually brings a halt to this act of Mephistopheles among perpetrators, knowing now that they are now been paid attention to? Basically, is it possible for the perpetrators to denounce their evil acts during the funeral services of their victims as a way of showing true repentance in solemn appreciation to the Govt. Amnesty? Hmm! Time definitely will tell.