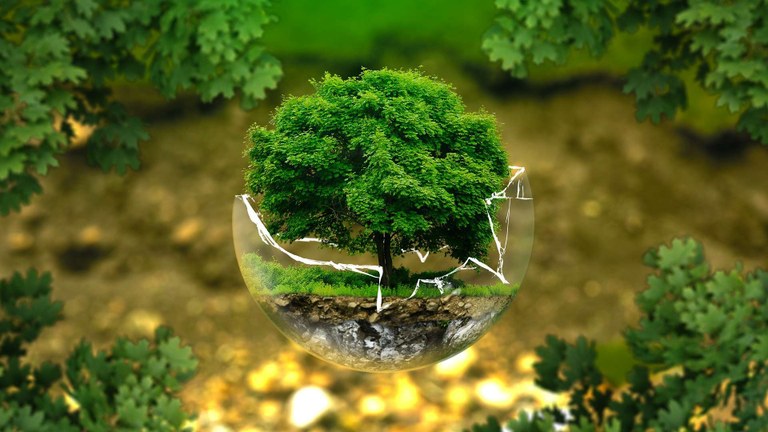 
Nowadays the word environment is often being used by almost all people around us, on television and in newspapers. Everyone is speaking about the protection and pre-serration of the environment. Global summits are being held regularly to discuss environmental issues. During the last hundred years, the mutual relationship among environment, social organization, and culture has been discussed in sociology, anthropology, and geography. All this shows the increasing importance of the environment. Besides, it is a fact that life is tied to the environment.

The environment is the total sum of conditions that surround us at a given point in time and space. It is comprised of the interacting systems of physical, biological and cultural elements which are interlinked both individually and collectively. The environment is the sum total of conditions in which an organism has to survive or maintain its life process. It influences the growth and development of living forms.

In other words, environment refers to those surroundings that surround living beings from all sides and affect their lives in total. It consists of atmosphere, hydrosphere, lithosphere, and biosphere. Its chief components are soil, water, air, organisms and solar energy. It has provided us all the resources for leading a comfortable life.

1. According to P. Gisbert, “Environment is anything immediately surrounding an object and exerting a direct influence on it.”

2. According to E. J. Ross “Environment is an external force which influences us.”

Thus, environment refers to anything that is immediately surrounding an object and exerting a direct influence on it. Our environment refers to those things or agencies which though distinct from us, affect our life or activity. The environment by which man is surrounded and affected by factors which may be natural, artificial, social, biological and psychological.

(a) Microenvironment refers to the immediate local surrounding of the organism.

(b) Macro environment refers to all the physical and biotic conditions that surround the organism externally.

Cite This Article As: Balram Gupta. " Information about the new generation environment." International Youth Journal, 23. May 2018.