This article looks into the problem emanates from the mass media and how it affects our religion.Mass media is generally known as the channels through which messages are sent and received between the sender and the receiver. It involves the use of different technological processes that facilitates effective communication between large number of people. The mass media is a fundamental part of our contemporary life saddled with onerous task, as one of the agent of socialization. 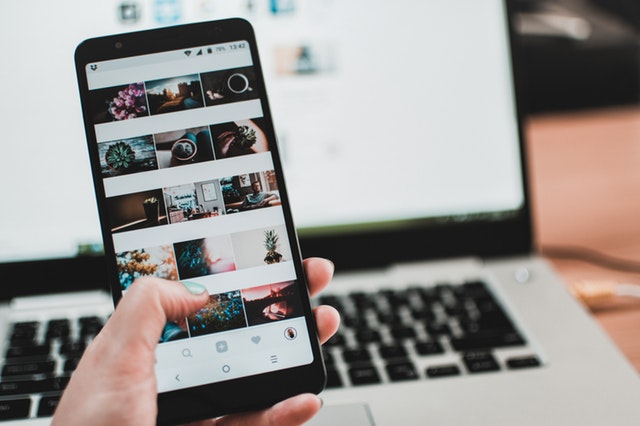 In the name of Allah, the most Glorious, the most Merciful. Verily the best of speech is the book of Allah and the best of guidance is the guidance of Muhammad (S.A.W) The worst of affairs is the newly invented affairs in the religion and every newly invented affair in the religion is an innovation and every innovation is misguidance and all misguidance is in the hell fire. May Allah protect us.

If you look at the definition of social media you will find that it is the interaction amongst people in which they create, share, or exchange information, and idea in virtual communities and network. And Islam appreciate and welcome all forms of advancement as far as it does not go against the teaching of Muhammad (S.A.W) so my brothers and sisters if we look at the time of Prophet most of the people are unlettered that means they rely on memory so much that knew the lineage of their camel seven generations.99% of us would probably not even their lineage.They relied on their own minds.They had powerful memories, they were poets and eloquent. And that's why I start this way to demonstrate that today we find ourselves with technology if I and you will not use it positively then it will be use in destructive manner. So we have all come to agree that it is permissible and infact necessary for us to make use of whatever we have to beam the message of Islam. But the influence of social media are more if we are to go by statistics


Mass media is generally known as the channels through which messages are sent and received between the sender and the receiver. It involves the use of different technological processes that facilitates effective communication between large number of people. The mass media is a fundamental part of our contemporary life saddled with onerous task, as one of the agent of socialization.

In our contemporary society today, the media especially the television and mobile phone (GSM) are integrated part of our lives and therefore generate popular interest and debate about any social problems that we can think of. It has done a lot of damages to the unguided Muslim youths but, that does not mean it is without a positive impact on our lives. One may therefore say that, the influence of mass media on the Muslim Ummah is likened to a coin of two sides.

The Ummah has been highly influenced by the emergence of the so called information and communication technology (ICT) which on daily basis exposes us to different societal I'll such as fornication and adultery, the use of vulgar language, mannerless thought, reading and watching books, films on television and mobile phones to mention but few. In fact, the rate if moral decadence among the Muslim Ummah is overwhelming to the extent that, many Muslim names are often mentioned when it comes to crimes committed in today's society and this is by implication tarnishing the image of the devoted and believing Muslims.

Furthermore, it is based on this negativity the media have brought to us that makes some Islamic sect rise up to preach the fact that, it is prohibited (Haram) for a good Muslim to possess a television set, mobile phones, and internet facilities. Some of this Islamic fanatics popularly knwn as (Boko Haram) went far to declare war on the fact that "Western education is prohibited (Haram) in Islam so, it should be abolished." They argued on the fact that the media facilities including Western education does not exist during the life of the prophet (PBUH) therefore, they are merely innovation (bid'ah) and, innovation leads to nowhere except hell (naar). We surely believe that education and the media has done a lot of damage to the Ummah but, it does not validate that basis for it's elimination.

The primary aims of mass media is to inform, educate and entertain while Western education is a tool for self development and knowledge which is at the same time a potent tool for preaching the Deen (Al-islam). Allah (SWT) laid emphasis on the importance of education and knowledge in the holy Qur'an , making it the first chapter revealed to the Noble prophet Muhammad (PBUH). Allah says: "Read! In the name of your Lord who has created (all that exist)". Read Qur'an 96 verse 1-5. The prophet has also confirmed the essence of education when he enjoined the Muslim Ummah to compulsorily seek for knowledge even if it will take us as far as India, which was considered to be the farthest place in those days.

The positive impact of the mass media on the Muslim Ummah is invaluable as there are different souls inspiring program like Friday and Sunday sermons, everyday admonitions especially during the glorious month of Ramadan, different Islamic channels on cable televisions i.e. Al-Jazeera on DSTV, GOTV, among others. Of particular mention of the mass media's positive impact is the live transmission of the sacred pilgrimage (Hajj), making it accessible to the world.

The world is indeed a global village technology (ICT, media) made it possible for the Ummah to have a unified fasting (Siyaam) and festivity (Eidl fitr) all over the world. the featuring of up to date news and educative programmes on the media make it a significant part of the Islamic society.

In view of this, the Muslim Ummah should not be restricted from utilizing the mass media especially the television sets, mobile phones and the internet facilities rather, the lawful (halaal) use of those media should be encouraged. The attainment of Islamic and Western education is equally important on ever Muslim who can afford it. It is the obligations of every Muslim not to deviate from the right path to the aforementioned societal ills because they are the ways of the devil (Shaytan).

Whatever our eyes, mouth, nose, legs, and other parts of the body do Will be used against us in the day of accounting. Therefore, watching of pornographic pictures and films, fornication, sagging, and exposure of the body and hair by Muslim sisters, and wearing transparent dresses are highly condemnable and punishable invthe sight of Allah for whoever does good or evil, secretly or openly will reap it.

However, the prophet (PBUH) is there as exemplary leader for us to emulate so, whoever cease to abstain from the negative aspect of the Media may found him/herself in a state of regret in the day of resurrection. Allah (SWT) says: "And (remember) the Day when the zalim (wrong doer, oppressor, polytheist) will bite at his hands, he will say: oh! Would that I had taken a path with the messaged (Muhammad [SAW])". Qur'an 25 verse 27.

The time for repentance is not late therefore; let us mend our ways to the right path as Allah promises us forgiveness in the Holly Qur'an. Allah (SWT) says: "Allah accepts only the repentance of those who does evilin ignorance and foolishness and repent soon afterwards; it is they whom Allah forgive and Allah is ever All-knower, All-wise". Qur'an 4 verse 17.

In conclusion, constant seeking for Allah's forgiveness is a sure way to righteousness therefore, let us emulate such act, observe our five daily prayers regularly and do away with the negative of the media, keep the company of the righteous people, cultivate the habit of reading the holy Qur'an at leisure, attend Islamic programmes/sermon.