According to UNESCO 2016 Statistical Report, more than 200 million girls have undergone female genital mutilation in 30 countries. Pursuant to the data, 44 million of those who have undergone the cut are aged 14 years and younger. With 56 percent, Gambia is one of the leading countries with a high prevalence of FGM within this age category and is followed closely by Mauritania and Indonesia. 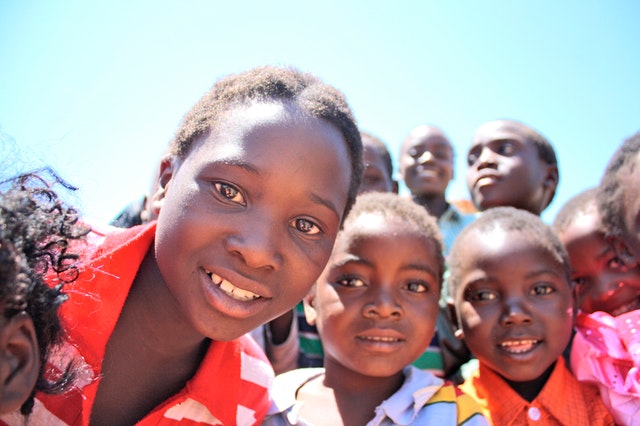 Somalia, Guinea and Djibouti are among the countries with the highest prevalence of FGM among women and girls aged 15 - 49. They stand at 98, 97 and 93 percent respectively.

Female Genital Mutilation refers to a number of procedures such as clitoridectomy and infibulation performed on young girls and women and varies across regions and cultures. Some of the procedures are life -threatening and almost always affects one's quality of life. Women activists have always argued that the practice not only violates the rights of women and girls but also undermines their position in society. Recently, I visited Merca and Mogadishu with a good friend of mine Fauziyah (not her real name) who runs a rescue/counselling centre for young girls and women who have been shunned by their families for running away or refusing to undergo the cut.

The practice of FGM is so widespread in Somalia with the most common one being infibulation. This is the most harmful form as it involves the removal of part or all of external genitalia. The removal is followed by a stitching or narrowing of the vaginal opening to leave a very small opening the size of either a rice grain or matchstick to allow for the flow of urine or menstrual blood. Once this is done, the girl or woman's legs are bound together all the way from the hip to the ankles for about 40 or so days to restrict her movement and facilitate the formation of the scar tissue.

According to Fauziyah, the procedure is usually performed by an old woman and often does not include the use of anesthesia. She further notes that since a vast majority of people live in the rural areas, it is considered much cheaper as compared to going to a medical facility. She further explains that the procedures vary depending on the cities. For instance, in Mogadishu and Merca, where we visited, clitoridectomy locally referred to as sunna is the most practices procedure as it is considered less harsh.

As someone who underwent the cut, Fauziyah sought to help me understand why the practice of FGM is still rampant. She narrated to me how a visit to the gynecologist made her feel dejected and humiliated. The gynecologist’s expression of shock and horror coupled with questions about whether she had been burnt or involved in a horrific acid attack forced her to reconcile with her past. According to her, going back to the past is quite difficult and despite more than thirty years having gone by, she still cannot come to terms with it. There is no doubt that the experience at the gynecologist worsened her already low self esteem and I knew it would take a long time maybe years to build up her self-confidence once again.

She explained to me that the reason that the practice is so common is because many Somalis wrongfully consider it to be part of their religious obligation and as such is done to uphold family honour. According to Fauziyah, the practice is done to protect the virginity of girls and uphold family honour. Girls who do not undergo the procedure(s) are not highly respected as they are perceived to have loose morals. Additionally, they do not attract good bride wealth for their fathers and brothers. She notes that not all mothers want their young daughters to undergo the cut but often times they are overridden by their husbands. In most cases, they tend to have little to no say.

For Fauziyah, the past still follows her like a dark cloud and she recalls how at 10 years old she nearly died during the procedure. Despite Somalia enacting a new Constitution in 2012 with the goal of banning the practice, nothing much seems to have been done in terms of follow up by the government. UNICEF still estimates that about 98 percent of women and girls had undergone the cut.

'The cu't, so to speak, will not end simply because of the enactment of a law or regulation. Change has to emanate from the people themselves especially given the fact that ‘the cut’ is a practice that has endured for quite a good number of years. The fact that many link it to religion and family honour makes it even much harder to dissuade them from the practice. For any change to be effective and sustainable in as far as the practice is concerned, the starting point should be understanding the deeply ingrained moral code and consciousness of those who encourage it before presenting an alternative. At the very least, women like Fauziyah and other young girls deserve to be given the right to exercise their freedom of choice. Without choice, they are as good as prisoners. Something has to give.

While I cannot fathom or even begin to comprehend the pain that Fauziyah has had to endure, I can only attempt to give you a glimpse of who she is in: I am More

O who could bear my stormy doom

O who sees the blindman’s tears

How dark my world be

If, when deceived and wounded here,

I have nowhere to flee.

The friends who in my sunshine live,

When storms come are flown

And I who had but tears to give,

Trials must and will befall;

But with no sight still I see

Love inscribed upon my heart –

This is happiness to me.

Trials give new rise to courage;

Lay me low, and keep me there

No longer a broken heart

Their fragrance from the wounded part

I see sweetness out of woe

Through every period of my life

And after death, in distant worlds,

Cite This Article As: Maulline Gragau. "I am More: Unheard Voices in the FGM Struggle." International Youth Journal, 22. December 2019.