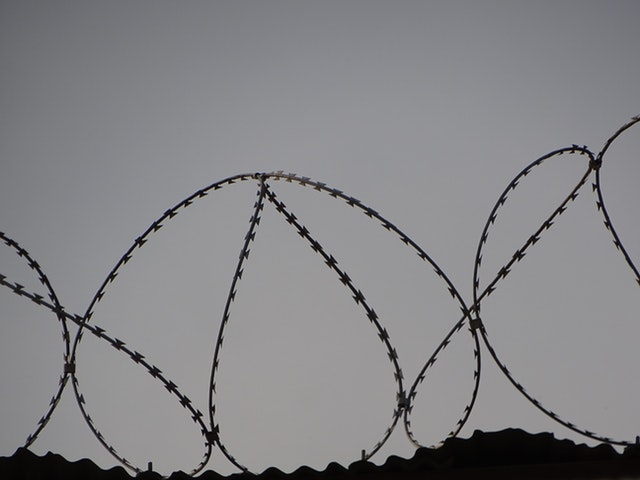 A week following their release from the Akwa prisons in Anambra state, some students of Madonna university detained for five months, shared their prison experiences with IYJ's Alfred Olufemi.

Madonna, the first Catholic University in Nigeria, in February arrested six students and a lecturer over a Facebook post revealing the inhumane treatment of students in the university.

One of the posts by the students on Facebook reads, “Good lecturers are scarce. Madonna University administration should be nice to our lecturers or a good number of them will resign.”

While five of them are former students, Mr. Ezeimo is a former lecturer at the University and Mr. Harmelson is just a friend of Ezeimo's. (Harmelson was the only one charged with advance fee fraud).

This platform gathered that they were all picked up by the police after the school, in a petition alleged, that they were cultists involved in the multiple kidnapping of the university's Vice Chancellor, Prof. Chuks Ezedum but they were charged with crimes relating to Cyber Crime and malicious writing when arraigned.

However, in a report published on This Day newspaper, the university distanced itself from the suit and its spokesperson, Martin Anagboso, stated that those being prosecuted should prove their innocence in court.

PREMIUM TIMES reported how they were freed from the prison after a court granted them freedom on July 3.

Ezeimo, who saw the prison as a place full of lessons for humans, said; “It is necessary because sometimes, one has to pass through certain conditions to get to certain level.”

“Ordinarily, I passed through regimented school so cooperating and surviving there was not too difficult but it is not a place one wish to stay for too long. It is a learning ground,” He continued.

He said although some people may find the measures offensive, but in his own assessment, “they were just trying to do what they were asked to say.”

For Mr. Owhonda, he and his colleagues were fairly taken care of amidst the welfare challenges because of some services like teaching and maintaining of the library that they offered.

“For myself and my colleagues, we were fairly treated well. Because compared to other inmates, we had some privileges that most others don’t have. Maybe because we were offering them services. We were taking them classes for those who were planning to write WAEC and NECO.”

Stating the problem of overcrowding, he said “the government has not really done much for them. “They are not well funded. There was a time that the latrine pit got filled up and people could not use it.”

“The place is very congested. The normal prison should contain no more than 250 but as of the day we were coming out, we were 454. That is twice the number that should be there.”

Chijioke Nnamani, a serving corps member before the arrest added that apart from assisting with teaching and library maintenance, one of them helped in the Prison’s clinic.

“When I was serving, I taught Government and Civic Education and I continued from where I stopped. I started teaching and my colleagues joined. We maintained the library (one of us was in-charge of the library).”

“Benedict Amaechi was in the clinic helping those who were sick. He was giving them drugs and helping fellow inmates. Whatever they were doing, the warders always want us around because they know we have something to offer.”

He however called for the modification of the system. “Honestly speaking, the way things are being done in Akwa Prisons, it should be remodeled. Federal government should intervene. They are good health wise. No casualty for a long while.”

Speaking further, he countered the notion of separating case mates as it is done in Nigeria prisons.

“From my own perspective. When you come to prison and someone that was charged for cybercrime gets to mix up with someone that committed murder or kidnapping, what do you expect the fellow to learn?”

Decrying the lack of Juvenile cells, Mr. Namaani said; “You see someone that is not up to 18 years being remanded in the prison custody. Doing what? It needs urgent attention.”

Commenting on the skill acquisition programme, he stated that the inmates are not given equal chances to learn. “The prisoners should take part and develop themselves and not think about going back to crime.”

“During the five months of my stay there, I discovered that several prisoners, any one that is being released, no more than 1 or 2 months, you will see the sane person coming back to the Prison. It is because the youths are not engaged in several things that will keep them away from committing crimes.”

“We have people learning how to sew, we have carpenters, barbers... But those things are not regulated well. You see the same people coming back every day. They will never give you a chance to come out of your prison to learn if they don’t know you.”

Meanwhile, it should be noted that the Federal court in Akwa will be sitting on October 7 to decide their fate.

Cite This Article As: Alfred Olufemi. "How we were coaching fellow inmates for WAEC - Students' ordeal in Akwa Prison." International Youth Journal, 27. July 2019.