Residents of Ile-Ife, Osun state of Nigeria, have been assaulted, sustained injuries and lost valuables to Incessant cases of robbery attacks. The menace has been on the high side in recent times, Alfred Olufemi can report. 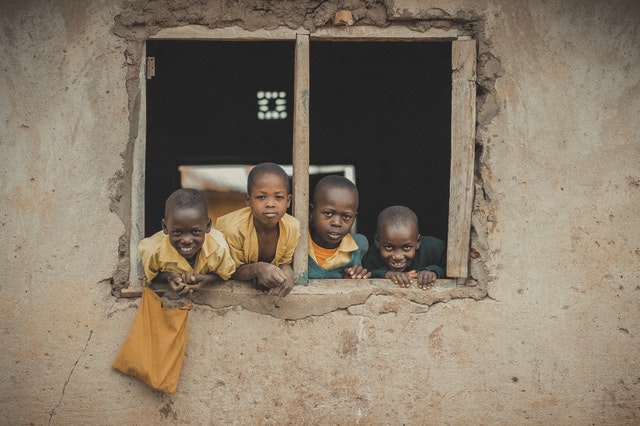 In the last four weeks, more than six houses were confirmed to have been invaded by burglars. However, the affected houses are situated in student- dominated areas such as Parakin, Asherifa, Adesanmi and Ibadan road.

Recall that in December last year, it was reported that a student of Obafemi Awolowo University, Abiodun Babatola was murdered by armed robbers while phones, laptops and other valuables were carted away in Adam and Eve hostel, a private hostel facility.

In the words of the caretaker of the hostel, Mr. Sunday, who corroborated Premium Times report on the murder, “the deceased only came to visit a friend but it was saddening that he was stabbed in the head while other valuables were stolen. It was a day I cannot forget.”

Meanwhile, this correspondent gathered that, a group of bandits invaded a duplex along Ibadan road last week Tuesday, a private hostel at Adesanmi area on Sunday and Varsity hostel at Parakin area on Monday.

In a visit to some of the affected places, the victims lamented the loss of the valuables carted away, injuries sustained and the late response of the police when an emergency call was put across to them.

According to Muiz Herick, an undergraduate of OAU, whose apartment was robbed along Ibadan road, the masked robbers, after beating one of the neighbours, made away with ten mobile phones, two laptops, some amount of money and school bags.

“Five of us went to the police area command in Moore. We met with the Area commander and what he was telling us basically (indirectly) was that they are incapacitated in terms of vehicles for transportation and other necessary things,” He told this correspondent.

“He told us that they (police) have requested for hiliux (vans) from the university management for the past two years but they’ve not gotten a favourable response.”

Similarly, at a hostel facility opposite Kharis Crest School, Adesanmi Area, it was gathered that the men of the underworld, who were seven in number, stormed the compound about 9pm on Sunday.

“All were masked, except one who didn’t put on a shirt and walked barefooted. The shirtless individual is believed to have fetish powers which aided him in choosing the perfect rooms to enter.”

The compound which consist of four three-bedroom flats had all rooms (except two) raided and twenty mobile phones, seven laptops, power banks, wristwatches, some amount of money, earpiece, a WAEC certificate and other important documents and a school bag were all carted away by the robbers.

Wole Oyeniyi, a student of the faculty of law, who sustained a deep injury in his left hand, said;
‘’After my room was raided, I hurriedly closed the door out of fear, only for one of them with a locally made pistol to come back and tell me that I slammed the door on them. Before I could explain myself, he hit me with a particular pointed object and immediately, blood started gushing out from my arm.”

“However, I was treated at the Health Center late yesterday, and the QRS of the University Security Unit drove us back home, and I started feeling pain when we got back. My phone, laptop, and wrist watch was carted away,’’ He told pressmen on Monday.

Also, a female student, who sought anonymity, stated the effect of the ugly incident on their academics because all their class notes and materials in PDF format stored on the stolen phones and laptops.

Meanwhile at Varsity hostel in Parakin, a final year student of International Relations, preferred to be identified as Congo, stated that the police came to their aid after forty-seven minutes after the bandits left the compound.

Congo noted that apart from the fact that a married couple was hospitalized, one of the neighbours was stabbed with head and most of the rooms in the compound lost one valuable or the other to the robbery.

I can’t be counting my losses. Although the police and vigilante groups came around, the intervention was late. They were at Adesanmi area two days ago, they came to this place yesterday. Who knows the next target?” He told our correspondent on Tuesday.

Speaking with this newspaper, residents who are non-students have expressed their fears as lives and properties are being endangered by these unfortunate occurrences.

Madam Wuraola Olaosebikan, a trader at Parakin area and Mr. Hammed, a commercial motorcyclist; beckoned on the government to take pro-active steps in putting an end to the menace of robbery in the town.

“We cannot sleep with our two eyes closed again and before you know it, we’ll have to start closing our shops before 7pm in the evening. It’s not affecting students alone, we are also affected,” Madam Olaosebikan told our correspondent.

It should be recalled that the delay in getting a van to convey Late Babatola was one of the factors that led to his death.

“The police were handicapped. They don’t have vehicle but arrived late with okada (motorcycle). In fact, the Chief Security Officer of the school had the need to use his private car to convey the boy to teaching hospital.” An eyewitness told pressmen in December.

In a telephone conversation with this reporter, the Area commander of the police in Ife-Moore axis, Funsho Adegboye, stated that the police are not ignorant of the recent happenings and that the force is working assiduously to salvage the situation.

Meanwhile, Mr. Adegboye attributed the incapacitation of the police to curb the upsurge of robbery attacks to the high population of OAU students who could not get accommodation on campus.

“There are over 30,000 students on campus and the hostels there cannot cater for more than 9,000 students. The remaining ones are scattered around Mayfair, Ede road, Ibadan road, Asherifa and other places.”

He then registered the need for more patrol vans, security personnel and other logistics to enhance their anti-robbery operations.

“We are holding consultation with the management of the university and very soon a decision will be reached. We need patrol vehicles, which we are going to provide with personnel and other logistics.”

In a telephone interview, the spokesperson of the university, Abiodun Olanrewaju, whose position has always been that the school is limited in providing security for students staying off campus, confirmed the existing partnership between the school security unit and men of the police force.

However, he claimed that he’s not aware of any request for patrol van from the university by the police. “I don’t have such information,” He said.

All efforts to get the comments of the Ile-Ife monarch, Oba Enitan Ogunwusi, and the Osun state police spokesperson, Folashade Odoro, on the alarming rate of robbery attacks, proved futile.

Both the Chief Press Secretary to the king, Moses Olafare and Mrs. Odoro, have refused to respond to the repeated calls put across by the reporter and text messages sent were not replied up till the time of filing this report.