While Afghanistan continues hitting the headlines for its decades long lasted armed conflicts, the misery has recently coupled with a severe drought harshly taking toll on people who are already known to the hell of loss. To picture the scale of the mishap, official entities, term the ongoing drought in Afghanistan unprecedented since 1971. Sake of severe lack of rain and snowfall in recent years, 20 out of the all 34 provinces, where roughly 15 million people depend on farming have been struggling with exceedingly strict drought. 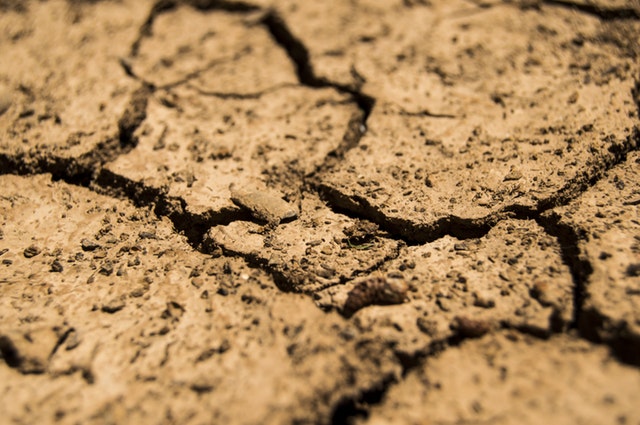 It comes while that about all of the provinces affected by drought are already prone to murderous insurgency has been wrecked by different terrorist functions chief among them Taliban and ISIS militants. To measure the outcome of ongoing disastrous rebellion in the country, based on tallies released by the United Nations Mission in September, at least 8,050 Afghans were killed or maimed in the first 9 months of 2018 as result of ongoing armed conflicts across the country. U.N humanitarian agencies estimate that 1.14 million out of 2.2 million people who have been affected by drought in the country are in need of urgent food aid.

U.N figures suggest about 260,000 Afghans- most of them in north and west of the country - have been forced from their homes due to devastating drought. It follows the nationwide 2,000 people who have been internally displaced this year as result of fighting. Moreover, 500,000 children have been affected by drought in all over the country, U.N reported in April. UNICEF report goes on to figure out that between July and December 2018, 121,000 acutely malnourished children under five and 33,000 pregnant and lactating women could need live-saving nutrition services. Fleeing the homes and losing the livestock what most of the Afghan families pin their livelihood on are not end of the disaster triggered by drought, the most dire side of the story is knowing about the families who have been compelled to sell one of their children due to feed rest of them.

The reports released by U.N in November suggest that 160 children have been sold in western Afghanistan. All above figures follow the already existed poverty rate in Afghanistan hits over 50% of Afghans. The Afghanistan Living Condition Survey, a joint study conducted by Afghanistan Central Statistic Agency and European Union this year figured out that poverty percentage in the country ramps up to 55% in 2016-2017 from 38% in 2011-2012. Subsequent of this survey being released in May, president Ghani termed the rising rate of poverty in the country shameful. “when poverty rises above 50 percent, how can society attain stability, poverty is the enemy of stability”, he went on to say. After dropping the number of international forces in 2014 and billions of dollars once have handed to Afghanistan dried up, the living condition started getting worse.

All aforementioned figures are not mere tallies, all they are children, women and men who deserve a better live and a better future. Moreover, war, drought plus many other challenges have barred thousands of Afghan children from attending school. The findings jointly figured out by UNECEF, USAID and Samuell Hall an independent think tank in Jun demonstrated that 44% of Afghan children are out of school. The report accounted girls 60 percent of children out of school. It does mean 2.7 million of the 3.7 million children who should have attended school are girls. To conclude the hell of desolations in Afghanistan the current situation is desperately in need of a quick response. As winter is underway and due to halting the miseries from getting further widened, it is a must for the Afghan government and international community to join hands for injecting relief for all sufferings that internally displaced people have endured.