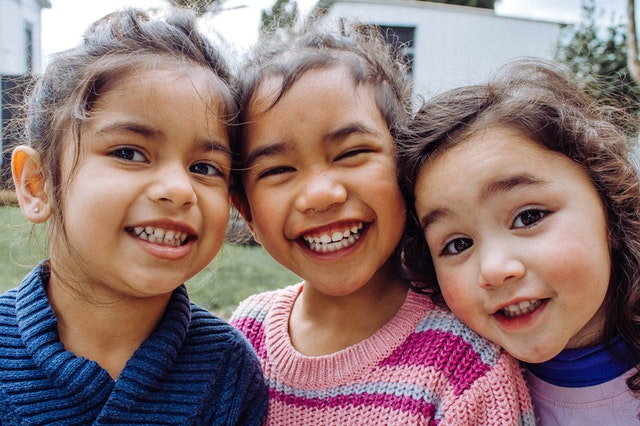 Upon penning this article, as journalist, I recall my reports over multiple Improvised Explosive Devices (IED) and landmine blasts in several provinces very recently in east and south of the country where children were struck by insurgent groups particularly, this is plus the mortality and injuries come to the children as result of suicide bombings, artillery shillings and … in different parts of the country.

It is believed that alongside of some unfortunate traditional and cultural principles, war is one of the fundamental causes of abuse and violence which children are subjected to.

While wave of child abuse is a general fact to the boys and girls in the country but it is more unfortunate culturally when it comes to the girls, since giving birth to a girl baby is still an issue of shame among the most of the Afghan families, so she is subjected to abuse from the day one.

Not only war, rampant poverty in the country is another tremendous challenge leading to child abuse in many ways. The prevalent one is tasking them as laborers and stopping them from attending school and shaping a better future for themselves. Being child laborer it self paves the way to different sorts of misuse of children, known among them physical and sexual abuse.

Bacha bazi, translated as “boy play” meant leasing children as dancers for nighttime parties is on rise as local strong men and warlords in rural portions of the country are much known for doing so.

Harsh punishment and beating up of students by teachers is highly rampant in Afghan Education system, whether it is official or traditional one like teaching in mosques. There are record high number of cases in which little students are beaten up by teachers to severe stabs or even bone break. In late 2018 a school student in Kabul shaped the headlines after he was beaten up by his teacher in extremely brutal way and broken his rib. The punishment of children gets further hardhearted in seminaries and mosques where a regular overseeing by official entities is undeniably staggering. I never forget the time of my childhood when I attended a mosque in my neighborhood in east of capital Kabul for receiving religious teachings but I gave up after witnessing the harsh punishment of one of my mates by Mullah lashing him so long as his underneath got wet.

Child abuse rate seems not low even in the Afghan families too, under the perception of keeping politeness children are being deprived of sharing their opinions freely. While providing time pass entertainments and hobbies for children are recognized as their basic right worldwide, for most of the Afghan children it seems as dream.

Sack of ongoing war claiming lives of countless fathers and families’ patrons a huge number of children are becoming the only breadwinners for their households by engaging in serious works like street-vending, cleaning, freightage, begging and etc. which could lead to chronic illnesses to them.

Hundreds of children are in Afghan jails just because their mothers are there on the account of being victims of forced marriage, domestic violence, running of home or moral crimes.

Lack of an adequate medical care system, malnutrition and lack of sport facilities are chief among the challenges children are suffering in Afghanistan in term of their physical suitability.

Recruitment of children by insurgents groups and exploiting of them in many ways is still a harsh fact in the country. According to the reports released by rights groups in the past recent years, insurgent functions chief of them Taliban keep up training and deploying children for various military purposes including planting of (IEDs) and even used as suicide bombers.

Drugs a phenomenon pined to the name of Afghanistan as a country known for supplying 90% of world’s opium harshly taking tolls on children too throughout the country.

Exploiting of children by drugs mafia in drug trafficking is a very often unfortunate fact which leads to their addiction and finally life-destruction. Simultaneously, a huge number of children have fallen into drug addiction just because of being with their addicted parents.

Rising child abduction cases is another way of cruel violence staged by gangs asking often an unaffordable ransom from the families where failing in paying is an imminent death to their child. A 6 year old little girl, named Mihsa, is the most recent victim of child abduction case in Kabul whom was abducted in March by two young men now at custody, she was strangled to death after her father – a money exchanger on street- failed to fulfil her blood money about $300,000.

According to the rule of nature each phenomenon has its own causes, so long as the causes are not recognized and rooted out, achieving the challenge is mission impossible.

Though child abuse in Afghanistan is now a deeply rooted challenge but it has drawn less attention to be addressed. But of some projective programs much less fundamental solutions have been sought for uprooting child abuse in the country.

To overcome all aforementioned challenges, Afghanistan with the help of its international partners is desperately in need of setting up a clear, pragmatic and crystal clear well founded strategy for bringing an end to the child abuse in all terms. This strategy first should be tasked to figure out the grounds and roots of the child abuse in the country. Then it should come up with rational ways of solution in a practical manner.

Role of law enforcement branches can’t be overlooked in shortening of hands of those who are behind the child abuses for attaining their illicit objectives, whether they are local strongmen, warlords, drug mafia, terrorist groups, illegal gunners in far-flung corners of the country, child abductors or anyone else.

There are sub-ways of tackling the challenge of child abuse too. As part of public awareness program over the harms of child abuse, launching a wide campaign on main stream media as well as on social media about ceasing child abuse, pitching mobile theater in places as part of public awareness campaign could bring the issue to the surface and change it to a national debate. Based on a well-organized and functional initiative, role of preachers and religious scholars can work outstandingly in rural portions of the country at least in downsizing the rate of child abuse.

Due to bringing a drop in child abuse cases in schools and rest of educational centers, Ministry of Education, as key components of the government which deals with children on daily bases should step up an executive policy or regulation stopping teachers from abusing students mentally or physically through imposing some fines by cutting from their salary.

Ministry of Education in collaboration with Ministry of Hajj and Religious Affairs should keep eye on mosques and seminaries too where children are perhaps further subjected to the abuse. as far as Afghan children are more familiar with conflict and violence resulted by ongoing war in their country, they are in need of psychological treatment too, adding a subject to the current educational curriculum to promote peace in their mind and being merciful in the life can give the children a motive of being kind in the future when they are young and dealing with children under them.

To increase the efficiency of their work, aid organizations serving the children should take child abuse as matter fact and switch their activities from short term projective approach to attaining an endurable solution.

Abdullah Abed is an Afghan journalist and writer, tweeting @abedabdullah7