For the records, this is the 21st shutdown since it's first occurrence in 1976 when modern budgeting and spending appropriation act was approved. It is also the third shutdown in 2018. The third which is currently in place with no clear end in sight. The shutdown which began on December 22, 2018, if allowed to stretch through January 12 will become the longest shutdown of government operations in the annals of US political history. 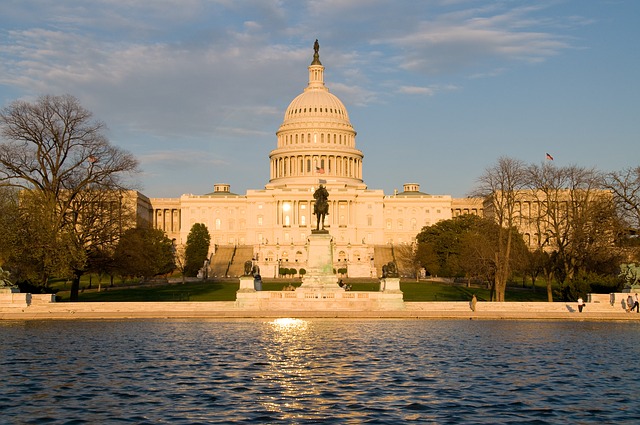 The history of shutdown since the adoption of the new budgeting procedures in 1976 has always been skewed in a regular pattern of gridlock progression. While a majority of shutdowns usually takes days to resolve, only a few since the annals of government shutdown stretches through the weeks. The first ever shutdown in 1976 during president Gerald Ford administration went on for ten days after he vetoed a $56 billion spending bill analysed as too expensive.

Shutdowns usually occurs when both congress and the president fails to reach an agreement about a spending bill for approval. A drag and frog conversation without a compromise or shift position on either side of the aisle usually results in a shutdown. During shutdowns, the most affected victims becomes the economy and over 800,000 federal workers who are either put out of service in one way or the other or those allowed to work without a paycheck. More disadvantaging are the citizens who sometimes need some of these services and can't find access due to a "Shutdown".

According to a report review by the Standard and Poor (S&P) in an analysis of shutdowns sometime in 2017, Beth Ann Bovino, chief U.S. economist for S&P Global Ratings suffixed that a government shutdown will reduce U.S. GDP in the first quarter of 2018 by upwards of 0.2%—or $6.5 billion—each week it continues. The economist noted that the closure of national parks and monuments hurts local businesses that rely on tourist traffic.

According to the Office of Management and Budget (OMB) in a 2013 reports, analyzing the Barrack Obama led White House Shutdown which lasted for sixteen days as government operation became dysfunctional. In the report, the effect of the shutdown was estimated to cost taxpayers roughly $2 billion in lost productivity. It was also revealed that an extra $500 million was lost in visitor spending to national parks inclusive of foreign tourists. The shutdown consumed the financial progress of the economy to a tune of over $24 billion shrinking GDP growth to over 0.6% (S&P reports).

In a related development, the National Association of Government Contractors survey in 2013 hinted thus; following a government shutdown during the Obama administration, 29% of such companies delayed hiring as a result, and it negatively affected 58% of them.

For the records, this is the 21st shutdown since it's first occurrence in 1976 when modern budgeting and spending appropriation bill was approved. It is also the third shutdown in 2018. The third which is currently in place with no clear end in sight. The shutdown which began on December 22, 2018, if allowed to stretch through January 12 will become the longest shutdown of government operations in the annals of US political history. The Longest currently was in 1995-1996 when president Bill Clinton and then House Speaker Newt Gingrich ran into a stalemate over a 7-year budget plan. It is currently the longest shutdown which lasted from the early date of December through the first week of the New Year in 1996. It lasted for twenty one days before it was resolved. Indeed, it was one shutdown which took away the comfort and financial fortune of the American states.

Given the discomfort of this present shutdown as it affects citizenry, it can be said that from the over 800,000 federal employees, a total of at least 420,000 personnel are currently working without a paycheck, while about 380,000 furloughed government employees sits at home across the nine federal departments.This no doubt will begin to manifest on both their work apathy and living conditions.

A shutdown affects not only Washington and its employees but has ripple effects across sectors throughout the country--from shopping malls to national parks--from contractors to hotels.

On the economy scale, there is no gain saying the amount of lost productivity and revenue generation must have skewed negatively and heavily to the detriment of the nation and financial reserves. While president Trump has remained adamant and very unconcerned about the negative implication of this current shutdown in all strata of the American sector, congress on the other hand has refused to heed to what they refer to as an "Economic Waste".

The shutdown is a result of congress disapproval of a border wall funding along the US-Mexican border. Though the democrats who is a majority at the House and holds a minority position at the senate floor, has agreed to allow for a $1.6 billion fund inclusion on the spending bill for border security. However, president Trump is requesting an addition $4 billion which will amount to the money required for his proposed border wall funding. Despite series of conversation and consultations among the executive and congressional leaders, the story has remained unchanged as the impasse continues to fuel into weird dimensions on a daily basis.

Recently, the president threatens to invoke his executive powers by declaring a national emergency on his border wall/security funding. While some analyst have argued the possibility of this action pulling through success, others are of the opinion that a competent court of jurisdiction might just fault the locus-standi of this process. Besides, a few are of the contradiction that the Pentagon may likely not pull through this request either-ways.

During the 2016 presidential campaign, Donald Trump made a statement with the campaign when he told his supporters that he must build a wall along the US-Mexican border. According to Donald Trump, the funding won't be a problem as he noted very resoundingly that Mexico will pay for the wall. In that light, two years on and still counting to his presidency, that phrase has ceased completely from his lips. He has now turned his searchlight away from Mexico to the US congress for funding approval. Now, it seems Mexico won't be paying anymore, as the Americans will have to pay through taxpayers fund approved by congress.

Indeed, what has changed? These among several other questions are the reasons why a majority of Democrats are refusing to give-in to what they termed "A Waste" of taxpayers money.

As the Shutdown enters day 16 and still counting, the Trump showdown becomes increasingly very tense, filled with both melodrama and satirical scenes. No one knows when this shutdown will end, however, one thing is sure and that is the apocalypse end of an administration filled with so much division,twitter tirade, media backlash, and unending dramatic rhetoric's.