01. May 2019 at 18:56
by Jawhara Kanu
This article builds on findings of the Global Solutions Summit on the pressing need for multilateral cooperation and solving the shortcomings of the current multilateral institutes. It specially emphasizes on trade and dwells into shifting into an approach that’s more considerate for developing countries. 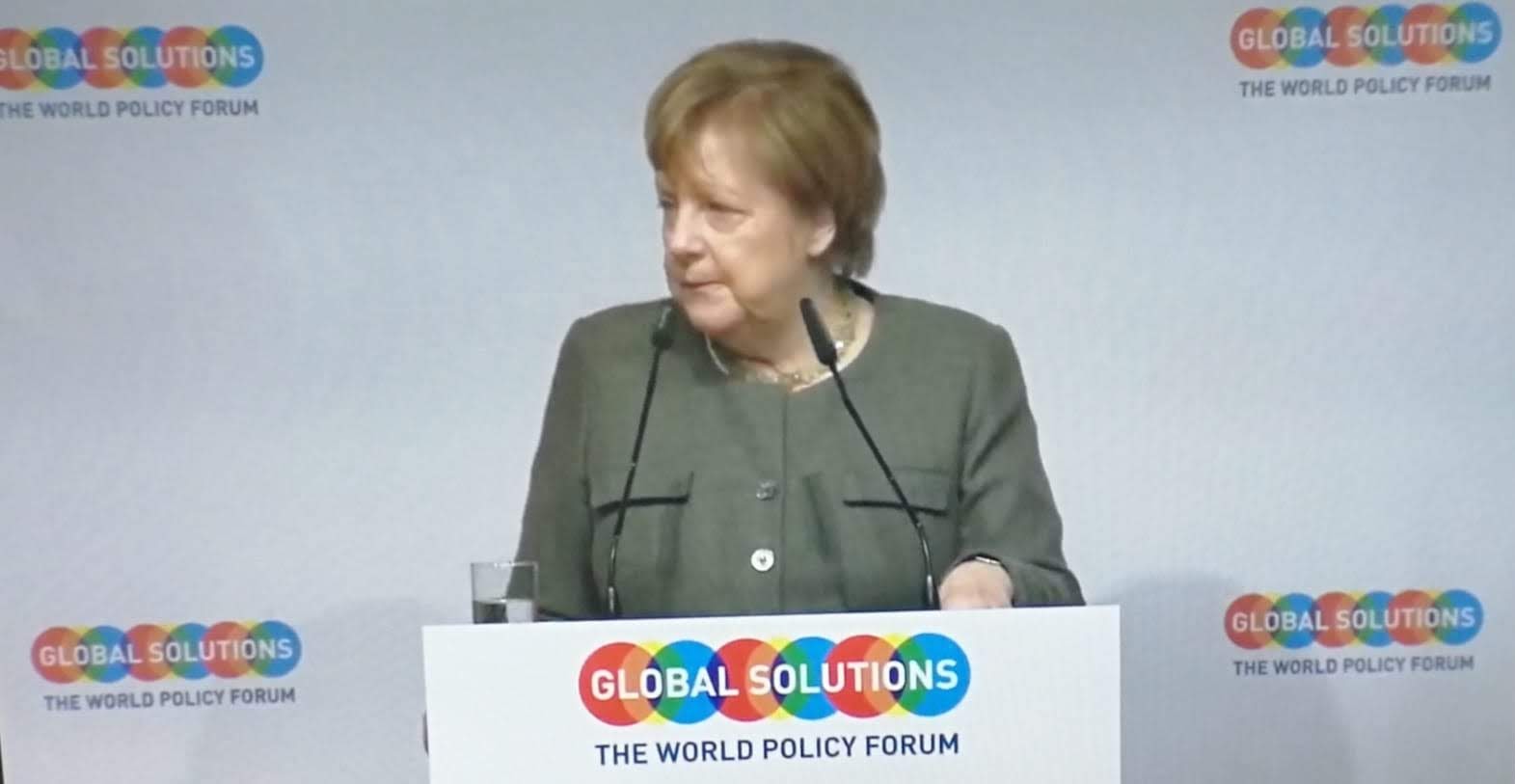 At the official opening of the Global Solution Summit 2019, the Mayor of Berlin hosted the delegates in ‘Rotes Rathaus’ or the town hall, where a giant paining describing the ‘Berlin Conference’ was hanging on the wall. More than 130 years ago; Berlin hosted 14 countries that gathered for the scramble of the African continent to mark the beginning of the colonization era. One can confirm that the men in that painting were not aware that not only were they making a decision that affects their respective countries’ share of land; but they were shaping the face of Africa and the world considering the prolonged damages of that era, and how it still profiles the world governance and political interactions. Similarly, the G20 and other multilateral coalitions need to cautiously navigate their policies that seem to affect the almost every other country directly or indirectly.

This article builds on findings of the Global Solutions Summit on the pressing need for multilateral cooperation and solving the shortcomings of the current multilateral institutes. It specially emphasizes on trade and dwells into shifting into an approach that’s more considerate for developing countries.

Why does the world need Multilateralism more than ever?

The issue of multilateralism was the centre of many panels throughout the Global Solutions Summit; with voices calling for an urgent to collaborate together, to voices asking for immediate salvation of the existing bodies. Snower (2019) explains; “humans have always managed to come together, giving up on some of their power and delegating a higher-level governance to overcome regional pressing issues "At our current time, issues such as climate change, migration and international trade seem to be demanding a larger level of multicultural cooperation every day.

The urgent need to collaborate on international trade simply stems from the fact that a country doesn’t only consume what it produces, and can’t produce all that it needs (Weil 2013). Since the early age of time countries were exchanging goods as well as factors of production (labour, capital and technology despite the resurfacing issues of patents and copyrights). Multilateral trade agreements evolved until the birth of the world's trade organization which is the largest standing trade entity with 164 members as of 2016. This evolution has led to a massive growth in world trade; the following graph illustrates the world exports as a percent of world GDP in the period (1960-2016). (Source: World Bank Indicators)

However, is trade a zero-sum game? And do gains reaped by a country would eventually lead to equal loss incurred by another? And how come the world is witnessing a continuous rise is in inequality despite this marvellous trade boom? This unregulated globalisation has contributed to the growing inequality by unevenly dividing the gains between the capital owners over workers and trade unions be it locally in developed countries where workers lose to cheap labour from other countries or in developing countries where workers struggle under harsh conditions and weak unions (Schäfer-Gümbel, T. et al. 2018). Achcar, Abdelkarim et al. (2017) explain: a new record was set in 2017, with just eight men owning as much as the half of the world’s population. Trade liberalisation contributes to wage disparity and informalisation of labour within countries. Trade advocators seem to ignore that countries harvesting the gains of trade have reached this level by either previous harsh protectionist eras (China, India) or current heavy subsidization to protect local production such as farmers in the EU and the US. These losses not only led to disparities among countries, it further led to increasing welfare gaps within countries.

Additionally, Stiglitz, Charlton et al. (2005) confirm:  the trade agreements have been a one-way reciprocity; opening developing world markets towards imports of the advanced world and closing the door in the face of their exports with barriers, and even if the trade terms were fair, some countries would still haven’t benefitted as they wouldn’t be ready for trade liberation. The least developed countries often lack the infrastructure and the global markets standards, moreover, it puts a country under risks of job loss (and other vulnerabilities such high exposure to economic shocks as explored by (Montalbano 2011)), and while employees in developed countries have their social security and qualifications that help them change jobs, workers of the south simply lack these basics. Furthermore, the negative effect of this unprotected trade for developing countries is that their local goods are no longer competitive internationally due to abundance of higher quality goods produced by other countries for a cheaper price; benefiting of their comparative advantage).

Achcar, Abdelkarim et al. (2017) further add on to that: “The narrative promoting free trade focuses on quantitative indicators such as rates of economic growth and growth in exports and neglects negative socioeconomic impacts on a large proportion of the world population, especially marginalised social groups (the very poor, rural populations and women).

The paradox that poses itself is that on the one hand, for a developed country; multilateral institutes must be emphasized as action is urgently needed to tackle the urgent supra-regional matters such as climate change, while for developing countries, the whole format of these multilateral institutes needs to be modified to embody their needs first and then other urgent issues follow through.

Towards a new paradigm on multilateral trade:

One can confidently argue that the world trade organization work at its current style doesn’t serve optimal development, for instance, considering that free trade is key for development in general, WTO doesn’t really foster free trade. Second, there is no promise that trade liberalization policy is the ideal policy for the countries of the south (Rodrik 2007). The current trade scene needs reinforced labour, social and environmental standards that are unified internationally, additionally; a special emphasis must be put on developing countries’ needs. The trade policies need to be modified to include modern day issues such as migration, supply chain fragmentation and digitalization. (Schäfer-Gümbel, T. et al. 2018).

Then how does this reform relate back to the existing multilateral institutes? Snower (2019) explains: “Cooperation at a larger scale is possible through the creation of narratives that are followed by the appropriate governance structure, thus the mission ahead of us is to create new narratives and structures that that are appropriate for recoupling our social, economic and political domains in a globalized world”. Which should place a special consideration on disadvantaged groups of the current structure otherwise would turn into a force that’s driving the world further apart.