Educating a child has always been the main issue in Pakistan. And to educate a girl in this country, the most difficult one. In Pakistan, education is given the least importance. And those who have access to it, get the benefits. 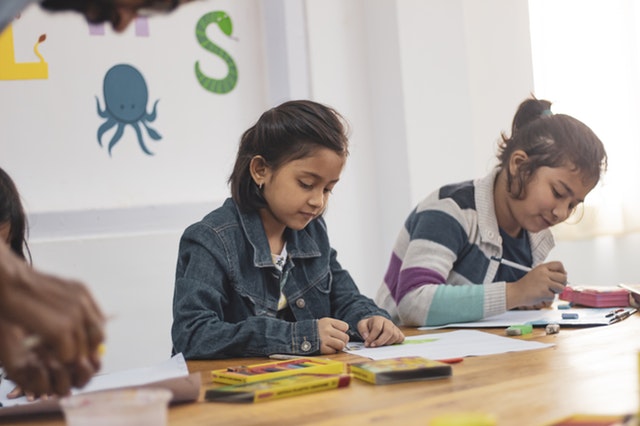 Educating a child has always been the main issue in Pakistan. And to educate a girl in this country, the most difficult one. In Pakistan, education is given the least importance. And those who have access to it, get the benefits. In a densely populated country, governments have given little or no importance in the field of education.

There is a huge proportion of people living in Pakistan whose children remain uneducated either due to lack of awareness or poverty. However, in the recent past, the number of children going to schools has increased. In the era of the digital world, people are now aware of the prospects of education. Still, there is a growing concern regarding girls getting education. According to Human Rights Watch report in November 2018, titled as ‘Shall I feed my daughter, or Educate her?’, highlighted some discrepancies causing girls getting less or no education at all.

This report was based on the fact that, in Pakistan half of the population is female, yet they are seen less in number compared to their male counterparts. Be it the schools or workplace. They put some recommendations for the federal and provincial governments for the betterment of girls’ education, for which work is in process.

The problem with girls getting education can be summarized down. Firstly, government schools for girls are poorly maintained and no such focus is kept about the classes or area where the school is located. Most of them come from remote areas, where access to public transport is minimal. And if there is a private school nearby, due to poverty, families are not in a condition to enroll them in such expensive schools. Moreover, security concern is a growing problem in schools, especially terrorism issue. In result, there is a decrease in the enrollment of children into schools. Another problem is sexual harassment for which little work has been done.

Moreover, if there are government schools nearby, they are unhygienic or access to clean drinking water is unavailable. The government spends more education budget on boys’ educational institutions than on girls. In a country, where half of the population is female, less than half of them get educated.

It is the duty of government to provide access to education to everyone. Government schools for girls should be renovated, and new schools should be built. Awareness programs must be conducted in areas where educating a girl is given the least importance. Moreover, scholarships, free food, and other such initiatives must be introduced to attract more girls to schools. Free books, no fee, and transport system for girls living in remote areas should be initiated by the government. Moreover, there should be a strict restriction on child marriage. Minimum age of 18 must be set and parents should be given awareness regarding problems of early marriage and benefits of educating a girl.

In this way, more girls will have the opportunity to compete in the job market. In this overly populated state, the government and the parents have the responsibility to educate their child, especially girls, for a better generation to come. As the founder of Pakistan, Quaid-e-Azam Mohammad Ali Jinnah, rightfully said that ‘No nation can rise to the height of glory unless your women are side by side with you’.