People around the globe have been hearing for decades plenty of failure stories concerning to the ongoing violence, chaos and conflicts in Afghanistan; a country prone to a longtime war. Though the enduring deadly war making no exception to any segment of the society but it reaps young people in an extremely merciless manner. 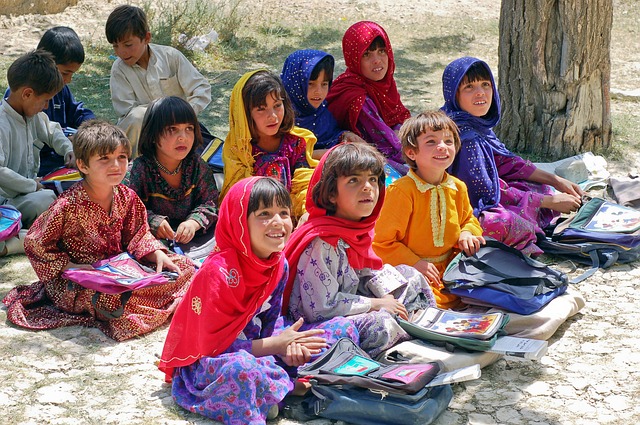 Just within August over 200 of young Afghans serving in national security forces lost their lives to the Taliban overran on Ghazni city and some districts in northern provinces. More over ISIS-Kurasan suicide bombing on August 15 in west of Kabul- densely populated by Hazara the most of our hardworking community- in a prep school claimed lives of roughly 50 well educated young females and males while wounded 67 more. Prior to this in Dec 2017 ISIS militants carried out suicide attack on a cultural center named Tibian in the same neighborhood in west of Kabul killed over 40 vast majority of them highly educated youths.

It is not mere long lasted war that has been engulfing mostly our young generation for years. Corruption, nepotism in administrative system, record high unemployment rate, lack of education opportunities and uncertainty of future are chief among the challenges that Afghan young generation struggle with. As an example, just this year only 72,000 Out of 157,000 high school graduates who participated in university competitive entrance exam were able to be admitted in universities. 85,000 of them from now on live in uncertainty while there is no sort of guarantee of a better life for those of who one day will be university graduates. To imagine the already vulnerability of education sector, 3.7 million children – 60% of them girls- which shape nearly half of the number of children in Afghanistan are out of school due to poor security situation, based on a report was put out by United Nations Children’s Emergency Fund (UNICEF) on 3 June 2018. This is the dire side of the depiction coming to the eyes of people around the world, and that is a harsh truth.

Nevertheless, of all aforementioned challenges, still hope is alive among the Afghan young generation to build their future on. By launching a best initiative for a better future our young generation responds the most murderous and horrible terrorist attacks. Our Helmand province in the south known worldwide for supplying 90% of world’s drug is now leading the most outstanding civil movement advocating for peace in the country. A group of young people in Helmand started their march to Kabul in March after a suicide bomber hit a crowd of youths leaving the stadium in the capital city Lashkargah. The group walked 600 km distance to Kabul crossing village after village, city after city and province after province met with locals and talked to them about peace. After pitching sit-ins in front of the United Nations Assistance Mission in Afghanistan and U.S, Russia, U.K, Iran and Pakistan embassies in Kabul asking an end to the bloodshed in Afghanistan, now the movement is walking bare- foot to north strolling 20 kilometer every day in their 550 kilometer journey. This movement has mirrored to the world that peace is a grassroots demand in Afghanistan.

A striking number of our young men and women are today in charge of crucial institution in public sector. Moreover, today our young generation represent Afghanistan as ambassadors to the world’s most influential countries. In a very recent and unprecedented proceeding president Ashraf Ghani picked a well-educated man representing the Afghan young generation Hamdullah Mohib as his national security advisor. As on October 20 we hold our long delayed parliamentary and district council’s elections, a huge number of young men and women running for. Out of over 100 ministers and deputy ministers, about half are under the age of 45. The classic patronage politics has been losing to a generational shift happening in Afghanistan.

Our an all-young girls robotic team who once briefly was denied entry to the U.S has been hitting the headlines for their one after another winning in different countries, the most recent one is receiving Safety Award from Mexico. A number of very young Afghan refugees in 1919s in Pakistan’s Peshawar dusty lanes started cricket playing, today sake of their painstaking work our national cricket team draws a broad bright picture of Afghanistan for the world. Our media sector relying mostly on talented young people is counted biggest of the achievements have been made in the past 17 years.