24. May 2017 at 09:48
by Muhammed Tekanyi
Out on the western capsule of mainland Africa and at nose to the Atlantic ocean seats a nation with abeautiful strip of land buttered by a sooth river after which it was named and gloriously infested withsmiling people - The Gambia! 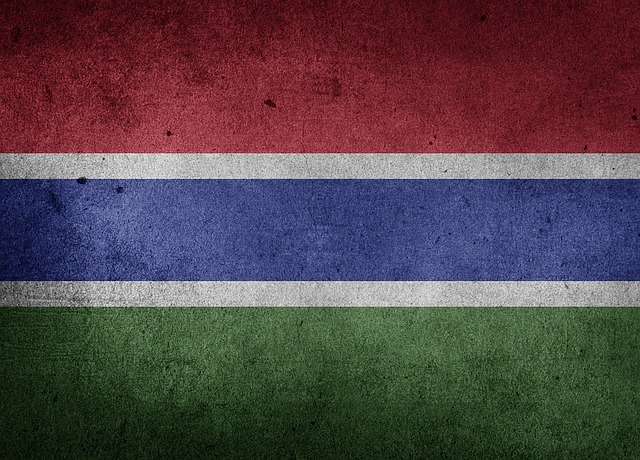 A nation that is blessed with diverse people of different tribes, culture and traditions whom are recognised as quick but yet intact in adaptation with whatever rolls their corridors. From science to technology, from music to hospitality, from advocacy to business, her people huddle all the way breaking barriers to the end while raising the national colours high.

Notably one of the few if not the only country globally, gifted with the act of peacefully living together and joyfully sharing traditions regardless of religion or tribe, region or class - from customes to gatherings, from names to dishes, from spiritual celebrations to regional jokes, all serving as ingredients to the bonds of her social fabric.

However, I got so much fascinating moments and stories while growing up in The Gambia as a child and one such memorable adage that i was so familiar with was "mind your business and save your life", which I and many others often then mistakenly considered as abusive but it was in the early part of my adulthood that I concluded of it being a living principle and not derogatory per say. For it is indeed true that life itself is a business run by many enterprises in a single but broad marketplace - Earth! And this calls for caution in the struggle for survival to prevent the hindrance of other's pursuit because it often results with difference.

Fast forward, in the older part of 2016, my tongue-like country The Gambia made global headlines with a first spot trending on the most engaged social media site – Facebook, which was bred by two major factors; first, the sight of a first democratic change and second, the birth of a third Republic in more than five decades and a change after gaining independence from British colonial rule, without the unpleasant noise of a gun as ceremonial to her sister African countries!

For some, the democratic change was an euphoria to celebrate and for the others a climax to look down but for a small "Njago" boy in me, a dream chaser and a first timer in the northern part of America to be precise New York - the city said to be never asleep, it was neither of the above simply because of my mind set on success. And more to me, it was not a period of looking up nor down but straight while minding the business to save the life of that beautiful country called The Gambia reasonably justified by the fact that time never waits.

Sadly to say, the business wasn't minded (the source of which is reserved for another day) resulting to the first nightmare of the mother with worried minds like mine scared of the unforeseen pronouncement of the demise of the most welcomed newborn at infancy.

With the increasing flow of anxiety in a peaceful country that has never experienced war, it was a thick mixture of reactive feelings in which some remained unworriedly firm and optimistic of the baby's survival despite the turbulence therein and were busily preparing for his christening but a few gave up and took the first train to seek refuge in the neighbouring country Senegal with others going further down to Guinea Bissau while many stayed but resorted to prayers in their closets and never doubted the might of their "prayer beads".

The child went through a febrile illness but fortunately survived and all regardless of choice of reactions to the child's illness, won with big smiles - indeed peace heavily defeated disorder!"

And yes! The baby is slowly growing after that terrible febrile syndrome but there lies the childhood illness called "difference" relentlessly pursuing to fail his thrive through people engaging each other with reactions. But I said to them "hey" at the peak of my "Jarranka" voice in the mid of the slums of niumi that look “no difference is settled with a battle but only through dialogue!" Hence the need for the new king (ruling supporters) inviting the retired (opposing supporters) for a drink at the palace in recognition of his retirement while integrating him into the life of the new kingdom which the later has to honour in order to bless his acceptance into a modern flora but not by an announcement at the "bantaba" which is often chosen.

Cordiality always stands taller than hostility in the generation of generals!

Thus Gambia as a country got work to do and it's neither by her people looking at the past nor focusing on differences that they can make that happen but it's instead in minding the business as citizens in the pursuit of prosperity to save the life of the smiling coast of Africa which can only be delightfully achieve as one people of one nation. Hence a reminder that solutions are not made from reactions to problems but rather gained in restraining from them.

The beauty of democracy therefore is better enjoyed with responsibility than abuse and this is what will make diversity used as fuel to fly the country’s development jet!

God bless my home, The Gambia!

Cite This Article As: Muhammed Tekanyi. "For The Gambia My Homeland." International Youth Journal, 24. May 2017.