“Propaganda is to a democracy what the bludgeon is to a totalitarian state.” Media is pervasive, and as time progresses, it appears to infiltrate our ideology and mind-setting, thus leading to an increasing influence to a chunk of our everyday actions. 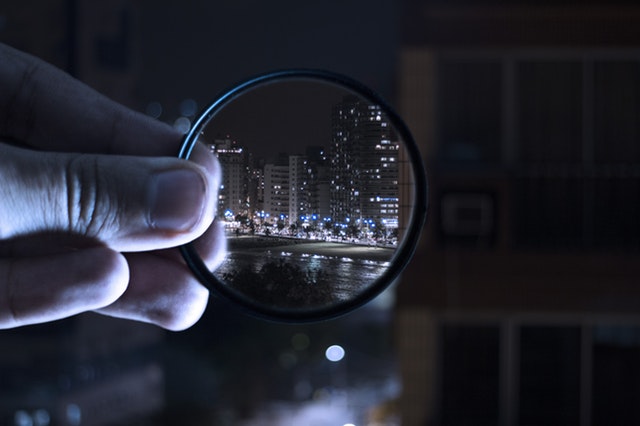 This power encapsulated by media is often an end toward which politicians’ efforts are directed, using media as their instrument for their pursuit of prestige or self-preservation. Apparently, like what Andrew Heywood remarked, the media now constitute much more than a channel of communications; they are part of the political process itself, affecting, and not merely reflecting, the distribution of power in society at large.

The first step in dissecting media and its mobilizing power in the Philippine context is through a thorough analysis of the intricate framework of policies and structures via the “propaganda model”.

Advanced by Edward Herman and Noam Chomsky, the Propaganda Model is an analytical framework that attempts to explain the performance of media in terms of the basic institutional structures and relationships within which they operate. In their book entitled Manufacturing Consent, they explained how populations are manipulated and how consent for economic, social, and political policies is "manufactured" in the public mind due to this propaganda.

Using this model as the basis, media in the Philippine context can be analyzed via the five “filters” where raw materials of news pass through, leaving only the cleansed “residue” fit to print.


The first filter: Size, Ownership, and Profit Orientation of the Mass Media
Although nowadays, there’s this liberal view that the market would enforce responsibility, it can also be seen how the expansion of the free market has been accompanied by an “industrialization of the press”, reflecting the rise in scale of newspaper enterprise and the associated increase in the capital costs from the mid-nineteenth century onwards – an important reason deduced by Herman and Chomsky themselves.

This is why the first filter – the limitation on ownership of media with any substantial outreach by the requisite large size of investment – has been dubbed to be increasingly in effect over time. It is notable to take Sheila Coronel’s account on how media ownership in the Philippines emanated to be: “As in other periods of change and upheaval in Philippine history, the fall of Marcos saw the rise of many papers catering to a news-hungry public.

Many of them eventually disappeared, but many have remained up to the present day. In the post-Marcos era, the media situation became much like what it was in the 1960s. The economics of newspapering for a mass market meant that the media ownership would be limited to a small elite. Thus, what started out as journalist-owned, anti-Marcos newspapers like the Philippine Daily Inquirer and Ang Pahayagang Malaya (The Free Newspaper) were eventually sold to more established entrepreneurs.”

This gives justification to Herman and Chomsky’s view that this trend toward greater integration of the media into the market system has been accelerated by the loosening of rules limiting media concentration, cross-ownership, and control by non-media companies. Because of this filter, the media companies’ dependence on or ties with the government encourages them to protect themselves through lobbying and other political expenditures, the cultivation of political relationships, and care in policy.


The second filter: The Advertising License to do Business
Just as what Sir George Lewis once remarked, the market would promote those papers “enjoying the preference of the advertising public.” According to AdReaction: The Art of Integration, a new study from Kantar Millward Brown that examines the global state of multichannel advertising campaigns, in the Philippines, 89% of consumers that were surveyed report that they are seeing more ads in a wider variety of places than they did three years ago.

As the propaganda model pointed out, an advertising-based system will tend to drive out of existence or into marginality the media companies and types that depend on revenue from sales alone. The power of advertisers over television programming stems from the simple fact that they buy and pay for the programs, thus making them the “patrons” who provide the media subsidy. The choices of these patrons greatly affect the welfare of the media, and the “patrons” become what William Evan calls “normative reference organizations” whose requirements and demands the media must accommodate if they are to succeed.


The third filter: Sourcing Mass Media News
Here, it is justified how "the mass media are drawn into a symbiotic relationship with powerful sources of information by economic necessity and reciprocity of interest." Moreover, as Henry Kissinger has pointed out, in this "age of the expert," the "constituency" of the expert is "those who have a vested interest in commonly held opinions; elaborating and defining its consensus at a high level has, after all, made him an expert." It is therefore appropriate that this restructuring has taken place to allow the commonly held opinions (meaning those that are functional for elite interests) to continue to prevail.

The fourth filter: Flak and the Enforcers
Herman and Chomsky referred to “flak” as the negative responses to a media statement or program which take the form of letters, telegrams, phone calls, petitions, lawsuits, speeches and bills before Congress, and other modes of complaint, threat, and punitive action. The current situation of media in the Philippines was described by Lin Neuman of the Center to Protect Journalists (CPJ). According to him, the best of the contemporary Philippine media are very good and remain a bastion of muckraking courage. Public issues are widely discussed in print and broadcast media, and there is almost no official control.

Unlike most Asian countries, it is unheard of for the Philippine government to successfully keep embarrassments and flaws out of the media. The producers of flak add to one another’s strength and reinforce the command of political authority in its news-management activities. Although the flak machines steadily attack the mass media, the media treat them well. They receive respectful attention, and their propagandistic role and links to a larger corporate program are rarely mentioned or analyzed, thus reflecting the power of the sponsors, including the well-entrenched position of the right wing in the mass media themselves.


The fifth filter: Anticommunism as a Control Mechanism
As a “fear ideology”, according to Herman and Chomsky, communism can be seen as the ultimate evil that has always been the specter haunting property owners, as it threatens the very root of their class position and superior status. The anti-Communist control mechanism reaches through the system to exercise a profound influence on the mass media. The ideology and religion of anticommunism is a potent filter.

After passing these five filters, it is justified how the range of news that passes through the gates can even more sharply limit what can become "big news" and be subjected to sustained news campaigns. The representatives of these interests have important agendas and principles that they want to advance, and they are well positioned to shape and constrain media policy. Furthermore, because of the processing of information that takes place, we are likely to succumb to the established political bias, whether it be partisan, unwitting, ideological, or propaganda. Media is, indeed, a tool for manufacturing consent, and that the political economy of the mass media is what powers this mechanism.

It’s time to take off those rose-tinted glasses and recognize processed information in a more critical perspective. We must not be tricked by the cudgels and seek the authenticity of what is wielded before the media.