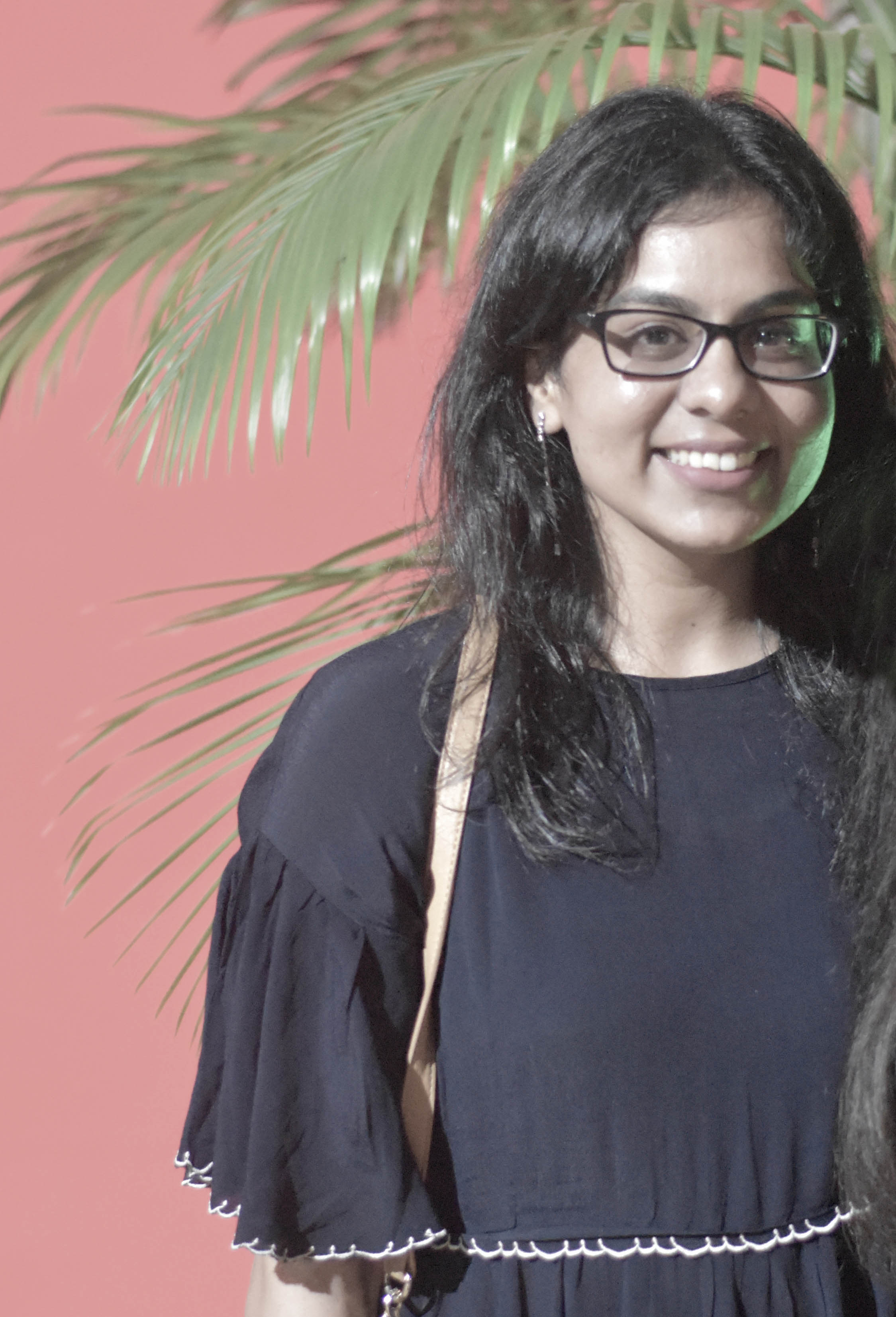 The heritage structures need to be enveloped and encompassed within the newly created precincts. They are the lifeline of a place, the storyteller of the reason of our existence that hides beneath the layers of stones and traditions. Man must progress and move. Modernization and urbanisation are the keys to the lock that opens up the gates to growth. Though, the price that we pay is inhumane. 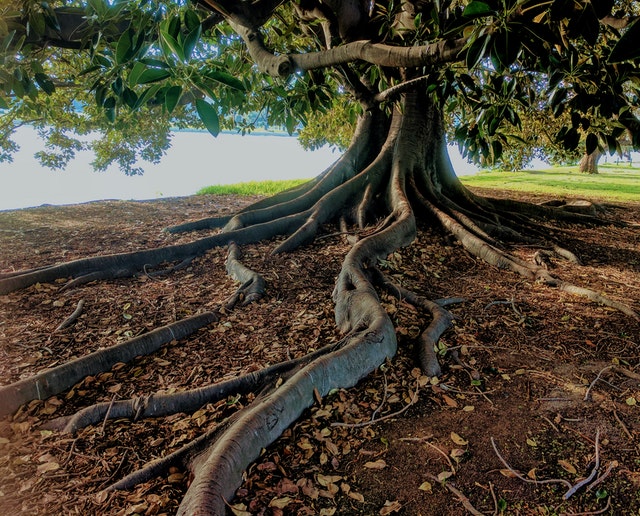 We live, we create, we leave impressions in every minuscule thing we do. The imprints continue to speak the saga of our existence for the ages to come. We aspire, we move and we leave behind our roots that continue to reflect our pristine culture.

Today, is a reflection of an unfulfilled desire. A tree ceases to exist without its roots and so are we, a hollow empty cage of stardust without our heritage and culture. The greed for luxuries keeps us moving, a desire for comfort drives us towards a never ending race at cost of nothing but our very own ethnic pride and art.

The world is moving from an agrarian economy to industrialisation and new technologies. Consequently, it draws the crowds to the urban centres resulting in urbanisation. The trend of urbanisation cannot be reversed. There has been a remarkable growth of India’s population in urban areas over the last two decades. Increasing urbanisation in metropolises or mega cities like Mumbai, Delhi, Kolkata, etc., has shown the necessity of dormitory towns in their vicinity to accommodate the urban sprawl. These dormitory towns or satellite towns are small towns in the periphery of these metropolises. These small towns have their own vernacularism, in which lies their essence. But in the contemporary conditions, these towns have been developed into miniatures of the metropolitan cities areas depriving them of their originality.

“Located on periphery of the city of Gurugram, I was a sleepy village with agrarian economy, folklore and sparse population with people from different communities, all green, in peace”. Spurred with the success of Gurgaon as the ‘Millennium City’, the Haryana government declared Manesar a site for a 4000 acre Industrial Model Township, a program of the Indian government to attract businesses and investments from international companies. This resulted in transformation of a dormant village of about 1000 dwellings on Delhi-Jaipur highway to one of the fastest-growing townships in India. Today, it is swamped by people from all across the globe, indulging in almost every profession one can think of in the modern India. Farmers have become millionaire or multi-millionaires by selling their lands. A majority of them are living upscale lives.

The rapid growth was accompanied by alternation of several land uses. “Mud and brick huts, the vast chunks of agricultural lands that once enlaced my landscape, now stand on a brink of extinction. The breathing settlements with their essence of mud, feel of barefoot on brick paving, wind chimes within the internal open courtyards are today loaded by lifeless sky soaring concrete structures. The once lush green lands, swaying and singing of rejoice with the first spell of rain now lie still with lifeless and rigid covers that blemish their remains”.

Insensitive as these structures are, the people residing within are left to just exist. These land use alternations and alterations led to varying degrees of land cover changes which are currently paving way for the construction of new roads, new residential and industrial layouts, recreation and amusement parks.

“The older settlements have been overwhelmed and squeezed into the narrow confines of their built properties by the new developments.” In a region where joint settlements were surrounded by agricultural lands, the sale of their agricultural holdings at nominal sums has left them with only their homes in the villages. Romanticised fantasies of an idealised rural life and Indian urbanism abound and continue to fool people to yearn for luxuries at the cost of their own comfort and simplicity.

“History, heritage, and village life, were denigrated all at once, global spaces that they created as alluring visualisations and for experiences bury beneath them the dreams of millions of rural pastorals, transforming my native, cultural and intrinsic setting into the monotonous urban form”. A redundant replica of big urbanised metropolitan city like Delhi and NCRs has very well ruled the local inborn scenery of Manesar.

“The legacy from18th and 19th centuries that I carry in my heart are long forgotten amidst the dust and noise of an urbanised life, I am threatened by transformation, a change in never yearned for, a change that continues to put a price to my existence”.

To capitalise on their tourism potential, the monuments that dot the town have been taken up for preservation only since 2009. Luxury hotels vie with each other to promise distinctive and memorable experiences, conjure tantalising visions of the pleasure and a lost memory of a mythical orient. Heritage Village Manesar has been conceived and promoted, according to its marketing brochure and website, as ‘Rajasthani Haveli style palatial resort’ that invites guests to experience ‘a world of ethnic grandeur’. “An irony of human desires- I saw them demolish my innate grandeur, the vast open spaces and now, I see them re-create the lost charm, the natural settings back again.”

Varying levels of affordable housings have come up in this area to hold the ever rising population of people migrating to these regions. Large housing projects comprising of vast open green spaces and nucleated housing tend to be the major infrastructural mediation. These projects very well reflect the vernacular inborn setting that the place was once bestowed upon with and blend smoothly to suit the spirit of the town. Creation of these artificial yet lively spaces brings back to its residents the same local sentiment of living close to large agricultural lands. At a major level, the past land use pattern with cluster housing and alternate greens, is restored, helping to preserve the natural heritage of Manesar.

The global imaginaries of the Gurgaon and Manesar region, with their allusions to a placeless cosmopolitanism, and connectivity to the global economy, belie their rootedness in local specificity of history and circumstance. “The vast tracts of land, outlined by wide, straight roads, the futuristic towers, the apartment blocks set amidst manicured gardens are all my lost replicas, they try to create within their homes today.”

Cities and towns are centres of innovation in the economic, cultural, and social realms. The efforts to re-humanize our cities through culture-sensitive urban strategies are increasingly underpinned by a sprint to access, representation, and participation.

As the Global Taskforce of Local and Regional Governments acknowledges the need to explicitly include culture in the paradigm of sustainable cities: “Culture will be key in the success of sustainable development policies, as driver and enabler of development and people-centered societies. A holistic and integrated approach to development needs to take creativity, heritage, knowledge, and diversity into account.”

Small towns, with their intrinsic cultural identity, social-realm, native character are unexplored opportunities to become transformative platforms. To preserve what is gifted and to carry and build along the natural-scapes, the role of cultural practices, inherent city character, and values must be explicitly recognized, supported, and integrated into planning and policy in a systematic and comprehensive way.