She is known for preventing the Nigerian index case from leaving the hospital at the time of diagnosis, thereby playing a key role in curbing the spread of the virus in Nigeria. On 4 August 2014, it was confirmed that she had tested positive for Ebola virus disease and was being treated. Adadevoh died in the afternoon of 19 August 2014. 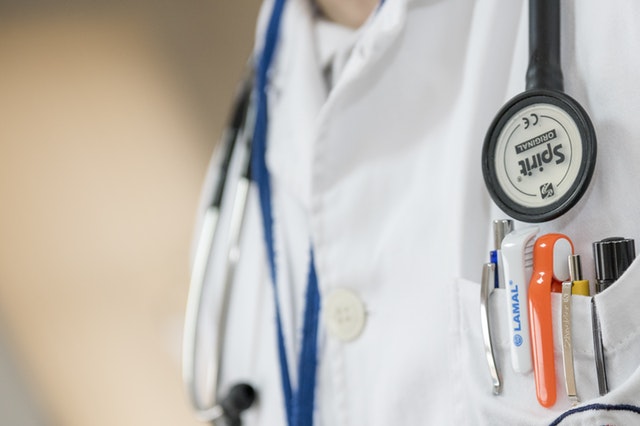 “The last time I saw her face-to-face was the day I went to the centre to give her footwear and her iPad. She was physically very weak. This was someone I had never seen fall sick in my life. I took all the stuff to her and put it through the door, she had to go and collect it because I couldn’t go into the room. We spoke through the window, I was crying. But she was adamant, she said: “Don’t worry, son. This thing is not going to kill me, but I am very proud of you.” Those were the last words she told me. This was about 10 days before she died. The WHO Doctor Dr. David told us that it was just a matter a time before she dies, that we should expect the call the next day or in the next week. We were waiting for the call. But he kept telling us that it was a matter of time. It was worse than receiving the actual call.” – Mr Bankole Cardoso, Son of the Late Dr. Stella Adadevoh recounts the gory details surrounding her mother heroic departure after she was diagnosed of the EVD strain.

“The following night, Dr. Adadevoh was moved to our isolation ward from her private room where she had previously been receiving treatment. She had also tested positive for Ebola and was now in a coma. She was receiving I.V. fluids and oxygen support and was being monitored closely by the WHO doctors. We all hoped and prayed that she would come out of it. It was so difficult seeing her in that state. I could not bear it. She was my consultant, my boss, my teacher and my mentor. She was the imperial lady of First Consultants, full of passion, energy and competence. I imagined she would wake up soon and see that she was surrounded by her First Consultants family but sadly it was not to be.” – Dr. Ada Iganoh, an Ebola survivor and colleague to the Late Stella Adadevoh narrates the sad ordeal leading to the heroic demise of Dr. Stella Shade Ameyo Adadevoh.

"The Liberian ambassador started calling Dr Adadevo, putting pressure on her and the institution. He felt we were kidnapping the gentleman and said it was a denial of his fundamental rights and we could face further actions. "We lost some of our best staff. Dr Adadevoh had been working with us for 21 years and was perhaps one of the most brilliant physicians. I worked with her. I know that she was sheer genius."-Dr Ohiaeri, Chief medical consultants, First consultant’s hospital Lagos..

The very sacred concepts of the creators view towards our love, care and absolute benevolence among ourselves has not only been eroded by our lust for social vanity but have also been regarded as a 'lost symbol' we rarely can recover. The moral idiosyncrasies that surrounds societal altruism has always been a thing of discuss in different strata of human endeavors as it affect our Divine interpretation. To some, it's a journey that obviously bears no fruits while others likened it’s divinity as a mere “Divine Exercise” which reels her victim into eternal obituary. Even jihads are rare to come by if we must remain frank with ourselves in this age and time where man has lost the very essence of his own existence.

At a time when countries like Sierra-Leone, Liberia, Mali, Guinea and a host of other African nation suffer great tragedy and pains as a result of the Ebola virus outbreak, the Nigeria nation glides through its containment with little or no hassle. Known for preventing the Nigeria index case from leaving the hospital at the time of diagnosis, the name Dr Ameyo Adadevoh rings a bell in the historical mileage of Nigeria Health history as it relates the superlative performances towards her outstanding role in the curbing of the dreaded Ebola Virus Disease in Nigeria.

Adadevoh fought like a gallant soldier upon seeing the enemy combatants. She became the rare General who sought to take the aiming bullet all for the good of her troops. She was a replica of an astute war-lord, a fine and absolute professional in her endeavors. She sought patriotism over personal interest even when she could have decided to turn a blank eye.

The heroic doctor who paid the ultimate price held down the Liberian diplomat who was already sick with the EVD from leaving the confines of the hospital despite knowing the implication thereafter. Her brave gallantry drastically averted what would have resulted into a nationwide situational crisis. Humbly, she paid the supreme price at the expense of over 180 million Nigerians who wasn't prepared for a crisis situation at a time when this virus broke loose.

In the Nigeria context, the Ebola virus disease outbreak became only a hypothetical case which could have left so many Nigerians in tears and taters. This gory situation was averted with the sole heroics of Dr. Ameyo Stella Shade Adadevoh alongside few of her professional colleagues who fought so hard to containing a killer disease whose nemesis knows no bound to her victims. Sadly, the worst was confirmed on the 4th, August, 2014. She tested positive to the Zaire strain of the Ebola virus. Even at death, she remained resilient and positive as she fought the inevitability of Mother Nature.

She was a dogged fighter who died for a cause she passionately care about.

Subsequently, on 20th October, 2014, WHO after thorough investigation and onward review declared the Nigeria nation Ebola free. What a priceless price! What a gallant soul! Oh, how i long for such a large heart and patriotic drive. As we remember this great soul who fought for God and for country, we also use this medium to praise other compatriots in the medical line who this dreaded virus must have ended their sojourn in the call of duty.

Dr. Adadevoh was the first to alert the Nigerian Ministry of Health when H1N1 spread to Nigeria in 2012. The box office movie 93 days was hugely inspired by her heroics as demonstrated by the lead character Bimbo Akintola. For ever in our hearts.