The epoch making events between the two leaders who operates very contrasting governments saw the US president defiling the odds as he crossed the DML at the truce village into North Korea in shook hands with Chairman Kim whose surprise was an expression made in ecstasy. 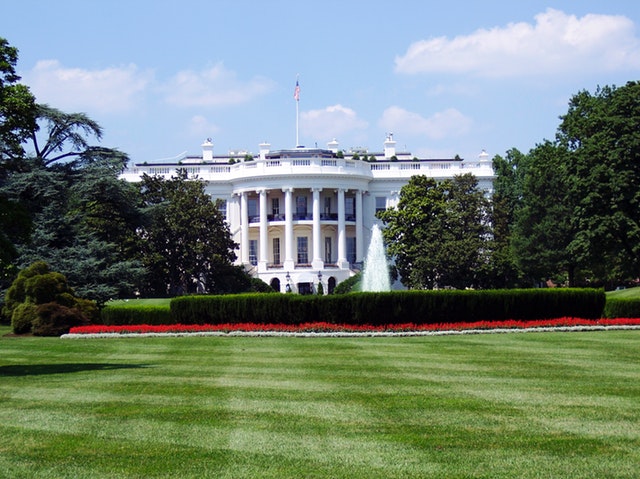 The president of the United States Sunday 30th June re-wrote the diplomatic history books shortly after he left the G-20 summit in Osaka Japan with a surprised visit to the North Korean leader. Trump who made possible this meeting arrangement through a supposed twitter call to the Korean leader officially became the first US president to step foot onto North Korea DMZ soil. It was the second time the two leaders will be meeting since their meet in Hanoi sometime in February 2019 and technically their third after the Singapore debut summit held at the Capella Hotel, Sentosa, Singapore in 2018. It was on this debut summit that the duo first officially made a move through a joint statement agreeing on varied peaceful negotiations with the main theme being a denuclearization of the Korean peninsula within the DMZ. Though, the zone separating both nations seems demilitarized, the crux of the militarization arises way after the border beyond the strip which forms the greatest militarized border in the world.

The epoch making events between the two leaders who operates very contrasting governments saw the US president defiling the odds as he crossed the DML at the truce village into North Korea in shook hands with Chairman Kim whose surprise was an expression made in ecstasy. "It's good to see you again", "I never expected to meet you at this place" and "you are the first US President to cross the border," he exclaimed.Chairman Kim also reciprocated as both leaders also strolled into the South Korean side of the DMZ border. It was a spectacle full of great vibes as the duo walked around the Joint Security Area (JSA) engage in a conversatorial mood.

During the Armistice agreement on July 27 1953, a DMZ was created on each side which gave an equation to both the DPRK now North Korea and the Korea Republic “South Korea” an option to move their respective troops 2,000 m (1.2 miles) from the front line thereby creating a buffer zone 4 km (2.5 mi) wide. The MDL or DML goes through the mid-point of the DMZ which officially divides Pyongyang and Seoul. It is also an indicative of where the front-line was during the Armistice agreement that made all troops move away.

On until this auspicious event that saw president Trump broke this long historic ice, the Military Demarcation Line hasn’t witnessed such feat owing to the inability of the DPRK to conform to international guidelines on nuclear proliferation and the UN position on disarmament. Though, this hasn’t change from what it used to even to the present, but a more hopeful president Trump believes he is on the edge to making a better deal which will eventually get Pyongyang back onto the negotiation table.

North Korea has an unholy rise of military artillery with a disturbing nuclear act that has caught the attention of many most especially G-20 nations who believes such arms proliferation amounts to a cold war display that contradicts international guidelines on nuclear caps. According to reports, North Korea has over 10,000 rounds of bombs with various degrees of nuclear arsenals and ICBM. The Hwasong-14 was the first tested ICBM, in July 2017.  Again, Chairman Kim and his bomb tasty men launched the Hwasong-15 in November of 2017. This attracted serious condemnation which brought the communist nation under strident economic sanction both by the UN and the US. Pyongyang continues their display of defiance on denuclearization on until April 11, 2018 when they presented five entreaties as conditions for a complete DMZ and ultimate dismissal of capable ICBMs.

On the 24th of May under the strict instructions of Chairman Kim, the communist nation destroyed the Punggye-ri Nuclear Test Site under the watchful eyes of international journalist. Though, it was restricted to inspection expert who could have verified the authenticity and extent of this destruction that saw the supposed explosions portals to test tunnels.

Trump and Chairman Kim have had a rough path in the past with frequent back and forth negotiation always going south prior to the June 30th historic meeting at the MDL. Their frosty relationship in the past created a lot of concern when Washington promised to match tension with the communist nation with fire and fury should they continue to test ICBM unethically. This was basically followed by Chairman Kim threatening fluke to test an ICBM near the US territory of Guam which basically alarmed the people of Hawaii.

While many are of the opinion that the June 30th visit of president Trump to North Korea was rather for the “show”, some others feel this might just be the eureka moments for Donald Trump who has always wanted to make a victory deal with the North Korean leader. The DPRK has always seen their armaments stockpiling as a heritage which must be preserved for the defense for their territory most especially against western powers whose sanction they now suffer as a result of their nuclear insensitivity.

Given the advanced move by president Trump, the North Korean leader who didn’t expect the crossing of a US president unto the Korean DMZ expressed his expectation moving forward. “This will go down memory lane in the history of international politics” Kim stated.

A polite Trump who couldn’t hide his obvious ego replied thus; “this is a great historic day. Today mark a step probably in the right direction. We understand each other and that can lead us to great things.” Trump concluded.

No doubt this is not the first time the duo are making nice statement during meets but with a 50mins long conversation at the Freedom House this time around, many are of the opinion that Donald Trump might just be able to pull a string in getting a fair deal which will completely and permanently place a cap on the size of military artillery stockpiling unlike the Obama-Iran nuclear deal. But then again, the big question then arises; will Chairman Kim Jong-un renege afterwards?

Basically, this unusual bromance between the two leaders leaves a curious mind wondering what surprises awaits the world who now watch this political drama of international diplomacy unfolds in utter consternation.

No doubt, North Korea has a lot to ask as top on their priority is a cordial relationship between Washington and Pyongyang which could automatically gives the communist nation a flesh recognition on the international politics of global diplomatic partnering.

But then again, is this just a “show” as the 2020 presidential election draws near or maybe an illusive "Noble peace prize"? Time will definitely tell.